Beat Da Beat is a rhythm-based space shooter releasing on PC via Steam on the 11th of March. Initially developed for mobile platforms, developers Nekki has now expanded its offering to the PC realm, so how does it hold up? Johan Keyter goes in lazers a-blazing. 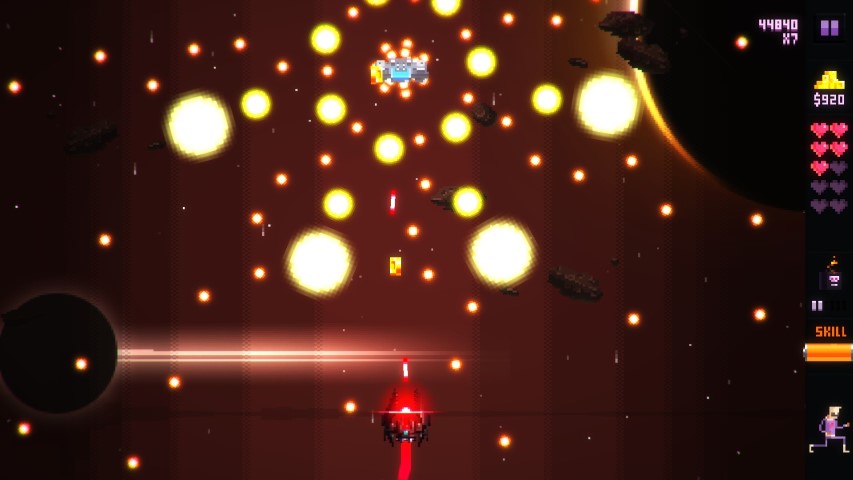 Mixing the popular 'bullet hell' genre with smashing music is a well-known idea, but Beat Da Beat adds to this by introducing rhythm-based mechanics. 'Bullet hell’ games refers to titles that look and play similar to arcade-era space titles such as Gradius or Asteroids, with the trend arguably stretching back to Space Invaders. The rhythm-based nature of Beat Da Beat shakes things up a bit by synchronizing the appearance of enemies with the continuous background score, allowing players to anticipate enemy actions... to an extent.

Jumping into a session of Beat Da Beat first sees the player selecting their ship from a roster. Initially, you will only have access to the starter ship, but higher tier vessels can be unlocked by earning and spending in-game gold. After you've selected your ship, the game throws players into the fray immediately. One might be distracted by the electrifying effects and undeniable pull of the music at the start, but inattentive pilots never last long in space. 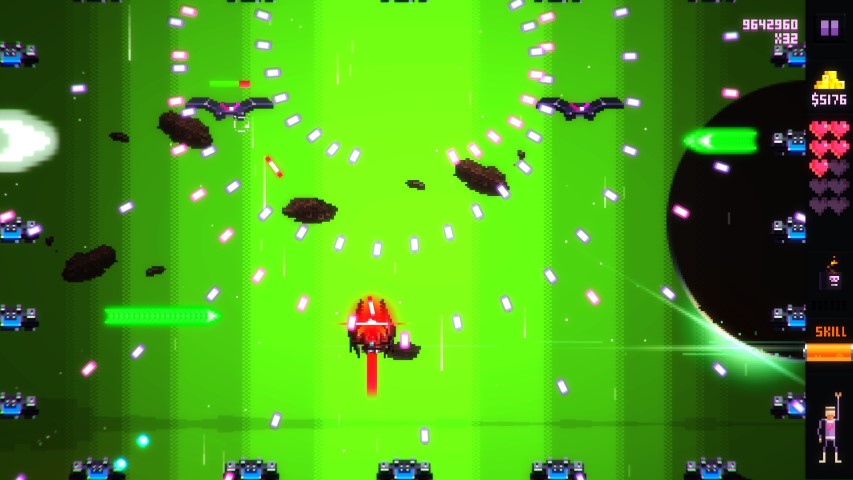 Using the mouse, the player is tasked with dodging, dipping, and diving immediately - if they don't want to be turned into cosmic dust. The mouse lends your ship surprisingly accurate and responsive flight controls, veritably zipping across the screen at the flick of a wrist. Okay, now we're successfully dodging enemy fire, and thankfully our ship comes equipped with automatic cannons, meaning we're spitting lasers right back at the enemy.

As the music intensifies and enemies appear and are destroyed, the cosmic dance of lasers that is Beat Da Beat truly commences. In addition to dodging and shooting, players can also access an area-of-effect attack via the left-mouse, and a unique ability with right-mouse. These unique abilities vary from ship to ship, with some granting you a temporary shield, and others altering your attack type, or even sucking up gold dropping from your vanquished foes. 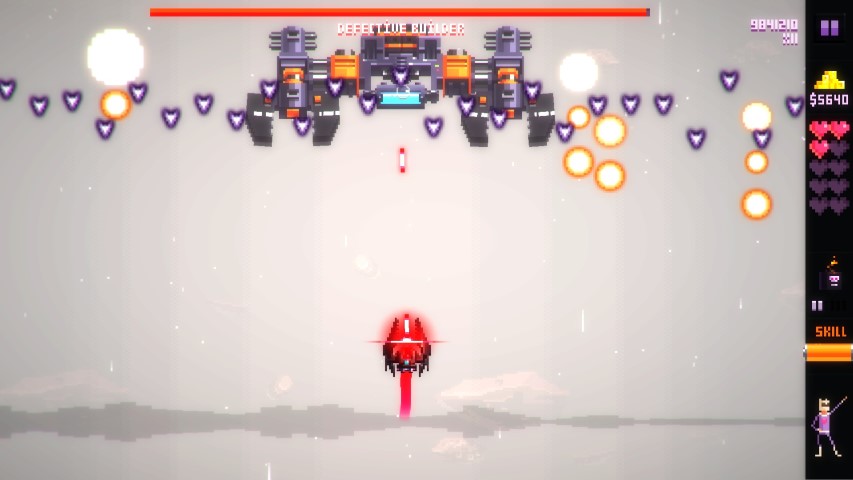 As you progress through the game different enemies, different beats, and challenging bosses will appear to attempt to destroy you. As with old arcade games, there is no save or load functions in Beat Da Beat, meaning it can be quite brutal at times. However, we found that a dose of hard work (and a few obliterated spacecraft) allows one to save up quite a bit of gold, allowing the fallen pilot to buy a new ship, or upgrade their old one with increased weapons and armour.

Beat Da Beat is a great title for when you have 20 minutes to kill or if you just want to relax with a bit of no-nonsense space shooting after a hard day. While there is a bit of a story, the game doesn't ask for a huge emotional or time investment, allowing you to jump in and out very easily. The music in Beat Da Beat is, again, absolutely amazing, and the way the tunes and visuals sync up to the gameplay is gorgeous to simply stare at.

Beat Da Beat will be available on the Steam store (for PC) from March 11, and you can pick it up for your Android or Apple mobile device right now. Hit play on the video below to see Beat da Beat in action.

Death Stranding gets another weird trailer