For better or worse, crowd-funded games are all the rage these days, from behemoths like Star Citizen to the hundreds of indie games jockeying for position on Kickstarter. We recently had the opportunity to take a look at the short pre-alpha demo of one such game, Woven.

An indie adventure game from Alterego Games and Digital Forest, Woven puts players into a colourful world inhabited by an assortment of creatures made from wool and yarn. In fact, the whole world seems to be made of yarn in some way or another, and all the characters can basically be described as living dolls. 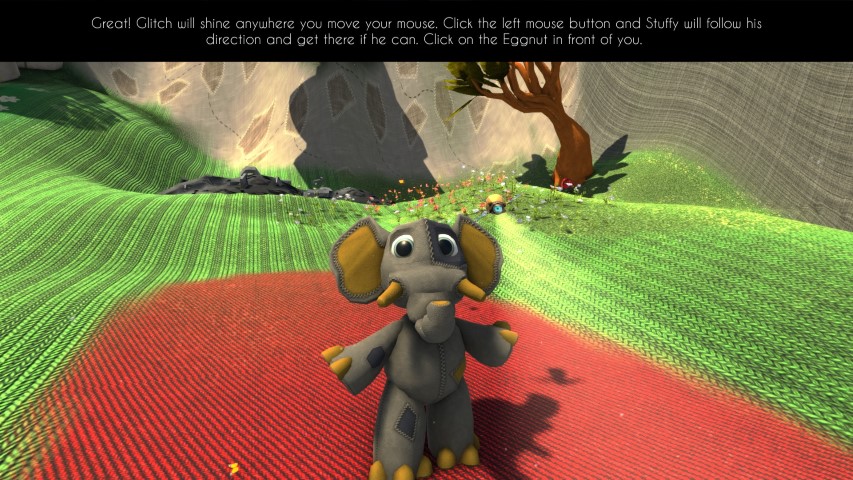 Our main character starts off as an elephant doll, but necessity will soon change that.

The game initially opens with an atmospheric and slightly dark intro, but the mood soon lightens us we are introduced to our two main characters, Glitch and Stuffy. Glitch is a kind of mechanical firefly who is capable of scanning objects and characters in the game and recreating them through 'knitting' the scanned designs. Glitch also seems to have had some as of yet unknown dark past. Glitch was alone and friendless until he found Stuffy, a happy-go-lucky elephant doll who became his first friend. Together, these two traverse and explore the world of yarn that is Woven. Outside of these titbits, the demo doesn't go into too much detail regarding the story of the larger world, so it is up to the player to figure it out as they go along.

Opposed to the slightly foreboding aura of the intro, the game itself is intensely bright and cheerful most of the time. The overworld is filled with all manner of yarn creatures and biomes to be explored, albeit in a rather linear fashion. Gameplay is slightly unique in that players direct Stuffy's movement by using Glitch as a kind of torch or guiding light. Using Glitch you can click on different areas and Stuffy can either move there or interact with objects in his immediate vicinity. In this way players are tasked with traversing the map, finding different patterns and yarn characters to either 'scan' or interact with. As previously mentioned, Glitch has the ability to scan other characters to learn their layout, and with the use of 'knitting machines' scattered around the world can then edit and customise Stuffy's body. 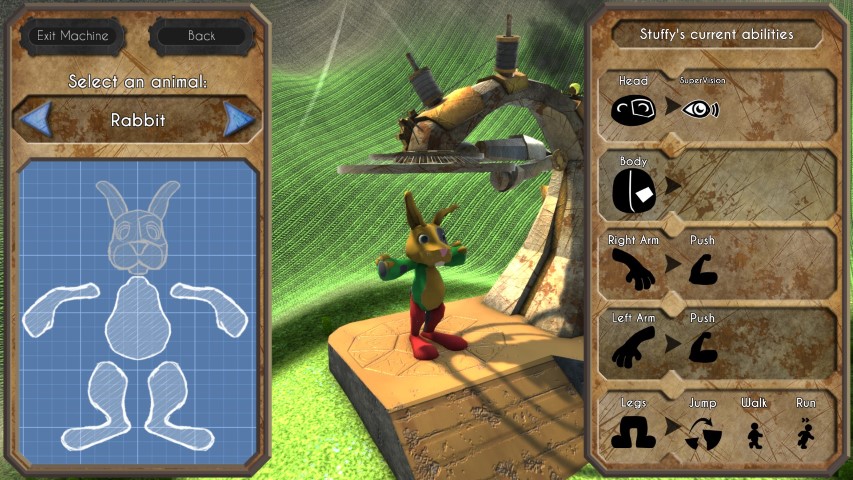 Using these knitting machines players can mix and match different limbs and abilities.

For example, Woven sees Stuffy start off in the body of an elephant, allowing you to 'stomp' the ground to trigger certain interactions with the environment. Eventually though, the bulkiness of the elephant body does not allow you to enter the next part of the level. To fix this we went to one of the 'knitting machines' to have Stitch reknit our body in order to deal with the obstacle. We thus changed out our elephant legs for more agile rabbit legs, allowing us to jump instead of stomp. In this way, Woven gives players a number of environmental puzzles which needs to be solved by altering your character to deal with the situation at hand.

Throughout the short pre-alpha demo we ran through a couple of levels, with grasslands, desert, and an eerie forest biome being encountered. The levels were all fairly short and featured somewhat basic layouts, but the accompanying high-quality narration does help break things up a bit.

Unfortunately, we ran through the couple of levels in the demo in a total of 44 minutes, with much of that being spent taking screenshots and standing around, meaning it would take about 20 minutes to complete it normally.

In addition to being exceedingly short, the demo was easy to the extent that perhaps only younger audiences would find it engaging or challenging. While the game is atmospheric and sports a nice aesthetic, character movement and animation also felt somewhat lacking. Woven was surprisingly resource intensive given its basic graphics, pushing our system to the same extent as Fallout 4 and GTA V would. This is not an uncommon occurrence in pre-alpha titles, though it was somewhat puzzling. 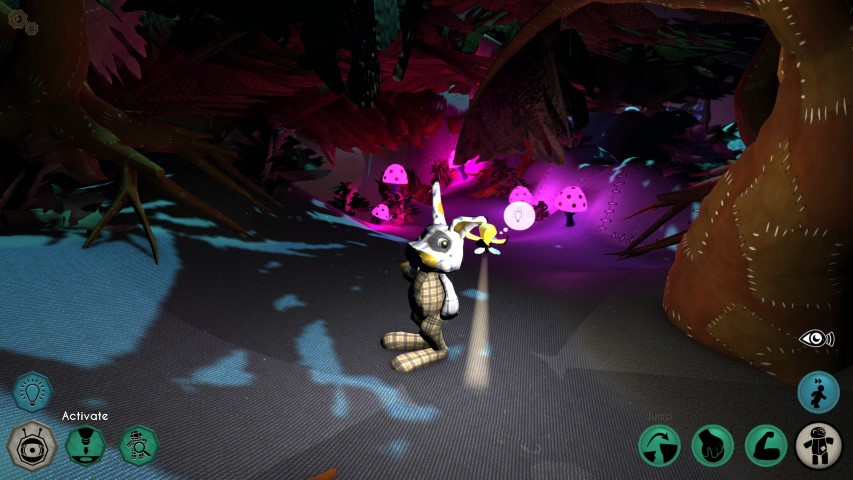 How things have changed...

At its current stage of development, Woven shows promise as an atmospheric and light-hearted adventure game, but much more will need to be added to the game to reach that point. If you'd like to help the folks at Alterego and Digital Forest make Woven a reality, you can make a pledge to their Kickstarter campaign or download and try out the free demo. The game itself has an estimated release date of October 2017 (according to its Steam store page), which is obviously quite a while away. Much will need to be added to Woven during that time if it intends to compete in the highly competitive PC indie market, but we'll be keeping an eye on it in the meantime.