Mobile games worth your time – The Beggar’s Ride

Mobile Games worth your time – Dust: An Elysian ...
0
comments

Every once in a while, you come across a game that turns the medium on its head, genuinely does something entirely different, resulting in a gem of an experience. The Beggar’s Ride is just that. It discards the usual hero tropes – you are neither a musclebound warrior or innocent adventurer, but rather, a portly old man, and beggar at that.

In truth, The Beggar’s Ride tells two stories. The first is that of the old man who finds a strange mask, apparently left by a god for a hero to find. Doing so enables the beggar to access another world “beyond the rain,” full of spiked walking crystals, guardians that shoot rocks and puzzles to solve. As to his role and purpose in this strange new world – well that is what drives the gameplay, and is something I will leave for you to discover for yourself.

Then there is the story of the god itself, whose origins are at the outset a mystery. The game poses questions about the nature of this deity as well, such as what kind of god wears deceit as its sigil, or needs a mask to hide behind? You can take that at face value, or apply it further if you wish. Either way, it makes for a compelling story. 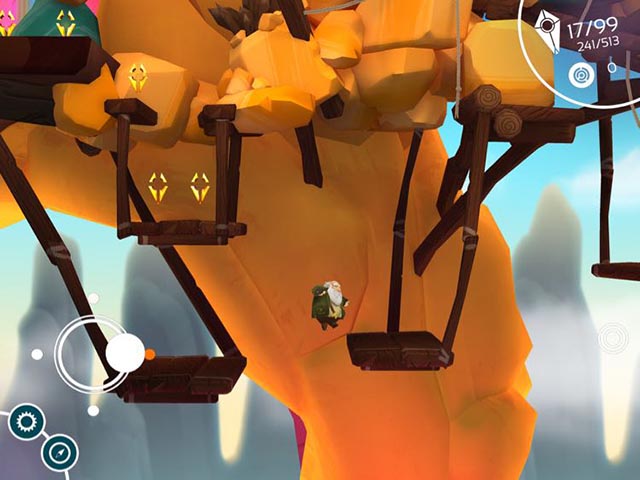 Rather than elaborate cutscenes or spoonfeeding you narrative, the game’s story is told mostly poetically and at times even philosophically. Text is artfully integrated into the game’s world itself, making a pointed commentary of our world while simultaneously extrapolating on the beggar’s journey through this virtual one.

For example, affecting lines such as “And yet no injustice ever hurt as indifference did,” stand out. Apply it to problems such as animal cruelty, or homelessness, or prejudice, and suddenly playing the game becomes considerably more poignant. These elements right away make for an enchanting, whimsical and captivating experience, which stands head and shoulders above the glut of the usual fare that you can easily find on the app stores. 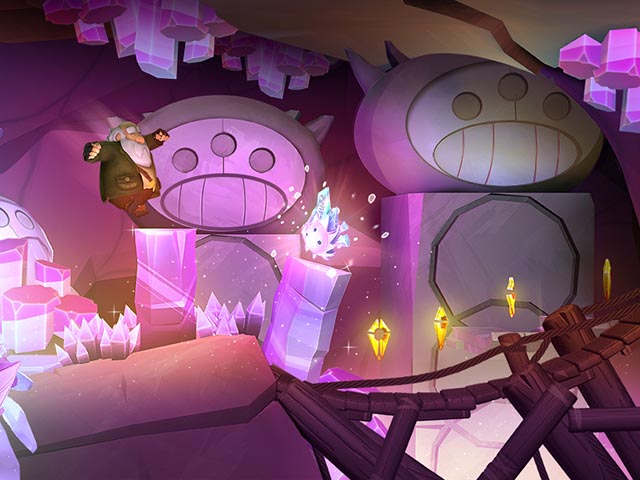 Activating the mask, while pausing the old man in place, also temporarily gives the player powers over elemental forces. For example, with the mask activated, players can drag clouds on top of one another, causing it to rain, or can cause earthquakes, resulting in objects being moved from one area to another.

These are central to solving the game’s puzzles – rain causes plants to grow, or levees to fill, enabling you to reach hitherto inaccessible levels, while the power to cause quakes is similarly used to solve novel puzzles.

What really came as a pleasant surprise though is just how well the game controls on mobile. That is no small feat, considering the fact that continuous puzzle solving is accompanied by a good amount of platforming as well. You can either opt for a touch control scheme or a virtual stick, and each work just as well. I tended to use the latter the most, and had no problem guiding the old man on his journey, whether this entailed walking, jumping or climbing. 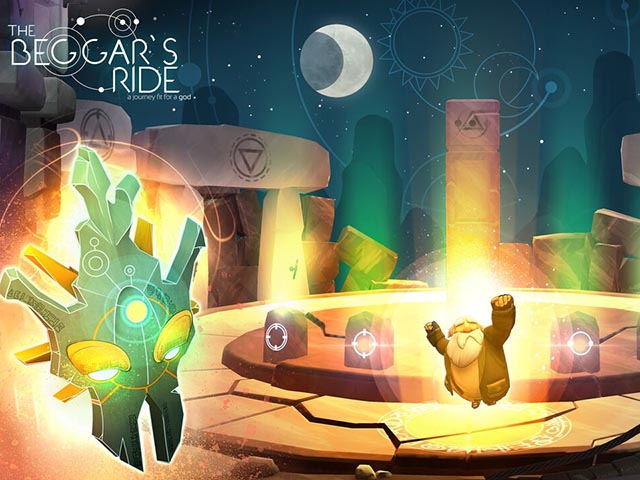 All this makes playing The Beggar’s Ride a pleasure. The developers, Bad Seed Entertainment, have to be commended though, for creating a storytelling experience that is laden with meaning and engaging enough that it begs you to pick it up.

While the game is currently only available for iOS, weighing in at a not bad at all 280 MB, apparently an Android version is in the works.

If you do spare the $4 (R60) it costs, then you will find that The Beggar’s Ride is a journey well worth taking. It is a game I would urge you not to cross the street to avoid.