As far as handheld fighters are concerned, Nintendo's 3DS isn't exactly swarming with choice, with Super Street Fighter IV 3D being the only real contender to talk about. That has now changed however thanks to the release of Dead or Alive Dimensions, a slick and enjoyable fighter that looks set to steal the 3DS fighting crown.

Not many may be familiar with the Dead or Alive (DOA) series of video games, but the franchise is actually a gaming veteran, celebrating its 15th anniversary this year. Dead or Alive Dimensions also marks the series' debut on a Nintendo platform.

Those who are familiar with DOA though will know that it's a series of very tight and highly enjoyable fighting games. While the Team Ninja creation attracts certain players thanks to its fantastically proportioned female fighters, the core gameplay experience is actually one which can stand on par with the greatest fighting games out there today. 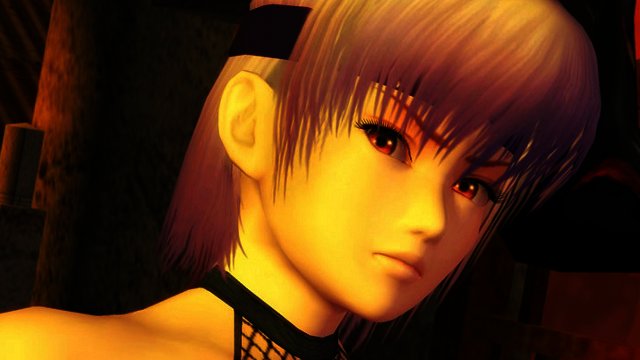 As far as the storyline is concerned the game follows a cheesy and complicated narrative similar to many other fighting games. After all, the game is about button mashing, not L.A. Noire-style exposes.

And while it's not Pulitzer-prize winning stuff, we were actually quite impressed with the story that gets told in DOAD's Chronicle Mode. This main story mode of the game combines 15 years of DOA into a single (quite lengthy) tale, with the first four Dead or Alive tournaments covered throughout five chapters.

Dispersed in-between this mode is in-engine cutscenes and videos, which sometimes delivered some great looking content, especially where action scenes are concerned. However the fact that character's lip animations are only partially done was quite distracting. In certain videos characters will be talking animatedly, while in others they'd simply stare while a voice actor chimes in.

You'll encounter a large number of one-on-one battle sequences interspersed between these storytelling scenes, and while the storyline might not always make the most sense (especially if it's your first outing), the game does enough to at least give you an idea of what's going on. 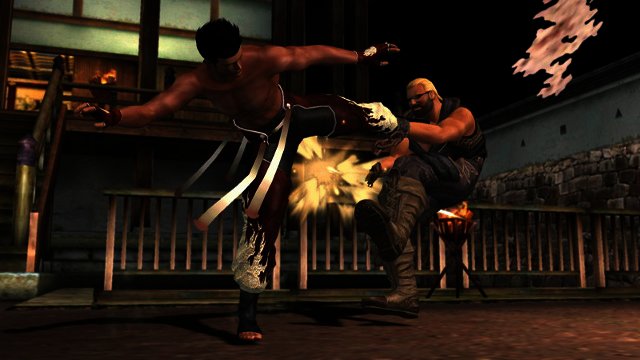 One of the things which really impressed us within Chronicle Mode was the tutorials, having been built right into fights. At the start of many of the initial battles the game will briefly pause, informing you of new attacks and abilities your character can perform, and then letting you try them out.

Attacking in DOAD is a very smooth affair and is different from many other fighting games in that you aren't required to memorise tons of complicated button combinations. Instead players have access to punch, kick, throw and guard manoeuvres, with different combos and abilities unlocked by D-pad directional input and precise timing.

The perfect timing of course comes in with DOAD's famous counter system, whereby most moves can be countered if your reflexes are able to keep up. Instead of chasing mad Street Fighter combos, in DOAD players utilise a three point counter system, divided into high, mid and low shots.

When an enemy is milliseconds away from landing a boot on your face, players can press the guard button (Y) in conjunction with directional input to counter their attack. Directional input will differ based on whether the attack is high or low for example, and if executed correctly players will be treated to a DOA success staple, with your character grabbing the enemy's attack and returning it full force. In addition to these animations looking great (especially when kicks are caught in mid-air), landing a successful counter will do tons of damage to your foe.

However failing a counter may result in equally severe repercussions, with your character briefly left open to what might become the game finishing attack.

The counter system adds a ton to DOAD's combat, and is one of the reasons why this game has managed to carve itself a niche in the overpopulated (and very similar) world of arcade fighters. When the counter system is used effectively it can serve as an anti-spamming tool in online battles, with players capable of stopping incessant kick spamming easily.

It also adds a new layer of strategy to battles, with some players running in to try and grab their opponents limbs instead of attacking, and others utilising throwing techniques to keep the enemy immobilised.

The game also takes a cue out of Street Fighter IV's 3DS handbook, adding quick access to certain combos on the touchpad. This enables less experienced players to simply tap a moveset and have the character start fighting, but the awkward positioning of the touchpad and small menu bars made it really hard to actually utilise. The stylus is the only thing capable of accurately selecting options on the small menu, and playing with that in your hand is uncomfortable to say the least. 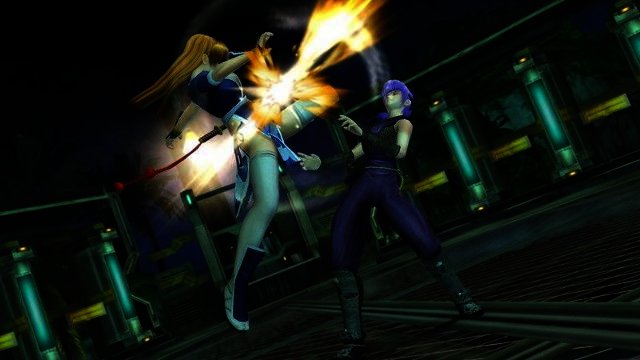 In addition to the main Chronicle mode, the game includes a slew of other game modes to keep players entertained. These include normal fighting game modes such as Free Play, Arcade mode and Training to help you hone your skills.

In addition, the game also features a Tag Challenge mode in which players team up with either a real-life or AI partner and try to take down a powerful enemy opponent. This mode proved to be good fun, but be warned, these enemies are not your standard pushovers. In addition to Tag Challenge, a Survival mode is also offered in which a player faces off against neverending hordes of enemy soldiers to see how long they can last.

Players can also take part in online combat, with local or online Wi-Fi supported. Unfortunately the game doesn't include a download play option, so if you want to play against a friend, both of you will need copies of the game. Online gameplay itself was an enjoyable affair, although finding local games might take a bit longer than you might like.

Thankfully players can look for and join games from around the world, with the functionality working well during testing. We did experience some lag during online gameplay though, so don't expect it to be quite as smooth as the single player experience. The multiplayer menu includes an option for playing with your friends from the get-go, which we found nice, but we were disappointed to not find any global leaderboards or tournaments available quite yet. Players do have a statistics bar showcasing their online record, but nothing to indicate who's actually doing well and who isn't. 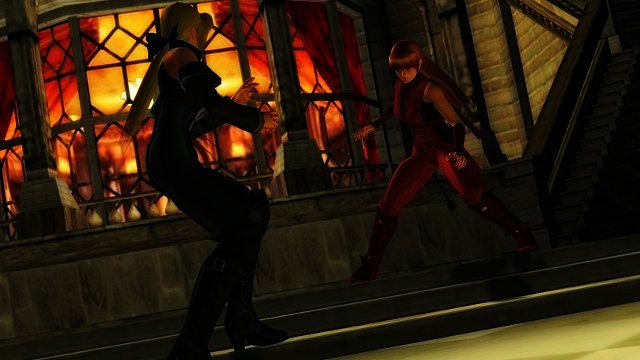 Except for the strange choice of not including lip movements during all cutscenes, DOAD actually really impressed us on the visual front, demonstrating the capabilities of the 3DS in its full force. The game sports richly detailed environments teeming with moving objects or cascading waterfalls in the backgrounds.

Character models are also beautifully sculpted, with each sporting unique attention to detail and a number of unlockable outfits. Battle animations were especially eye catching, with kicks, punches and throws seamlessly chained together to turn battles into perfectly orchestrated melodies of acrobatic prowess.

The 3D effects within the game were decent but not overly impressive in the grand scheme of things. It added a nice touch during certain sequences, but for the most part we were more impressed by the game's traditional graphics than its 3D effects. The 3D may also bother certain players during particularly intense bouts, and since battles take place in a 2D-plane anyway it's not something that's missed too much when turned off.

The game also features a showcase mode in which players can view unlocked character models, as well as posing them in different ways and taking 3D photos of them. 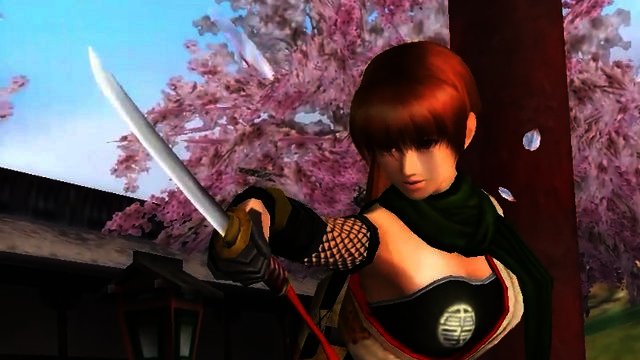 Dead or Alive Dimensions is a welcome addition to the Nintendo 3DS's rapidly growing library of games, and makes for an enjoyable and fast-paced fighting title. Fans of arcade fighters will immediately be drawn to the game's slick movements and tight controls, offering a slightly more original fighting premise than other titles

PROS
Executing that perfect counter to stop a kick spammer in their tracks.