In 2014, Bungie set out on an ambitious project with Destiny. It was a game which prior to release was pitched as an epic game with an experience matched only by the ambition of the gamers playing it. Unfortunately, Bungie was unable to deliver on its lofty aims, with Destiny feeling more like a lonely journey in the desert, with a few skirmishes and repetitive tasks thrown in here and there.

Now two years on, Destiny 2 is trying to correct some of the mistakes of its predecessor, and in the process deliver the true space epic that was promised to us back in 2014. 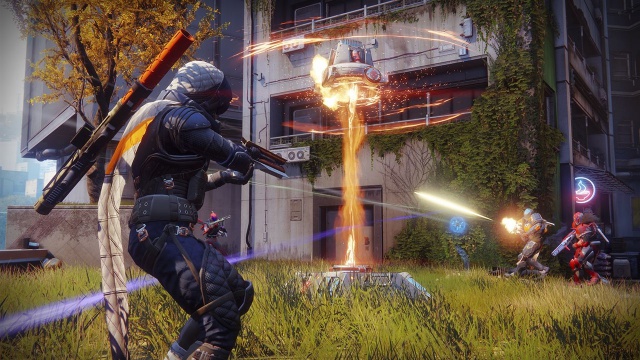 One of the first big tasks that Destiny 2 (whether it's consciously or subconsciously acknowledged) had to accomplish, was make the campaign mode more engaging. To pull that off, Bungie cleverly used a number of storytelling techniques. The first was throwing gamers straight into the action, as the main antagonist Dominus Ghaul and his Red Legion, lay siege to the Citadel that you and other Guardians call home.

During the battle, which you ultimately lose, gamers are given a taste of what a fully fledged Guardian is capable of, before Ghaul obliterates the Citadel. It acts as an incentive to try and gain back your powers once they've been stripped from you, as well as motivation for reconnecting with the all-powerful Watcher that Ghaul is targeting.

Along with a formidable foe, Bungie has given gamers a mixed bag of characters to help them along their journey. Most of these take the form of Guardians, with three in particular standing out. They are of course the trio of Zavala (voiced by Lance Reddick), Ikora Rey (voiced by Gina Torres) and the incomparable Cayde-6 (voiced by Nathan Fillion), and each of them have their own way of doing things. 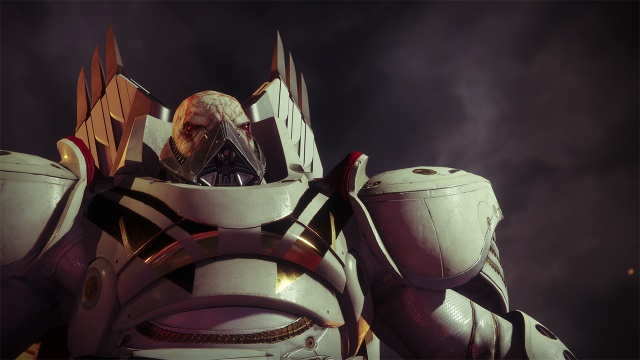 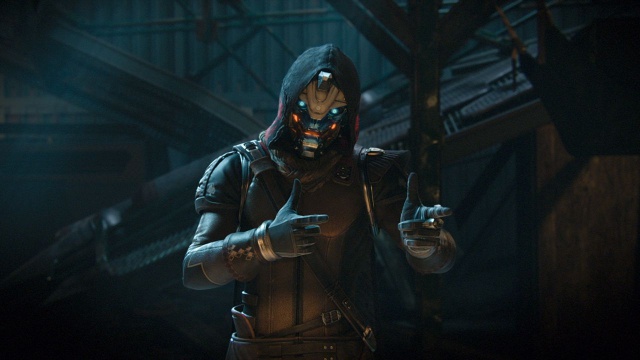 While your character will engage with all three, going on specific missions to assist them in their fight against the Red Legion, not a single word is uttered by the Guardian you create. Ghost (sidekick of sorts) takes care of most of the exchanges, and feels far more rounded than the flat delivery of original's version. It's perhaps the one aspect that the storytelling in Destiny is missing, particularly when each character in the campaign mode that you interact with feels unique.

For us, the character taking a vow of silence seems like a missed opportunity by Bungie to differentiate its campaign mode from other first-person shooters where the main character is often shy to open their mouth. 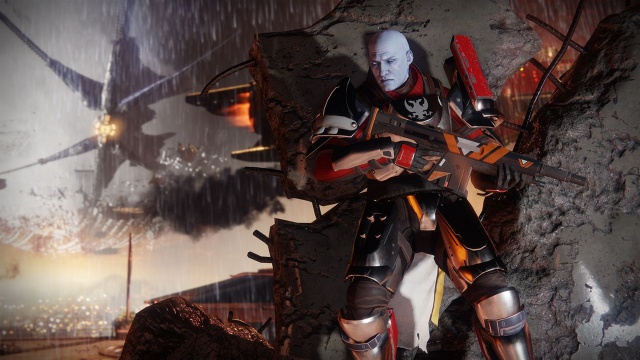 Be sure to explore

Our notes on the Destiny 2 character now dealt with, let's shift to gameplay. As with the original, the campaign and side missions exist within the same worlds. To that end, each new planet or destination you land on, has a mix of activities for you to engage in. You can choose to power ahead with the campaign, slaying Red Legion, Fallen and Vex enemies, but to get the best experience, exploration of your environment is encouraged.

Not only does it afford you opportunities to sharpen your skills, it has the added advantage of the promise of loot to win, which includes weapons, armour and glimmer (in-game currency). At times, completing side missions and venturing past the campaign mode path is a necessity too, especially as Guardians can only progress to new planets if they've reached a certain power level. As such, the only way to level up is to put as many enemies to the sword as possible.

Whereas exploration became a bit tedious in Destiny, the sequel makes it more engaging, with a greater number of enemies to take on, as well as highly detailed and event filled maps to journey through.

Added to this, seeing other gamers at a higher power level than you, whether on one of the game's new planets or on The Farm (Destiny 2's Guardian meeting place), always provides some extra incentive to level up and earn more loot. 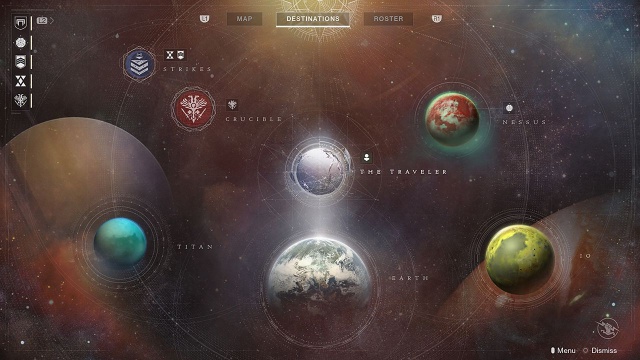 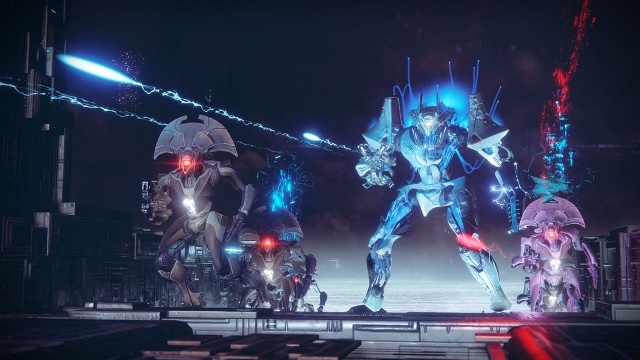 Help from my friends

On the campaign side, Bungie has a done a good job of making it more engaging, especially for gamers that like to go it solo. That said, co-operative and collaborative gameplay is where Destiny 2 shines greatest.

An example of this are the in-map timed events, which happen at a metronomic rate. These serve as great ways of easily teaming up with complete strangers online to complete a task and earn loot. The result, even if you're going at it alone, is that the opportunity to interact with other Guardians is always available.

The other area, perhaps the most important one, of Destiny 2 to mention are the Raids. The first significant Raid that Bungie has developed is the Leviathan, which launched late last week and promises plenty of spoils to enjoy. It's ultimately where Destiny 2's longevity will be determined, as these events popping up every now and then will entice gamers to return to Destiny 2 time and again.

All the Raids will require a Fireteam (six players), as well as a recommended level and power rating to enter. These elements further serve as incentives to not only band together a team to enjoy the multiplayer elements of Destiny 2, but also ensure that your skills are finely tuned and heavily upgraded, lest it negatively affect the abilities of your Fireteam. 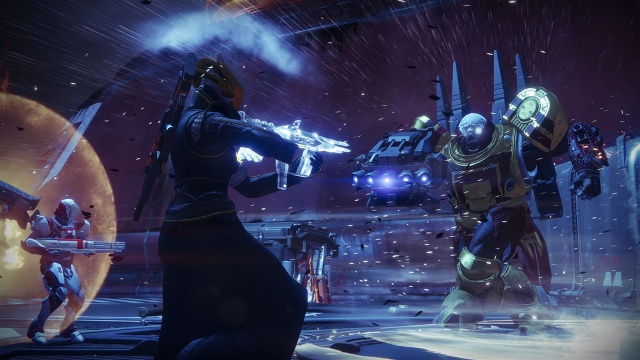 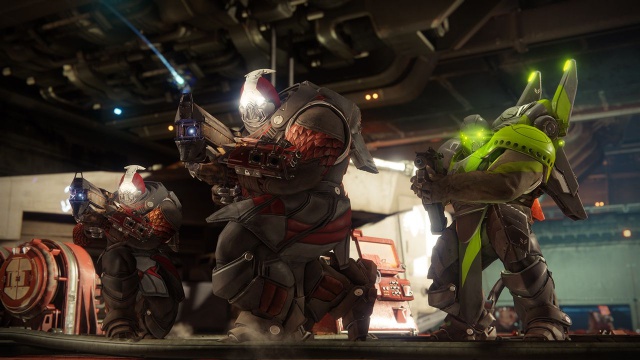 While Destiny 2's campaign mode will only take a handful of days to complete, depending on how much time you invest in upgrading your Guardian, the game is far deeper and richer than that. It warrants exploration, and is ultimately a better all-round experience for it.

Whether you're in the mood for an epic space adventure, or just want to shoot a bunch of aliens, Destiny 2 delivers both in equal measure.

Unlike its predecessor, tasks, missions and travel in Destiny 2 feels more purposeful. Add to that a refined gameplay experience that makes you feel more capable of taking on difficult enemies or swathes of attacks, and it's clear that Bungie has certainly learned from its mistakes.