The latest from BioWare begs the question - can Dragon Age: Inquisition breathe life into the franchise and reignite its glory?

BioWare’s first Dragon Age role playing game, Origins, quickly earned itself a legion of fans, boasting the company’s trademark deep story, well drawn characters and an engrossing world. The sequel though seemed to be a step back, largely disappointing and seemingly sending the franchise into a deep slumber. In most of fantasy lore, something ancient and powerful invariably reawakens and returns, and so too has Dragon Age, with Inquisition leading the charge to reclaim its throne as a RPG king. Here’s the good news: it succeeds. 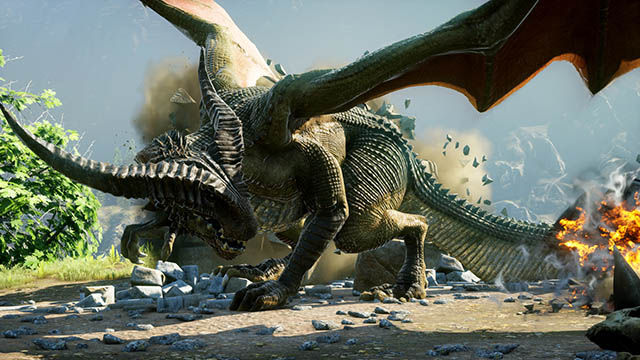 Suddenly, his parent's insistence that he watch How to Train your Dragon numerous times became abundantly clear.

Setting the stage for a much more complex and convoluted story, you discover that you are the only remaining survivor of a devastating attack on a peace brokering meeting between the Mages and the Chantry, leaving the latter leaderless. Despite the fact that you can’t remember your involvement, you are considered the prime suspect for being so inconsiderate as to still be alive.

Exacerbating matters is that all is not well in Thedas, Dragon Age’s world, as demons are pouring through rifts that are opening across the land. What’s more, an inexplicable mark on your hand grants you the power to close these rifts and mitigate the demon invasion. While the Chantry wants your head (sans the rest of your body), Cassandra (Dragon Age II’s Seeker of Truth) instead wants your help to close these rifts and help restore order to the land. Luckily, the latter gets her way and this sets the stage for what quickly becomes a grand, even epic, adventure. 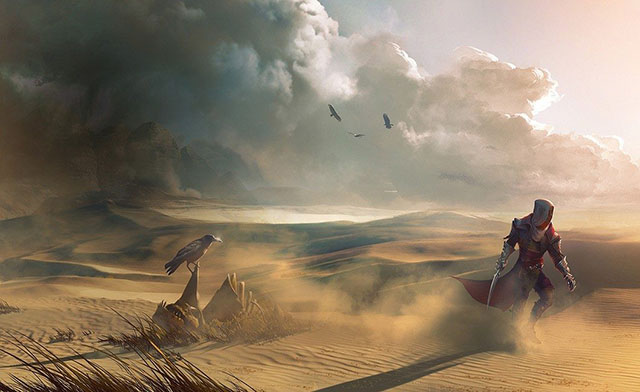 It was when Conrad saw the carrion eater that he realised jusy how serious a mistake relying on Apple maps was going to be.

There is so much world building that has gone into Dragon Age: Inquisition, that it can be overwhelming. Beyond a far reaching story to pursue, demons to fight, people to speak to and lore to find and read, there are companions to get to know and decisions to be made about which side of the world’s politics you wish to align yourself with. All this kept us playing well into the wee hours; in case  you haven’t realised already, Dragon Age: Inquisition can quickly become a time sink of note, although this is hardly a criticism.

Thankfully though, the game’s diverse and often splendid environments are top notch thanks to the Frostbite 3 engine, making it a pleasure to explore, as is the voice acting, complete with distinctive accents, while its terrific score had us racing to iTunes to buy it on its own. This is also backed up by an engaging combat system, whether you choose to be a mage, warrior or rogue, and a plethora of gear to find and to buy. We do recommend trying out at least a couple of the classes and races before diving headlong into the full campaign, to see which best suits your liking, as your class and your race will influence how the world’s denizens react to you. 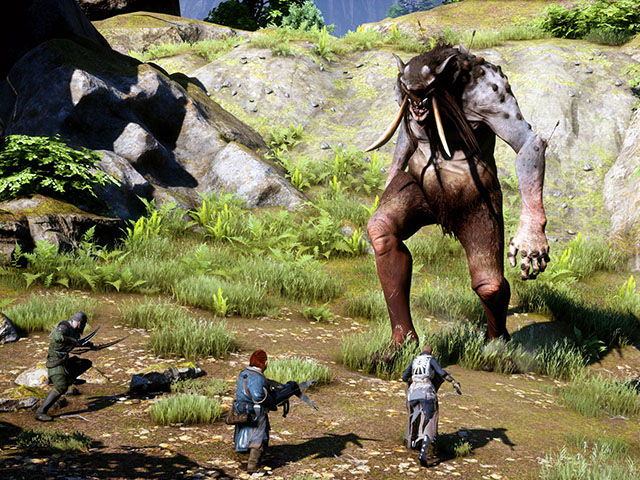 Finally, the party found the troll; his notebook with the offensive vitriol that had set them on their quest had to be nearby.

Yes, you will face off against the titular dragons and a variety of fiends eager to facilitate your demise. Luckily these foes are often challenging enough to keep battles engaging, to say the least.

In a nutshell, BioWare is back on fine form and Dragon Age has simply never looked or played better. Inquisition stands proudly alongside some of the finest RPGs, and if you are a fan of the genre, we cannot recommend this one highly enough. RRP: R700.