Star Wars is one of those epic franchises that has a devoted following for a good reason. Considering that the series has lasted longer than many gamers have been alive, you can’t deny that this galaxy far far away has some serious staying power. That only puts more pressure on any game developer to do the series justice – a Star Wars game can’t just be good, it needs to be great.

Star Wars Battlefront II is certainly one of the more controversial games of the year owing to the much maligned microtransactions issue. However, it’s not a terrible game, nor is it even a bad one. However, at time of writing, it feels like it is still trying to find its footing, certainly fun at times but also disjointed at others.

In a year that has been touted as the best for gaming since 2007 according to Polygon, and coming in the same quarter in which the next episode in the film franchise hits theatres, Battlefront II needed to be something special to truly satiate fans’ desire to dip back into the operatic space saga.

So is it? Well, the latest free update The Last Jedi adds a few more hours of campaign content, advancing Iden Versio’s story, and makes it one worth experiencing. If you had waited out the storm for this content to become available, and for the microtransaction controversy to be addressed, and if you were hankering to dip into the campaign alone, you certainly may want to reconsider picking it up now. 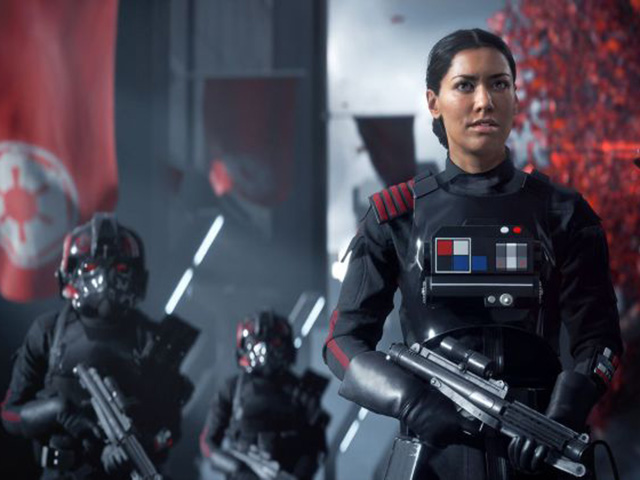 Unfortunately, the game’s initial allure has largely been overshadowed by an ill-conceived progression system, with EA being tasked with fixing the issues that have caused the game to be mired in controversy. So three patches later, how does it fare? Can it scratch that itch to dive back into the Star Wars universe after watching The Last Jedi? And, the most important question of all, does it deserve your time and money?

The short answers to these questions are better than at launch, mostly, and a reserved yes.

Worth noting is that the game as I have reviewed it here is with the latest update, released this week. I have little doubt that there will be more to come, as the game’s multiplayer in particular is adjusted in response to the very vocal complaints.

In order to fairly look at Star Wars Battlefront II though as it stands, you have to consider the single player and the controversial multiplayer on their own. With regards to the single player, it’s certainly refreshing to play another perspective. Indeed the genius of Star Wars is that there are so many stories to be told within its universe, beyond that of Jedi vs. Sith. Although to be honest my personal preference would have been to step into the shoes of a saber-wielding and Force-infused Jedi, instead, playing as a special forces soldier for The Empire actually works well here.

The character you play, Iden Versio, who is a commander in the Inferno Squad, the elite forces of The Empire,is actually quite relatable and certainly well acted. Once the action gets going, the single player campaign becomes pretty enticing. Strong game mechanics, and a story that moves at a brisk pace aid this.

While Versio is meticulously modeled, I can’t say the same for the Rebel forces she guns down, with some looking like stand in cardboard cutouts to be quickly eliminated and forgotten. On the plus side, having access to an array of weapons from the outset, from blasters, pistols and long range sniper rifles, keeps combat interesting. Star Cards, which are unlocked the more you play, enable you to also customise your special abilities. In the single player campaign, the progression system, didn’t annoy me nearly as much as it did in the multiplayer. 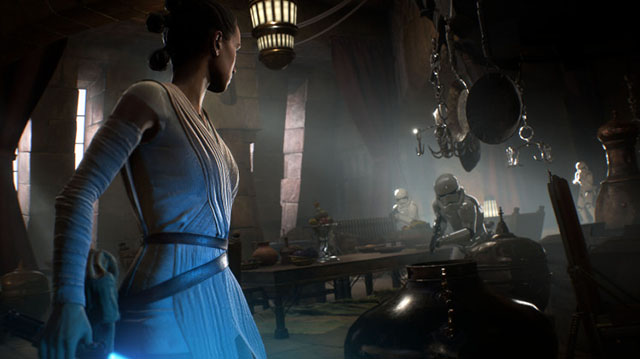 On two fronts where the game really shines is in the beautifully created environments (I would happily walk around Endor or Yavin 4 for an hour or two). The music is pure Star Wars – evocative, richly textured and varying from quiet, even poignant beats to strident and vigorous ones.

Story wise, the single player campaign starts by focusing on the aftermath of the Rebel Alliances’ victory in Return of the Jedi, as the Emperor was defeated. What became of those forces and how their loyalty fares in the face of the Emperor’s defeat, is certainly an interesting premise to explore.

As Star Wars VII established, that power vacuum was filled by The First Order, and just because the Emperor fell, does not mean that the Dark Side was vanquished. The story does a great job of reminding that even as Star Wars has always been Dark vs Light at its heart, there are plenty of grey areas, posing questions such as can those serving evil causes still be good?

The irony is that the campaign only makes the case for how well single player can, and does work in the Star Wars universe. I would have no qualms recommending it to a fan looking to quench their thirst for more Star Wars action after watching The Last Jedi.

It only makes the decision to close Visceral Games and “refocus” game director Amy Hennig’s project that much more of a pity, indicating that publishers that are only concerned about profits are seemingly oblivious to what gamers and Star Wars fans would go for. 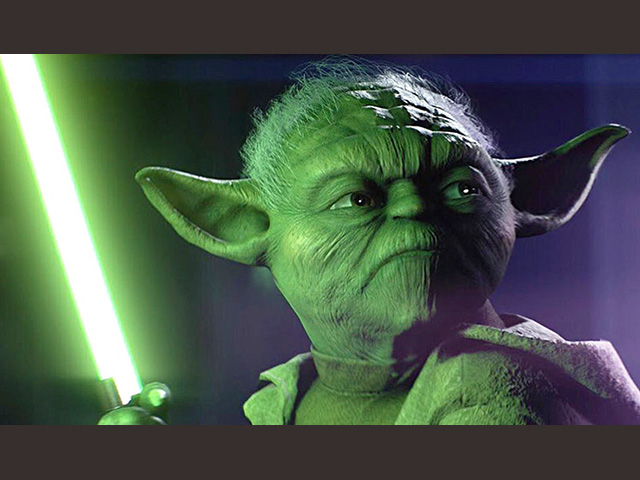 A Work in Progress

Onto the much maligned (for good reason) multiplayer. The graphics and the environments are still top notch. Getting to revisit iconic locations such Yavin 4, Kamino, Naboo, Starkiller Base, Takodana, and Tatooine, that span across all the movies is a thrill.Choosing between Rebel or Imperial forces at least helps satiate the guilt you may be feeling about the scores of  Rebel fighters you will mow down during the course of the single player campaign.

Its biggest problem is not the gameplay, or even keeping you coming back for more.

No, it’s greed. The progression system, even with microtransactions shuttered for the time being, and the changes made most recently, still feels like it has been designed to keep extracting cash from the player, rather than to reward the faithful. It’s a dynamic that you expect to find in a casino and that is a bit more palatable in free to play mobile games, where you haven’t spent money upfront for a title. It simply has no place in a triple AAA title that costs north of R850.

Bear in mind, we aren’t talking about microtransactions that add skins or cosmetic enhancements, but rather urge you to skip the grind to buy access to crates, which offer random items, that may or may not be useful to the character and class you are playing. These, quite frankly, are features game should offer as part and parcel of its initial price.

In previous Star Wars games, whether the imperfect but still fun The Force Unleashed or the masterpiece that was Knights of the Old Republic, the more you played the more powerful your character became, and the more you could add to, and augment their abilities. That not only produced a sense of satisfaction, it also compelled one to keep returning to the game, to progress a little further in the story, complete one more side quest or explore the world just a little bit more. 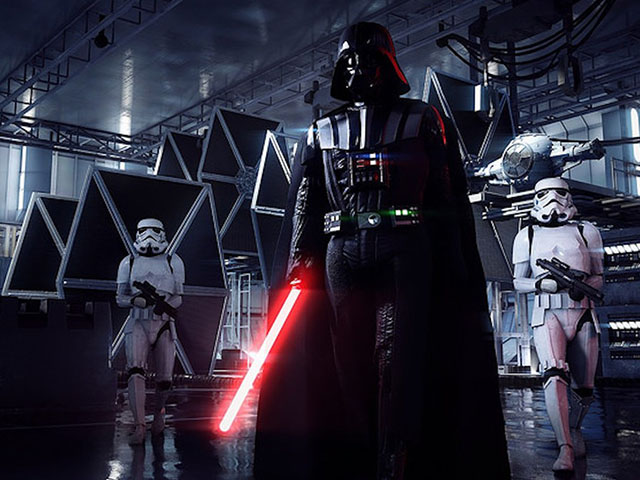 Unfortunately, the multiplayer’s progression system in its conception seems to have gone in the opposite direction. Despite the fact that the credits needed to unlock key characters like Luke Skywalker and Darth Vader have been greatly reduced, and daily bonuses have been increased, it still leaves a bad taste in the mouth that you either have to grind at all (for now the only option) or that the system was designed to compel you to pay more money, to get the full experience.

Unfortunately, even as there is still a question as to whether microtransaction will return, the progression system still feels like it has been designed to be a sophisticated slot machine from the outset. That is such a part of the DNA of the multiplayer base mechanics, that I really don’t know how the developers can address it without massively modifying a major component of the game itself.

It is all the more of a pity, because playing most of its exhaustive multiplayer modes, range from being quite fun to downright thrilling. Whether you opt for Arcade mode to venture solo or indulge in some split screen co-op, or dive headlong into the multiplayer for Galactic, Starfighter Assault, Heroes vs. Villains, compete in Strikes or 20 player close quarter combat, there is a great deal to experience, from stepping into an X-ing to revisiting iconic locations and completing an array of missions with friends. The question is: will you want to do it, especially if the characters that you wish to play as are effectively paygated by spending  excessive amounts of time? That is still the crux of the matter that is yet to be resolved. 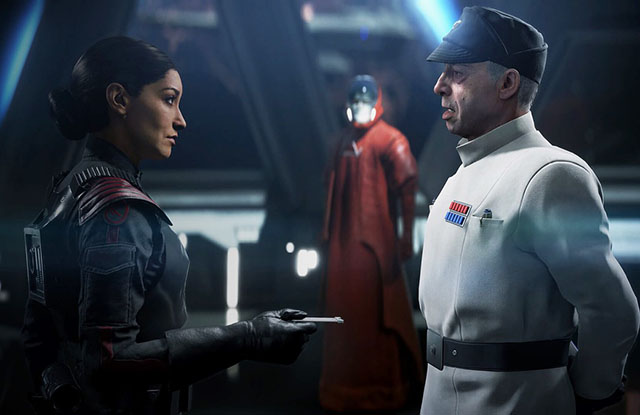 The biggest problem with reviewing Star Wars Battlefront II, even as it stands now, is giving it a conclusive recommendation. This is not just because the progression system and the implementation of microtransactions is still at the time of writing, a work in progress.

It is also because Star Wars Battlefront II  is not singularly really good, only somewhat compelling, or shamelessly exploitive – it fluctuates between being all three. If you haven’t bought the game and are looking primarily to enjoy a good eight hours of the campaign, I would say go for it.

If the campaign is incidental to you and multiplayer is all you care about, I would rather advise waiting a couple more months to see how microtransactions are handled before you spend your money, or at least buy the game with your eyes wide open to the fact that you likely aren’t going to get to experience everything you want to without sinking some serious time into the game.

For the moment though, I am inclined to think that Star Wars Battlefront II is not beyond redemption. There is some greatness in here somewhere, you just may have to Force yourself at times to want to find it.