Up until recently UFC Undisputed 2010 has reigned supreme as king of the mixed martial arts (MMA) titles because, as its name indicates, it didn’t have much in the way of competition. Now EA Sports’ latest franchise has entered the fighting ring to challenge THQ’s UFC series for dominance, but does the MMA newcomer have what it takes to get the champ to tap out?
Licensing
Comparing FIFA 11 and Pro Evolution Soccer 2011, you’ll see that EA’s FIFA clearly has the edge when it comes to licensing, sporting all the players, teams and stadia you’d possibly want. This is unfortunately not the case when it comes to MMA, since THQ’s UFC as an established brand boasts a complete roster of all the best Ultimate Fighting Championship contenders from the brutal American fighting series.
MMA, as the new kid on the fighting block, still manages to pull an impressive collection of almost 60 licensed fightersover its five fighting classes (from Lightweight Class through to Heavyweight Class). This roster however, isn’t as superstar-sown as UFC’s, but unless you are a religious follower of this harsh brand of fighting it won’t matter that much, since the fighters are hardly household names.
The graphics are also right up there with UFC’s, with the fighter models looking excellent and quite detailed. You’ll be able to see their skin glisten as the sweat drops roll off their bodies and blood trickle down the sides of their heads as blows to the head produces a cut on the side of the fighter’s face. This adds both to the realistic feel as well as to the appeal of the game. 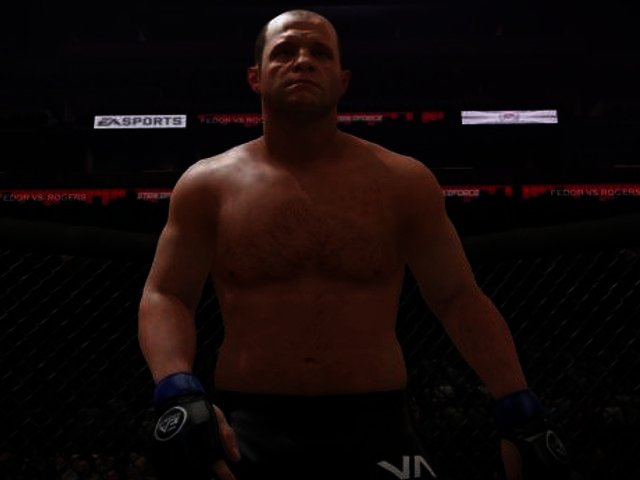 Gameplay
As is the case with UFC, EA Sports MMA is definitely not meant for arcade or casual gamers, because of the challenging gameplay. The controls are easy to pick up, but due to the realism of the gameplay it will take you some time to master them, not to mention to start winning some fights.
You can move with the left analogue stick and deliver punches and kicks with the right analogue stick, but besides that there are also blocking, grappling, clinching and take downs to command. You have to learn all the moves and excel in them otherwise your fights will be a really frustrating affair, since your opponents will exploit your weaknesses and either pin you on the ground for long periods or clinch you, leaving you defenceless to their blows. 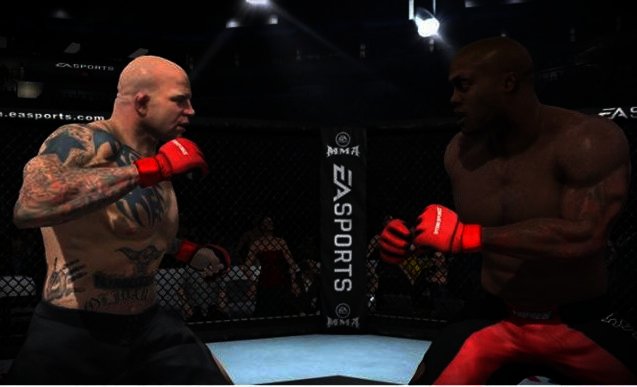 Career Mode
Fans of mixed martial arts and gamers looking for something more challenging will really dig MMA though, especially the in-depth premier mode. Here you create your ideal fighter from the ground up and start off at an MMA bootcamp, run by MMA veteran Bas Rutten, where you’ll learn all the tricks of this fighting trade.
As you progress you’ll get to develop your fighting skills, train to raise your fighter’s stats and unlock better training gyms, thus bringing you one step closer to the elite fighting league.
But if you want to become the best of the best you have to put in the hours, just like the real fighters do, which adds to the authentic representation of the sport and to the game’s lifespan as well. 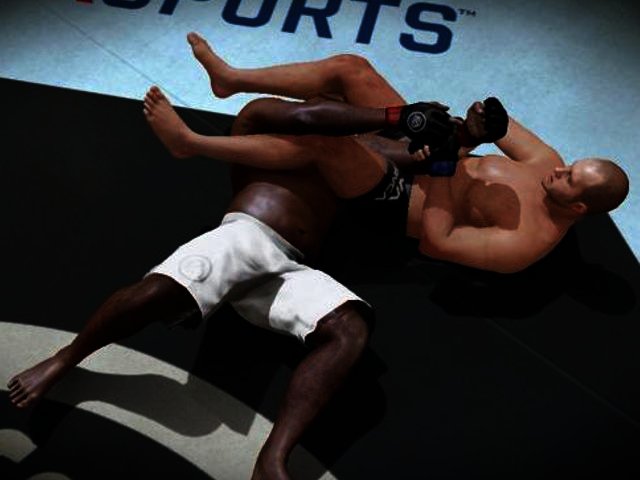 Final Word
This game will be a martial arts fan’s favourite with its realistic gameplay and graphics, but the true fans of MMA will more than likely opt for UFC Undisputed 2010 because of its better selection of fighters including former UFC Heavyweight Champion and WWE superstar Brock Lesnar.
If you love Tekken 6 on the PS3 or Virtual Fighter 5 on the Xbox 360 and is on the lookout for something similar, you should stay away from EA Sports MMA as it will very likely be too realistic, challenging and involving. It's not the type of game you can easily challenge a mate to, unless he also has the game.
Pro
Graphics look great and the gameplay is realistic, it’s challenging and sports a long career mode.
Con
The fighting controls are not the easiest to master and lacks broad appeal.

PROS
Graphics look great and the gameplay is realistic, its challenging and sports a long career mode.

CONS
The fighting controls are not the easiest to master and lacks broad appeal.
TAGS:
PlayStation 3fighting gamecomputer and videogames
USER COMMENTS