Following Sport Champions, another title demonstrating the capabilities of Sony’s PlayStation Move (PS Move) motion-based gaming system has arrived. EyePet: Move Edition provides gamers with a cute and cuddly Tamagotchi-inspired virtual pet that they can hatch and interact with.
What is the game about?
The EyePet is a weird cross between a puppy, monkey and kitten. Once hatched from an egg, players must take care of it by feeding-, bathing- as well as playing with it. This seems good enough until you realise the EyePet doesn’t really grow any bigger - it basically hatches as a baby and, well that’s about it. 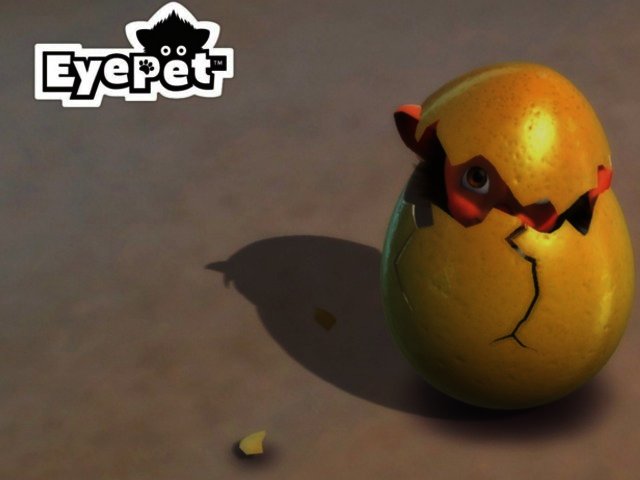 The game’s entertainment factor is enhanced though by its customisability. You are able to change your EyePet’s fur length, fur colour and pattern, as well as the outfit that it wears. A multitude of collectibles and toys, can also be unlocked through completing certain challenges. 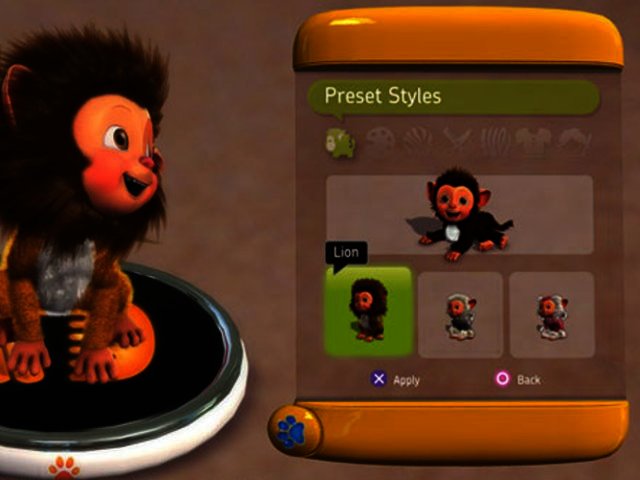 You in the game
The saving grace of the game is the way the Move integrates the player into the set-up. Instead of the EyePet alone appearing on screen, Sony pulls you into the game via the Eye camera, so it’s you and the EyePet appearing on the same screen. This involves a bit of a delicate setup of the Eye camera but once that’s done you can rub your pet’s head or belly or you can roll your tennis ball across the floor and the pet will chase it.
Interactive fun
It’s also possible to interact with your EyePet via the PlayStation Move controller that turns into a variety of objects, like a shower head or blow-dryer that players employ to groom their pets.
Tasks aren’t as crucially important as in similar offerings though, for example if you do not feed your pet it won’t become inactive or die. It simply reminds you that its hungry by shoving its bowl across the screen. Not bathing though has some consequences as it becomes smelly and will attract flies to it.
Challenges
There are numerous challenges (over 60) to complete, requiring you to interact with your pet by getting it perform certain assigned tasks such as pouncing or smashing watermelons. These are generally enjoyable to complete, but can become a little repetitive.
Sometimes your pet will not do as instructed. For example in order to progress during one challenge you have to get your pet to jump by moving your fingers in the air above it. Our just didn’t want to, leading to great frustration.
Final Word
Although EyePet: Move Edition might not make use of mind-blowing, awesome graphics the likes of Gran Turismo 5, the game does sport some remarkably detailed high-definition graphics as well as an entertaining animation style.
This title will appeal to fans of Tamagotchi and Nintendogs looking for a entertaining virtual pet simulation game - in fact we are quite sure they will lap it up. But for us (which we believe doesn’t really constitute the right target market) the title’s lack of evolution on the part of the EyePet as well as lack of proper motivation to take care of the pet quickly turned the game into bit of a slog.

CONS
The pet can be a little unresponsive at times, leading to frustration. The EyePet doesn't age.
TAGS:
Sonymotion-based gamingPlayStation Movecomputer and videogames
USER COMMENTS