In Lost Planet 3, gamers play as Jim Peyton, who goes above and beyond (our solar system) to provide for his family back on earth. Peyton soon discovers though that life on planet E.D.N. III. is not the paid holiday the brochures made it out to be.

He is hired by Neo-Venus Construction (NEVEC) and is tasked with preparing the iced-over planet for colonisation. Earth is experiencing an energy crisis that can be addressed by a lava-like substance known as thermal energy, which luckily E.D.N. III has in abundance. The only stumbling block in your way are the pesky alien inhabitants of the planet known as Akrid. These come in all shapes and sizes but they are united in their mission of turning you into an E.T. taste treat. 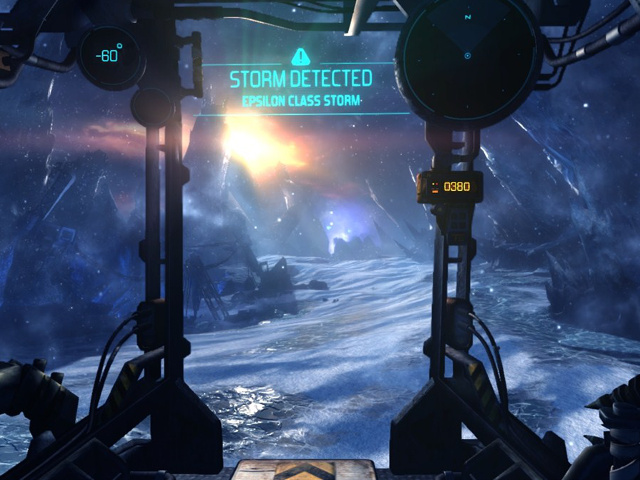 Like most men, Peyton will never suffer the indignity of stopping to ask for directions...Not even when there is a superstorm on the way.

Players navigate the cold, icy wilderness of E.D.N. III in first person perspective whilst in the cockpit of their rig (think mechwarrior sans any weapons), but mostly dispatch the seemingly unending Akrid forces in third person perspective on foot. This matchup of first and third person viewpoints is great, since stomping about in your massive rig made for a nice break in between shooting everything that bleeds orange.

There is some variety in the types of the Akrid found, but unfortunately you employ the same strategy in defeating them all. It’s basically this: shoot the bits of the enemy that are glowing orange, dodge their attack, reload, repeat. On occasion, you might be called upon to dispatch bosses via the rig, but these are often quite a let down. Despite the fact that you are constantly able to upgrade your guns as well as your rig’s capabilities as the game progres, you never get the opportunity to weaponize your rig.

The un-armed combat fails to live up to the hype of being a videogame version of Pacific Rim, even with giant mechs battling mammoth alien monsters, since this form of Akrid extermination is as repetitive as the shooter action on foot. Players hit a button at the correct time to dodge an attack, hit another to clamp the alien’s appendage, and turn the beast into swiss cheese via your rig’s drill with the final button press. 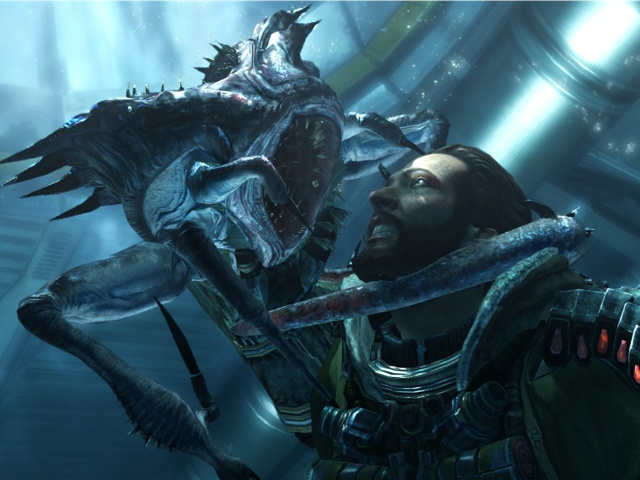 Not all lucky packets contain a nice surprise.

Lost Planet 3 is not a terrible title by any means, sporting highly competent graphics and an interesting, though stereotypical, storyline. If only it wasn’t for its repetitive shooter and mech combating action. Right now gamers have loads of titles to spend their hard earned bucks on, making the R600 one-way trip to E.D.N. III hard to recommend.