Naruto Shippuden Ultimate Ninja Storm 2 (UNS2), was recently launched and unlike its PS3 exclusive predecessor, it's available on both the Xbox 360 and PlayStation 3. The game impressed us and makes for one of the truest and most enjoyable anime to video game adaptations we've seen.

While the series is obviously going to appeal more to fans of the Naruto anime and manga, the smooth controls, solid combos and gorgeous visuals makes it a fighting game anyone can appreciate and enjoy. 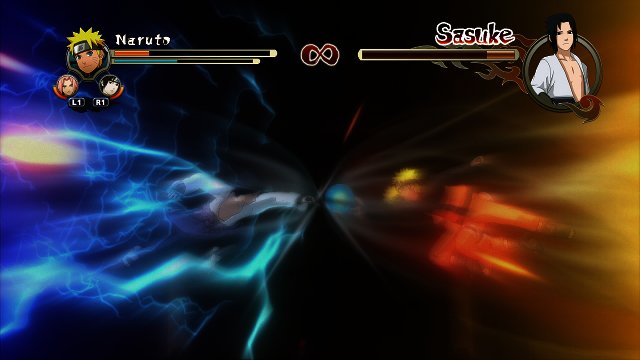 Ultimate Adventure mode
First off, fans of the Naruto series need not feel frustrated as a few of us at the office are indeed Naruto fans, so we do know what we're talking about when it comes to the lore. With that out of the way, in UNS2 players have the ability to play through a major chunk of the Naruto Shippuden anime storyline, from the start of the arc all the way up to the final battle with Pain, 175 episode in all - an amazing amount of content for a single game.
In Ultimate Adventure mode players experience the Shippuden events through the eyes of various characters, focusing on Naruto and Sasuke. You'll also be able to control such characters as Jiraiya, Kakashi and Gai in the story mode for brief periods, to name but a few.
Throughout the story mode players will have to traverse the ninja world, receiving and executing key missions along the way. One of the few setbacks that hamper the game is the tedious exploration system, in UNS 1 players could traverse the Leaf Village via rooftops, use chakra dashes to speed things up and generally move quicker through the world.
Unfortunately in UNS 2's story mode players will have to resort to moving around on foot. While it can take a little longer than you'd like, it's not a big setback and seeing as the game world is so much bigger this time around it's permissible. 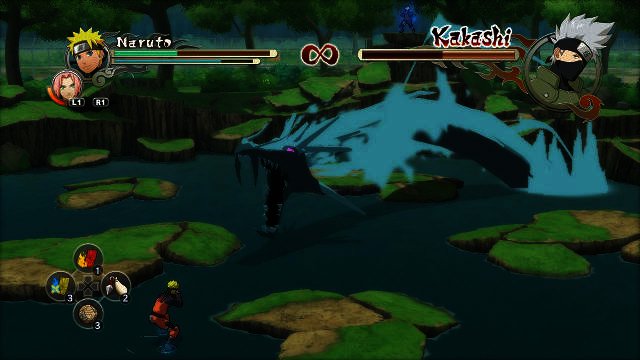 Key locations
In UNS 2 the player will be able to explore a lot of key locations from the anime series such as the Leaf and Sand Villages, Uchiha hideout and ninja training grounds.
Exploring the whole world and progressing through the storyline will keep your trigger fingers busy for quite a while and players can purchase items at shops and interact with NPC's scattered around the world. The main focus of the story mode however is for players to take part in pivotal battles from the series such as Kyuubi Naruto vs Orochimaru, Sasuke vs Itachi and Jiraiya vs Pain.
The game does a great job of telling the story with gorgeous cut scenes and narrative flashback sequences taken straight from the anime. Even non Naruto fans will be able to appreciate, and at least understand what's going on thanks to the comprehensive narrative offering. 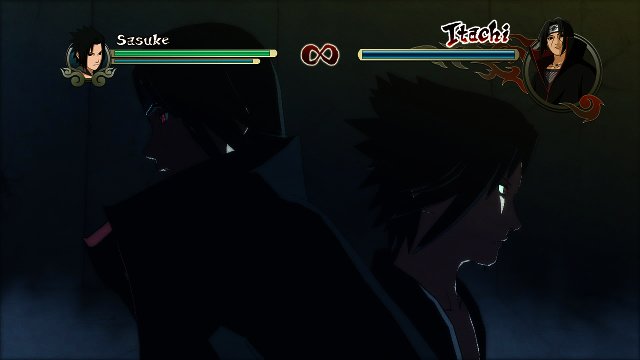 Gameplay
The fighting system in UNS2 is deceivingly simple yet hard to master. You'll be able to survive by button bashing at the start, but later on dodging attacks and executing combo's and special jutsu's (ninja techniques) becomes a necessity.
Once you get the feel of the controls, especially how to use ninja dash correctly, you'll be able to stand a chance in most fights. In addition to a close attack, ranged attack and jump (which can be combined for different effects), the game also allows players to charge their chakra, which is basically the Naruto equivalent of mana. When chakra is charged players can execute powered up moves and combos that serves to devastate enemies.
In certain battles players will also have access to support characters which they can call on from time to time. These characters can help you out in a tight spot and can be set to offensive, defensive or balanced and will jump in to deliver a few hits or take attacks in your place. Players can also execute combos and ultimate jutsu's with the help of their partners by using precision timing.
Boss battles remain the most stunning, transitioning between normal fights into quick time events when the enemy's HP reaches a certain level. These quick time events require the player to push the corresponding buttons as quickly as they appear on the screen, creating beautifully fluid battle sequences that will leave you gasping in awe. 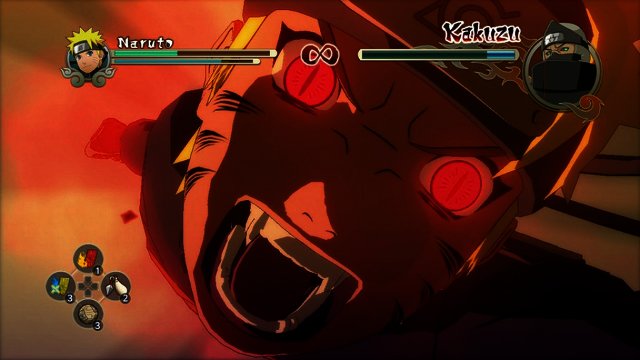 Free fight and online
A total of 44 characters can be unlocked either by playing through the story mode or through earning points in free fight, the latter being the more time consuming option. All the main characters in the Naruto universe is playable and even Lars Alexandersson from Tekken 6 makes a cameo appearance in free fight.
For all other purposes the free fight mode functions in the same way as traditional fighting games and players can play single or team battles against either the computer or friends.
A comprehensive online battle mode is also included for the first time in the series in which players can challenge each other for online ninja supremacy. Players can go head to head or compete in team battles to earn battle points which will be reflected in your customisable ninja card. Your number of battle points will also reflect your online leaderboard rankings. 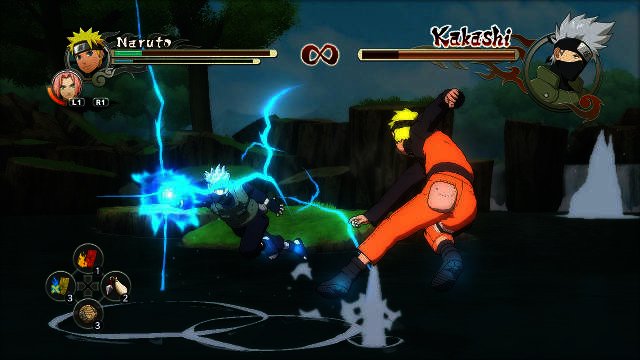 Presentation
The game's cell shaded graphics are absolutely gorgeous and studio Cyber Connect2 really did a great job of capturing the anime's style perfectly. The characters in the game look and act just like their 2D counterparts and a great attention to battle effects and ultimate jutsu's really makes UNS2 a wonderful piece of eye candy.
The sound in the game is also pretty impressive, with soundtracks taken from the anime appearing in fighting scenes to spice things up a bit.
The English voice acting is terrible though, so one thing we would recommend is going into the options list and changing it to Japanese with English subtitles. 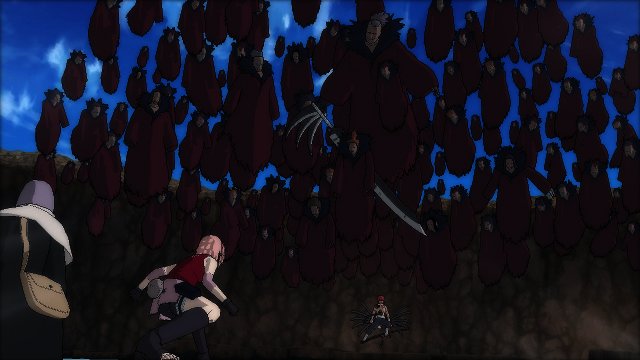 Conclusion
Naruto Shippuden Ultimate Ninja Storm 2 has its pros and cons but overall it's one of the best anime to video game adaptations we've seen thus far. It perfectly captures the epic moments and exciting battles that make the series great while implementing its own elements such as new ultimate jutsu’s and support character modes that turn gameplay into a fluid and enjoyable affair.

PROS
Gorgeous cell shaded graphics captures the style of the anime to perfectly recreate its 2D counterparts in spectacular fashion.

CONS
Some annoying loading times along with running around the world on foot can cause minor annoyances
TAGS:
narutocyberconnect2namcobandaixbox 360playstation 3
USER COMMENTS