In Sunset Overdrive the Xbox One has its outstanding exclusive, with the title taking fun/action to an eye-popping level.

Here’s an experiment: put the developers of wacky, humorous platformers and unrelenting first person shooters in a room, give their creativity all the Red Bull and sugary snacks it can handle, and wait a couple of years. The result is surely a game like Sunset Overdrive, which pumps frenetic action and shooting gameplay full of steroids, feeds it a tiny dose of LSD and promptly launches it into the stratosphere.

Put another way, Sunset Overdrive is simply a blast of relentless action, a riot of colour and a festival of over the top ridiculousness, rolled into one. 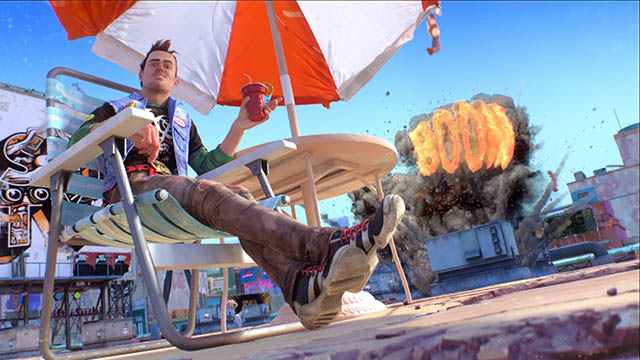 Apparently, residents of this normally sleepy small town had a slightly different interpretation of a boomtown.

The game’s story is simple enough – a nefarious corporation launches its new energy drink, Overcharge, at a massive party. Alas, those that imbibe it, instead of getting wings, receive mutations instead, becoming mindless, ravenous creatures. Fast forward a couple of weeks and your city has been overrun, with all semblance of order going up in flames.

The good news is that a petty thing like gainful employment no longer matters; the bad news (depending on perspective) is that you and a handful of oddballs are the only survivors of this Apocalypse. You have the grizzled mentor, the mad scientist who seems to perhaps have inhaled a few too many fumes from his experiments, and the overly cheery salesman who perkily encourages you to “enjoy your murder spree”. However, eschewing the usual grim view of life going sideways, Sunset Overdrive asks what if the end of the world really was a funfest? 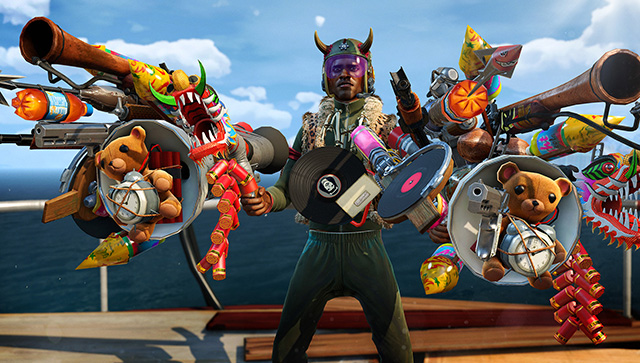 To this day,Johnny still couldn't fathom why the National Rifle Association turned down his application to be their poster child. Surely, it couldn't have been the teddy bears?

Are you feeling lucky, punk?

To this end, and borrowing from the Ratchet and Clank playbook, it gives you access to a slew of insanely weird, wacky and innovative weapons with which to deal with these mutants (called ODs). Yes, there are the standard sidearm, shotgun and spearguns, but even these are creatively named,such as the Dirty Harry, Flaming Compensator and Captain Ahab (read Moby Dick for the reference) respectively. Then there are the likes of the Acid Sprinkler, Freeze Bomb and the gun that shoots explosive teddy bears (yes, really).

Things get a lot weirder from there, with Amps that modify one’s weapons and one’s moves in several ways adding a range of progressively devastating (and madcap) effects. The kicker is that in order to activate your Amps, you need to build up style, accomplished by bouncing, jumping and grinding (fortunately no twerking). 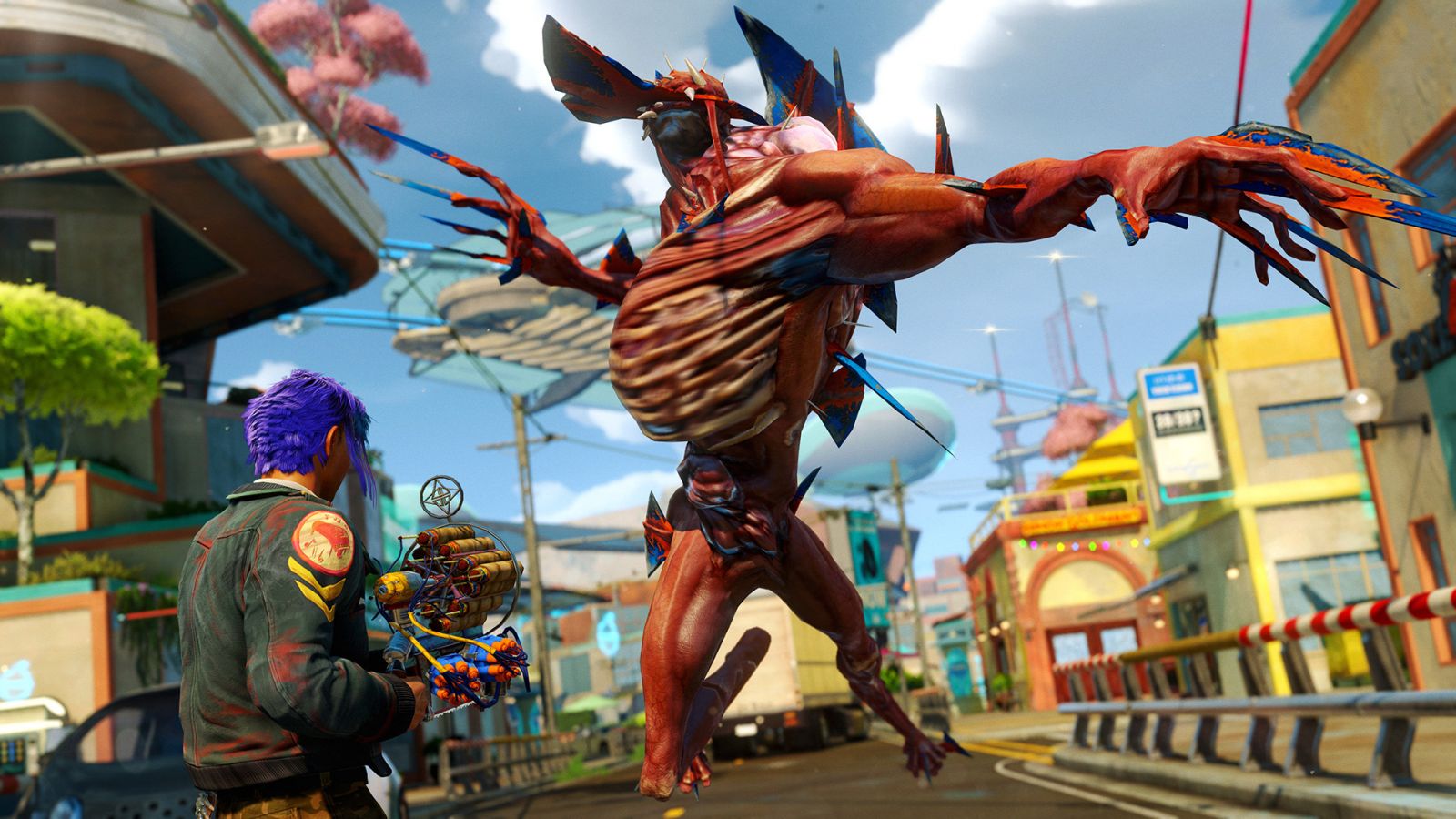 "Edward Scissorhands, is that you??! You've um, put on some weight."

Whereas grinding on rails was a select segment in Insomniac Game’s Ratchet and Clank series, Sunset Overdrive makes traversing the city by grinding an ever-present feature, that is when you are not bouncing off umbrellas or strangely buoyant cars and rooftop fans. Indeed, in Sunset Overdrive’s vibrantly colourful locale, mundane activities like walking or running around on the ground are great ways to get swarmed, eaten and then killed (in that order).

In essence, Sunset Overdrive is a major coup for the Xbox One, and is quite easily this platform’s Ratchet and Clank. It’s zany, ridiculous, over the top, but extremely well polished. Sunset Overdrive’s frequently unexpected flashes of well crafted humour to go along with its exhaustive action, make it possibly one of the outstanding new franchises to emerge from 2014. Put simply, Sunset Overdrive boasts some of the zaniest, fun gameplay at present on both of the next gen platforms. Highly recommended.

PROS
Grinding is fluid and fast, Zany weapons are fun to use, Terrific humour, Loads to do