In the world of hybrid consumer devices, there's always a bit of compromise. Areas where it excels when in one mode are countered by those where it performs under par in others. The real question is whether it can strike a strong enough balance between the two. That's the task ahead of the Alcatel Plus 10 - a 10.1" device that walks the line between tablet and notebook. Question is, is it any good at either? 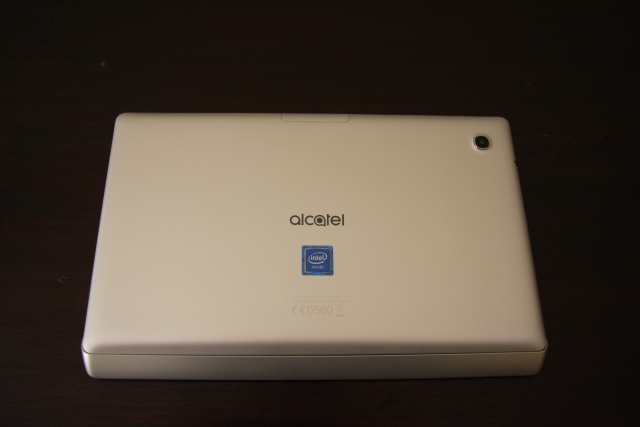 The first thing to understand about the Plus 10 is that it's not a luxury device. Retailing for around R3 600, the aluminium usually associated with an upscale unit is now replaced by plastic - and a lot of it. Nevertheless, the Plus 10 doesn't feel overly cheap, and still has an air of hardwearing-ness about. It needs to as well, as the detachable keypad that comes with it does not yield the slickest nor smoothest transformation when going from tablet to notebook, or vice versa.

To that end, the keypad serves more as a cradle to house the Plus 10 tablet-portion, as opposed to an out and out accessory that connects seamlessly. It certainly takes some getting use to, especially as the first dozen times you try to switch modes, there's always the lingering fear it will slip out the cradle and topple over. Thankfully though this did not happen.

Along with a tablet orientation, one can prop the Plus 10 tablet in the keypad cradle with the keyboard facing away from, in a display mode of sorts. This is great for watching videos or movies, and may come in handy when making a presentation. 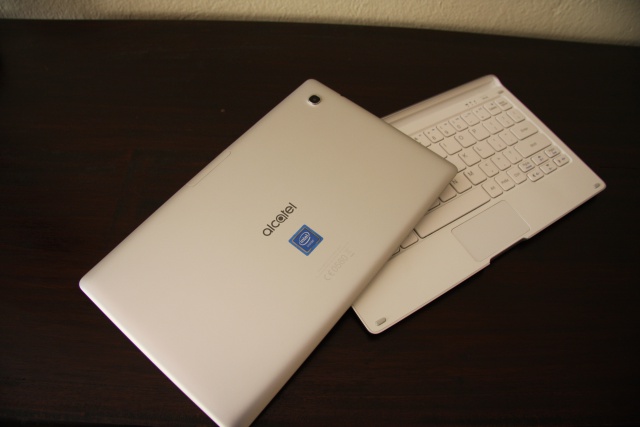 Once you've come to grips with the Plus 10's unique rhythm of changing modes, you can start putting it through its paces. As far as what the 2-in-1 8.35 mm thick tablet is packing, up front is a 10.1" HD display (1280x800). For the most part it gets the job done, but can be a tad dull at times, even at full brightness. Furthermore, the inability to change the display angle means you'll be adjusting yourself as opposed to the device itself. Again this is one aspect that takes time to get use to, and is one feature that users will either be frustrated by or simply ignore.

When it comes to the typing experience, the chiclet keyboard is okay for the most part. The feedback when striking keys wasn't always smooth, but it's not unpleasant. The trackpad, however, is a little different, as I often had to raise my finger multiple times when trying to move my cursor across the screen. It's a fairly common symptom when it comes to cheaper trackpads, and most of the time I opted to use the display to click and scroll instead.

Delving a little deeper, one finds the kind of internal setup to be expected for a entry-level device. To that end, a quad-core chipset is taking care of the processing. It clocks in at a respectable 1.9 GHz and is supported by 2 GB of RAM and 32 GB of onboard storage (microSD slot for up to 64 GB).

This mix may prove a little underpowered for some, particularly as it's slow at times with the  Windows 10 Home operating system laid on top of it, but for the most part the Plus 10 performs ably for its price. 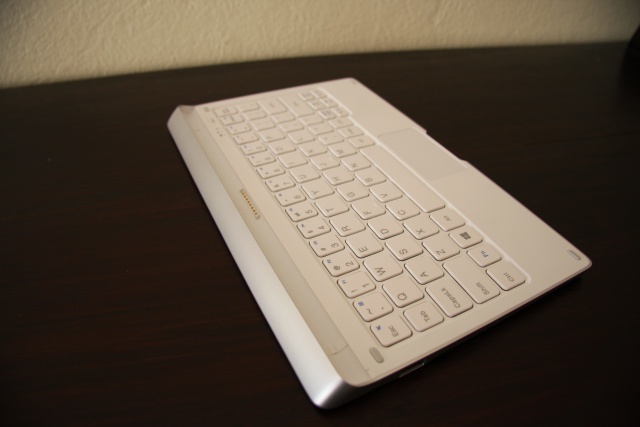 However, if you're out to do some serious multitasking, the kind afforded by a fully fledged notebook, the Plus 10 is not going to cut it. But if you simply want to view and edit documents in Word, examine an Excel spreadsheet or watch a video now and again on the fly, the Plus 10 can prove quite handy.

Other noteworthy elements of the Plus 10 include a combination of 5830 mAh battery for the tablet and 2580 mAh battery for the keypad. This is especially great for users that want to squeeze as much life out the Plus 10 as possible between charges. In that regard, we were able to yield a full day's use with about 15% battery life still left in the tank.

Another crucial aspect is the integration of 4G/LTE connectivity, which is becoming a growing consideration for anyone purchasing a mobile device. Furthermore, the Plus 10 can also work as a Wi-Fi hotspot for up to 15 different devices. It appears then, that the Plus 10 has a few hidden tricks up its sleeve, which belies its R3 600 price tag. 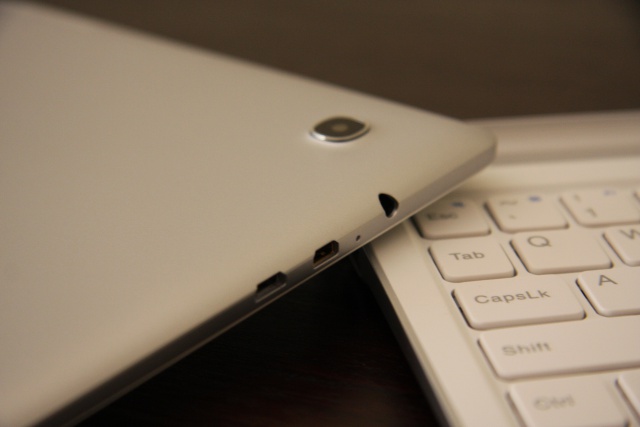 The Plus 10 is not a tablet-hybrid that will get the job done for everybody, especially those wanting a high-powered option. But if you're aiming to get a bit of work completed when away from your desk, or watch some videos when you have some time to spare, the Plus 10 is more than capable. Add to this its retail price of only R3 600 and it ticks many of the much needed boxes while ensuring your wallet does not take too much of a hit.