Asus has been building a reputation for itself as solid notebook manufacturers, whether it be for the office, gaming or home. The ZenBook (UX330UA) falls into the latter category, but also aims to be capable of handling business-focused tasks all while sporting an ultra light body. It's also an option worth considering for those swayed by the looks of the ZenBook 3, but may not have the budget to match its R25 000 price tag. 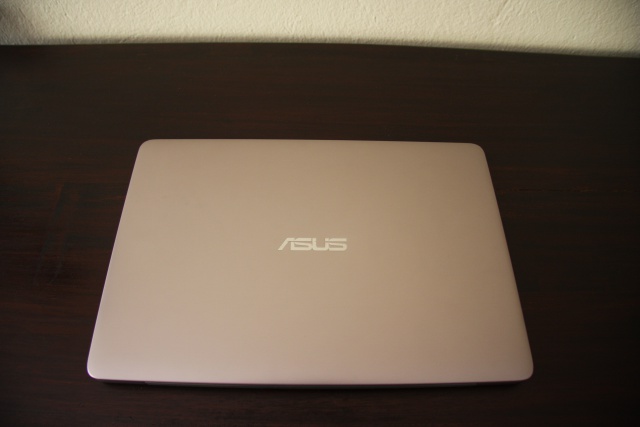 This ZenBook, however, comes in at a far more reasonable R16 000, while maintaining an overall pleasing aesthetic. To that end, there's a simple design, with a brushed metal finish to give it a more premium feel. Added to this is the fact that it measures 13.5 mm thin, while weighing a meager 1.2 kg. As such, the ZenBook is  ultra portable, and for users looking for something svelte and discreet, this offering from Asus should be worth considering.

As great as the ZenBook's design is, there are one or two drawbacks, specifically when it comes to the keyboard and trackpad. The former doesn't feel as premium as the rest of the device, with each key a bit too low quality when pressed.

It's a keystroke style that one can get use to, but seems out of place given how well made the rest of the notebook is. The trackpad too, is a tad erratic, with clicking and scrolling not happening as rapidly and seamlessly as one hopes. The performance of both the keyboard and trackpad are by no means inferior, but simply aren't on par with the rest of the ZenBook. 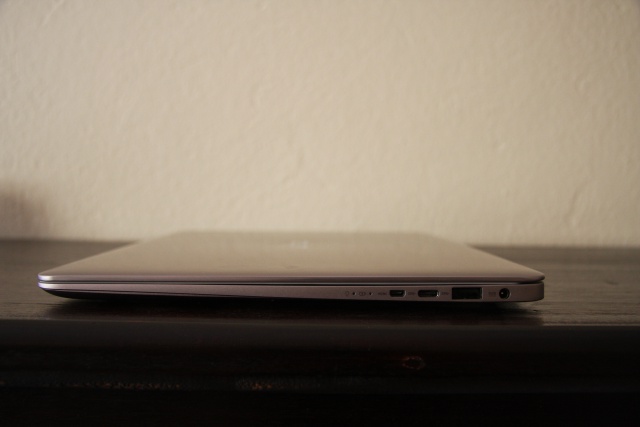 Speaking of which, lifting the top portion of the ZenBook will reveal its great Full HD 13.3" IPS display (1920x1080), which features wide angle view technology to making it clearer from different perspectives. It's a small touch, but a nice one, as it means the screen does not require constant adjustment when you've the notebook from your desk to lap, or vice versa. Also pretty handy when watching movies with friends.

As we delve a little deeper, we find a solid array of specifications to match the rest of the notebook. An Intel Core i5 (7200U) processor does the heavy lifting, clocking at a more than respectable 2.5 GHz. Asus has also added 8 GB LPDDR3 RAM and 256 GB of SSD storage for good measure. The combination yields a notebook that can handle plenty of multitasking with ease, and should not leave the user feeling like the ZenBook is underpowered. As such, it can pully duty both at the office, as well as home when needed.

Another aspect of the ZenBook which lends itself to use throughout the day is its sizeable 57 Whrs polymer battery, which Asus says it coaxed into serving up to 12 hours of life from a full charge, which was indeed the case when we reviewed it. On the connectivity side, the Taiwanese manufacturer has provided the usual array of of ports, including two USB 3.0, one USB Type-C and a single micro HDMI. 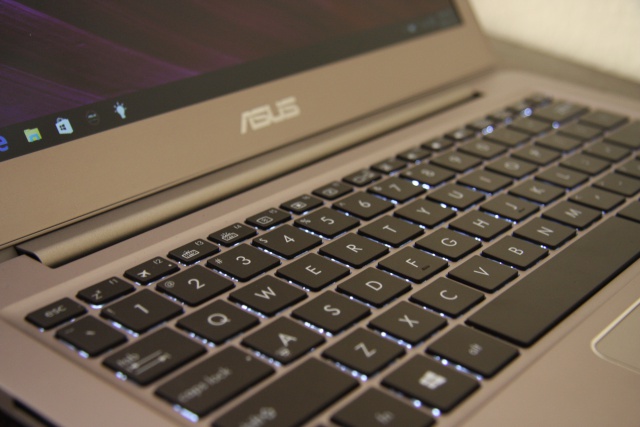 The ZenBook has many enviable traits, with its lightweight design, simple aesthetics and long lasting battery being the standouts. There is some give and take, however, with the keyboard and trackpad proving under par from the rest of the notebook. It still remains a solid offering though, and for users that aim to use it both at the office and home, it can fit in both environments well.

For notebook users in the market for a great all round device, the ZenBook (UX330UA) is a worthwhile option, should the R16 000 price tag not dissuade you. 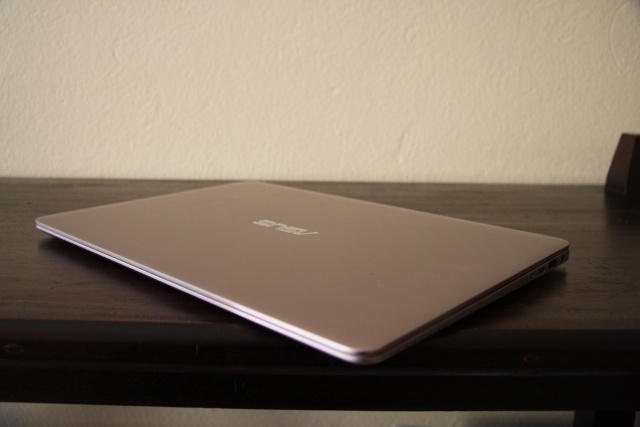