Asus’ first Windows 8 touchscreen notebook, the VivoBook X202E, has arrived – and it is a beautiful blend between touch tablet speed and notebook convenience.

Ever since tablets, with their convenient touch-screens and tactile interactivity, graced the computing scene, notebooks have battled to prove themselves as stylish and cutting edge as their keyboard less counterparts. For their part, many manufacturers seemed intent on pointing out, notebooks boasted superior processors and loads more storage space.

What would happen though, if you combined the inter-activeness of a touchscreen with the keyboard convenience of a notebook, and combined it with Windows 8’s new-found love of touch navigation? Asus’s VivoBook X202E appears to be the answer to this question.

A dual-core Pentium CPU 987 clocked at 1.50 GHz, with 2 GB of memory can be found here, which is certainly not the greatest on the processor side, but is amongst the more recent mobile processors made for longer battery life.

In our benchmarking of the device, we received scores of 1183 marks in 3D Marks 6, 56 in Heaven and 410.7 in Passmark. Admitedly, these aren’t brilliant scores, but benchmarks aren’t the be-all-and-end-all of a notebook’s actual performance in general usage.

On that front, we still found performance to be fast enough, certainly when scrolling through the various tiles on the Windows 8 desktop, while opening programmes didn’t exhibit unbearable lag either. This is not entirely surprising, considering that Windows 8 is apparently more resource friendly than previous Windows operating systems.

Additionally, it must be borne in mind that the VivoBook is aimed at the mainstream market, as evidenced by the fact that it is coming in at below R6 000. 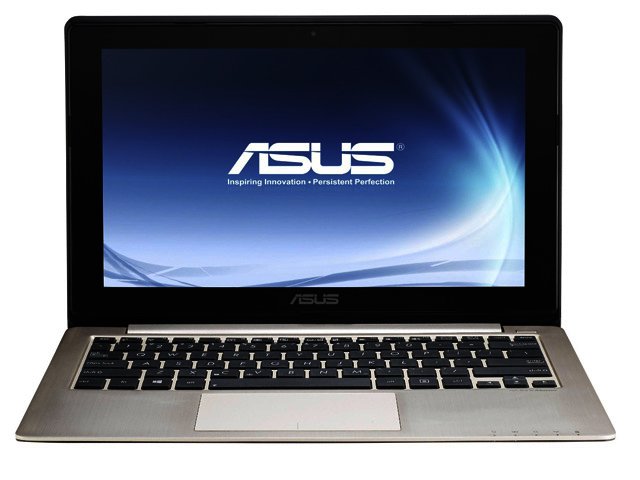 Both the appearance and the build quality lived up to what we have come to expect
from Asus devices.
Built to impress

As we have become accustomed to by Asus’ tablets and notebooks alike, the notebook is a well built beauty. Elegantly robed in a mixture of chrome and black, the notebook looks, and more importantly, feels, extremely solid and well crafted.

The pricetag does not mean that Asus has cut corners on build quality; as the aluminium body even reminded us a little of the stellar, and considerably more expensive, Asus Zenbook.

Suffice to say, neither the keyboard nor the screen flexed when we applied pressure, while the hinges held the screen firmly in place.

Speaking of the screen, we have come to expect bright, contrasty and glossy screens from Asus, and on this front, the VivoBook X202E certainly delivers. With a resolution of 1366 x 768, text and images on the 11.6” screen looked sharp, while colours ‘popped’ and the overall brightness of the screen, when cranked to the maximum, was above-average. As for the touchscreen’s responsiveness, it is no less fluid and fast than the latest tablet to cross our path.

No less appealing is the chiclet keyboard, which has well spaced keys that exhibited a very comfortable combination of springiness and depth. It is accompanied by a generously sized, responsive trackpad, that sits flush with the palm rest, and incorporates its two mouse buttons in the touchpad.

Additionally, some extra functions, such as controlling the screen’s brightness, volume and wireless are accessed with the help of function keys (but requiring one to press the function lock key to activate). 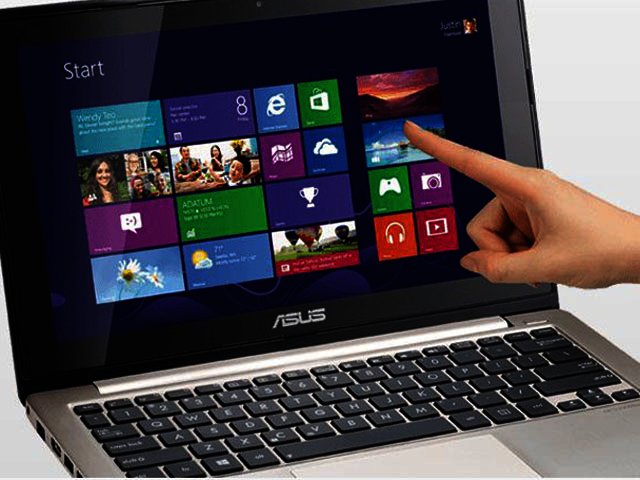 Admittedly, it took a little while to get used to the idea of navigating an OS using a touchscreen
as well as, or instead of, the touchpad. Once we did though, it felt easy and natural.
Fast on the draw

While our review model sported a 500 GB hard drive, what we really loved about this Windows 8 notebook, is that start-up times were negligible. This applied to whether we were booting up the machine from a powered off state, as well as when waking it from a sleep state.

We are inclined to believe that this is one of the efficiency features brought to bear by Windows 8; rather than as being a function of the fast - and expensive - solid state drives included in ultrabooks.  Either way, the near instant responsiveness on offer here is certainly a boon to the notebook.
It means one can grab the device and be typing or attending to email without having to sit through lengthy boot times; essential for those times when inspiration strikes and an idea begs to be recorded before it slips away.

On Windows 8, with the absence of the Start menu, we found the most elegant ways to shut down and set the machine to sleep, respectively, was via the power options. Admittedly, this is a facet of the new operating system that takes some getting used to, especially for those of us who have become accustomed to Windows’ Start menu since Windows 98.

The net result: we eschewed trying to time how long Windows took to be ready for action in both scenarios on the VivoBook X202E – it was simply too fast to time accurately, and was comparable with iOS and some Android tablets. 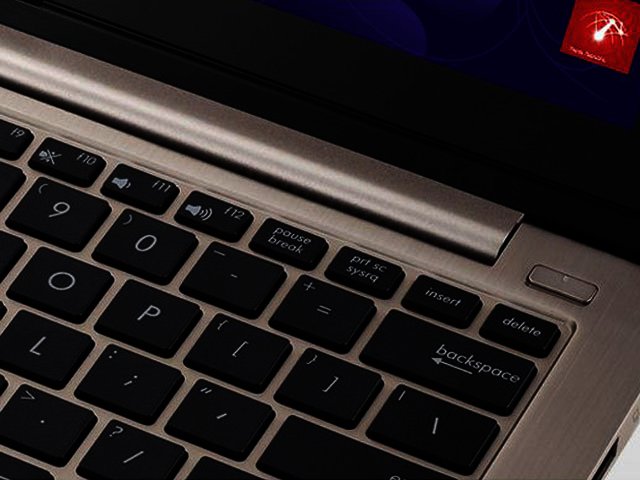 The chiclet keyboard's keys provide the right balance of springiness and depth, making for some comfortable typing.

As befitting the overall quality of the notebook, we found the sound to be similarly good, loud and clear, and certainly more than sufficient to watch movies and play games. Two USB 2.0 ports, a USB 3.0 port and an HDMI and Ethernet port are all onboard, as is an SD/MMC card reader.

One thing you will not find here though, is an optical drive. This is hardly a big miss for us; ever since ultrabooks were introduced, computer users have been steadily weaned off the now aging storage medium. Nonetheless, it is worth noting ahead of time.

Also counting in the X202E’s favour is the negligible size of its power adapter. You will not find a heavy power brick to tolerate and cart around here; instead, the power adapter is comparable to that found on a MacBook Air, and will undoubtedly be appreciated by users who plan on karting the notebook around with them regularly.

Besides from the excellent build, touchscreen, and very good display and keyboard, the VivoBook X202E further cements its distinction by being the only Windows 8 touch-enabled notebook available in South Africa at the time of writing for the mainstream market.

We certainly cannot imagine any user being unhappy with what is on offer here, we certainly were not. It would be all too easy to recommend this to students, or those looking for the Windows 8 experience and yet who don’t want to break the bank.

The VivoBook X202E is currently only available at Incredible Connection for less than R6 000 (one price we have seen is R4999), although we are told it will be making its way to other channels in due course.