All of the effusive praise and superlative reviews that have met the iPad 2, which has become one of if not the most popular tablets on the market to date, equally apply to the new iPad, along with some added features that see the new iPad only raising the bar.
The new iPad has an almost identical form factor to its predecessor, to the extent that, on the surface, it could be quite difficult to tell them apart.
That is, until you turn it on. It is then that the most notable upgrade becomes apparent, namely the Retina display, which offers a 2048 x 1536 resolution, quadrupling the number of pixels of its predecessor.
This translates into a significantly sharper and clearer screen than the LED backlit IPS LCD touchscreen found on the iPad 2, which in itself was no slouch.
Superlative display
However, this is more apparent in certain circumstances than in others. While the text on icons is sharper, it is when playing games, watching videos or viewing pictures, that the Retina display screen and the new A5X processor’s quad-core graphics really shows their prowess.
Playing Angry Birds or other games that include vector art, for example, looks so crisp and clear that the difference between playing the same game on the iPad 2 and playing it on the new iPad could be compared to watching video on a full high definition TV versus watching it on an older, non-HD model.
Editing video’s on apps like iMovie, and playing with one’s photos on the new iPad is similarly as impressive, and poses a strong argument to invest in Apple’s latest.
When browsing the web, reading ebooks and viewing text documents, the resolution bump is somewhat less noticeable, so keep that in mind if you have to make a choice between the iPad 2 and new iPad, and if you have no interest in watching movies or playing games. 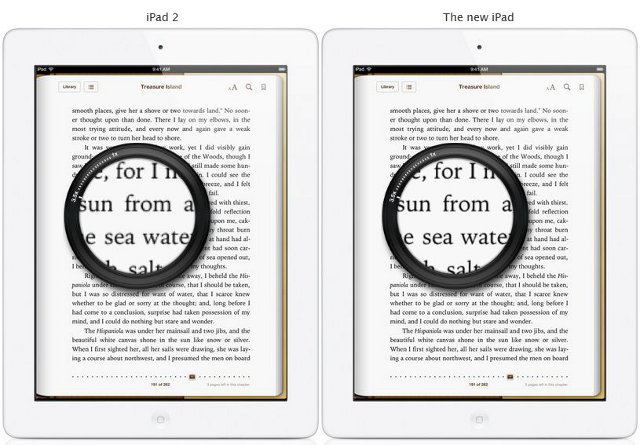 Admittedly, the Retina display gives sharper results across the board, even if text doesn't show quite
as dramatic an improvement as graphics.
Changes and similarities
Performance wise, both the iPad 2 and the new iPad are similar in responsiveness and their speed of opening and running apps, and both offer equally decent reproduction of sound. We would be remiss though if we didn’t at least mention the other upgrade in the new iPad, namely its support for 4G speeds.
Unfortunately, that matters little to users in South Africa, as this connectivity upgrade is rendered immaterial, since South Africa does not yet offer LTE networks. Therefore, those who choose the cellular model, are reverted to 3G speeds, much the same as is on offer on the iPad 2 Wi-Fi and 3G. (This is also the reason for a discrete name change on the new product).
Also onboard is the 5 MP iSight camera, with which one can capture high-resolution photos as well as full HD video. The camera boasts backside illumination (BSI), which enables it to perform admirably in low-light conditions, along with image stabilisation. However, while this performed well enough, we still wouldn’t try use the new iPad as our camera of choice, if only because its size makes it impractical and unwieldy.

Another critical component is the device’s battery life. This has remained the same ten and a half hours as on the iPad 2; however, we found the new iPad required significantly longer time to reach a full charge from empty as compared to its predecessor, most likely due to the increased size of the battery. 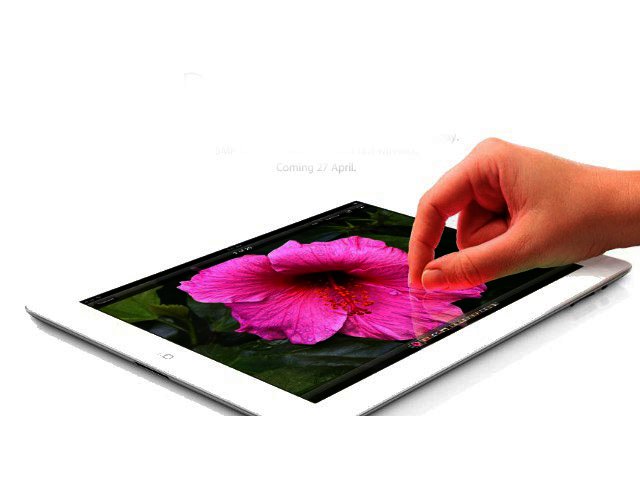 The new iPad is as responsive and as much a pleasure to use as the iPad 2, if not more so.
You’ve been warmed...
However, the bugbear and the real price of all that extra power needed to support the Retina display, is that the new iPad does get noticeably warmer than its predecessor; and after only a short period of use. Admittedly, it never reaches levels of becoming unbearably hot, but the extra strain on both the larger battery and the processor was apparent in the heat that the device gives off quite quickly after we turned it on.
Additionally, the new iPad is marginally thicker (9.4 vs 8.8 mm) and noticeably heavier (662 vs 607 g) than the iPad 2; but this makes little if any difference to the comfort level of holding the tablet for long stretches.
However, the hardware is only part of the appeal. Developers are quickly updating their apps to support and take advantage of the new Retina display; and everything from games, e-magazines, news reading apps to note taking and drawing apps are receiving some extra love and care at present.
This means that moving forward, developers will likely concentrate more heavily on developing apps with the new iPad in mind first, something worth considering if you want to be fully future proofed for apps that are not yet available. 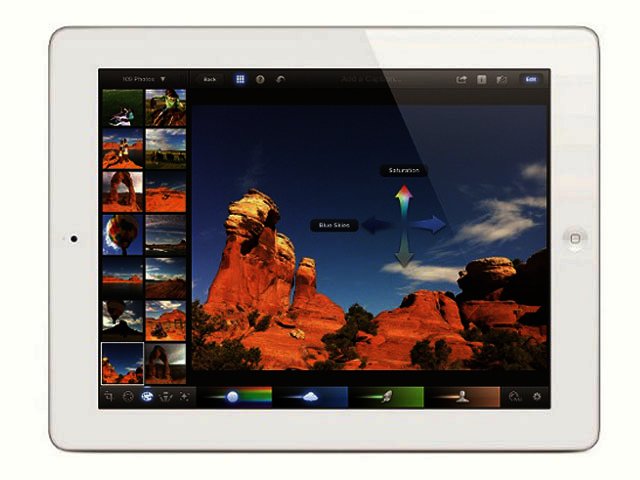 This is one of the hottest tablets around, sometimes a little too literally.
To the point
The new iPad may not be perfect, but even these issues are minor enough to never overshadow the brilliance of the display. In short, the new iPad offers a greatly enhanced screen that makes an already fantastic tablet even better. More significantly, the accompanying pricedrop on the iPad 2 transforms the market into a very difficult place for any competitors.
The new iPad costs R5000, R6000 and R7000 for the Wi-Fi versions only respectively and R6300, R7300 and R8300 for the Wi-Fi and 4G (now called Cellular) versions respectively. Thanks to Nashua Mobile for providing the review unit.
Pros
Incredible Retina display screen
Long battery life
Immense array of apps
It’s an iPad
Cons
Noticeably warmer than the iPad 2

Can take quite a while to charge

CONS
Noticeably warmer than the iPad 2, Can take quite a while to charge
TAGS:
iPadnew IpadAppletablets
USER COMMENTS