Brewing the perfect cup can be a long, arduous process, or take no longer than a few minutes. While using expensive machines has its benefits, an easy to use manual coffee maker recently came for review. After brewing with the Aeropress, it’s difficult to think that it won’t have a permanent place next to the kettle.

The Aeropress comes from the mind of Alan Adler, the same gent responsible for the Aerobie, which might ring a bell if you are a child of the 80s. Fully plastic, it works on a dual brewing method and is dead easy to use. Lock in your filter, stand the Aeropress on a cup, measure your spoon of ground coffee and pour it down the chamber, pour hot water in, stir and press down the plunger (the inverted method is actually better - read about it here). It’s so straight-forward you should be able to manage even when still half asleep. 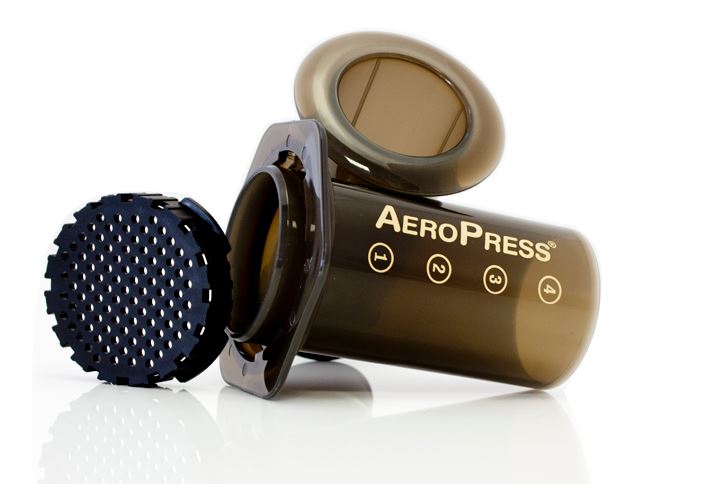 The coffee is extracted first in the chamber and then when the press goes down, using air pressure to ensure that the full flavour is obtained. Your cup of Joe is immediately available and is as hot as can be since it wouldn’t have been standing around too long as with a French press. Here’s the kick, unlike regular plungers you have close to zero grit at the bottom of your cup thanks to a micro filter – a massive plus in my books.

The full plastic design allows it to be popped into a travel bag with no concern of it breaking, while it’s also a breeze to clean. There are two things to note however. Where coffee can remain in a French press for a second cup, the Aeropress provides more of an immediate drink. Although you can brew more than one cup at a time, you would need a container to keep it in. Also, you’ll find that you need to push a lot harder than with a French Press and I could never shake the thought that the cup might tilt over while pressing down. After a number of brews this never actually happened. 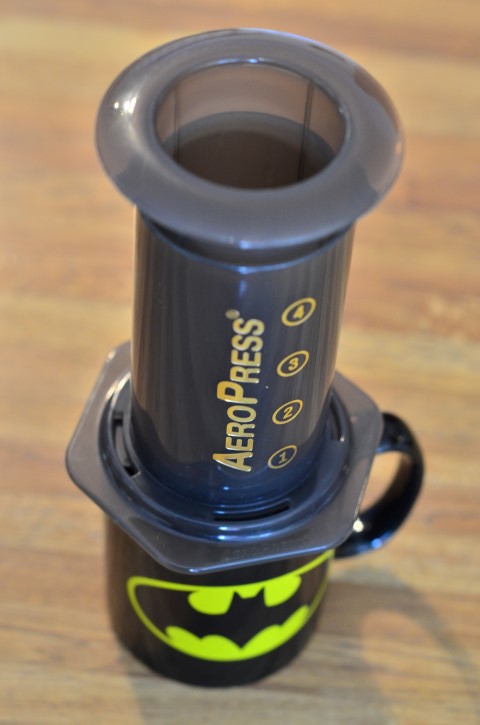 There are loads of videos online showing different techniques to get the best brew (Americano, Espresso, etc) out of the Aeropress, but after getting the basics down I found that it’s actually very difficult to make a bad cup with it (unless you put in less coffee than the recommended amount).

After having my fair share of problems with French presses in the past, the Aeropress comes along as if sent from the gods. Dead easy to use and with zero residue left in one’s cup, the Aeropress should be on every coffee connoisseur’s radar. It retails for R695 from Takealot.

How to use Aeropress from More Flavour on Vimeo.

PROS
No residue, easy to use, allows for a quick cup, non breakable parts, can take anywhere