At first blush, I didn’t know what to make of the Roli Lightpad Blocks modular Music Studio. It looks like a small black block, divided into nine LED lit squares. Then it is accompanied by a small control panel piece that attaches magnetically to one of the sides.

Together, the two pieces look like something Marty McFly might have brought back with him from the future, or that could have been found among the remains of an alien spacecraft.

Where this portable beat maker really comes to life is when it is paired, via Bluetooth, with the corresponding app on an iOS device. Then, you attach headphones to your device and learn what Roli calls 5D touch, with strikes, sliding motions, and gliding your finger across the surface of  the block producing an array of sounds.

These are accompanied by an animated visual of what a sound might look like, which show on your device screen. The result is enchanting. 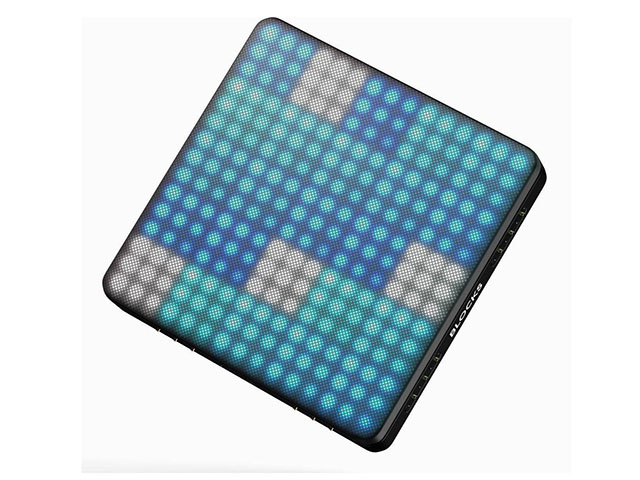 Can you feel the beat?

Once you get the hang of making sounds in this fashion, you can start creating loops, beats, and an array of music by playing different instruments, from drums and pianos to harps and bass. Furthermore, you can then open a mixer, to adjust the volume levels of the beats you have made, save them, and share them online.

The combinations of what you can end up producing are infinitesimal. Here’s the rub. I did get the feeling that in someone else’s hands, who is more musically inclined, the results would really shine.

In my more visually orientated skill set, I was not able to produce something I could justifiably call music or an alluring beat. The reason had far less to do with the Roli’s capabilities than it did with my competence – or rather, lack therefore. To its credit though, the device made me want to try, which is saying a lot for how compelling playing it actually is.

The good and the not so great

There are a few things that I really like about the beat maker and a couple that were a bit of a nuisance. First the good - this is seriously portable, a great way to have a music studio that you could carry with you or keep yourself entertained with on a long flight.

It is also easy to set up, requiring just Bluetooth pairing with the app and away you go. The interface to access its features is also intuitive, uncomplicated yet deep enough to merit further exploration. Finally, the sound produced through a good set of headphones is terrific - clear as a bell, satisfyingly loud and with a fair bit of nuance.

Onto the not so great - only iOS v9 and 10 are supported. My IPad Air, which is still on those previous versions had no problem recognizing the device but my IPad Pro running on iOS 12.4 couldn’t or wouldn’t recognize it and pair. Hopefully that is something that will be addressed.

The device does work with Windows 10 but if you are on an Android device and want to use it, unfortunately you are out of luck.

Secondly the magnets aren’t that strong, and the additional side module came undone from time to time. As well, Bluetooth on iOS can be temperamental, dropping connection on occasion for no reason. Naturally you need a device to use it, so it doesn’t stand alone. 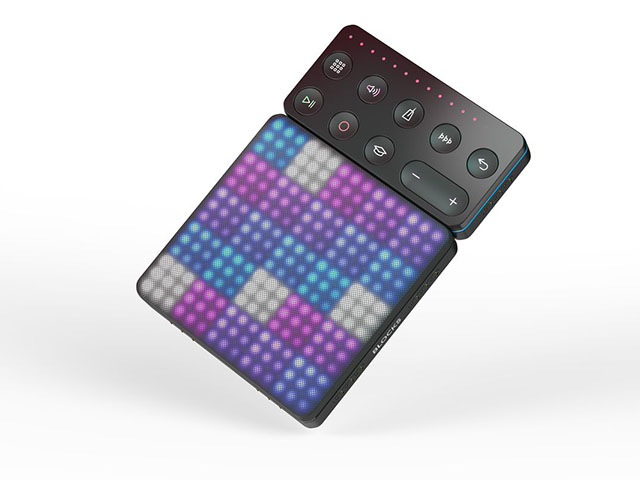 Are you a music maestro?

When it does work though, which is most of the time, it offers an intriguing way to create beats and mix up your own music. It’s further a really interesting way to combine using one’s tactile sense - striking the block, pressing and holding to build up sound, sliding your finger or two across its surface - with the art of creating music.

Much like with digital painting, I could well imagine musicians getting lost in their creativity using it, for which it may well be worth the asking price of around R4129 for the Loop Block and Lightpad Block together, or around R3000 for the Lightpad Block on its own.