Top 3 things to love about Skyfall

Fifty years ago, James Bond made his first appearance on the silver screen in Sean Connery (still the best Bond for many fans) filling the shoes of what was to become one of the most popular characters in popular culture.

Although there is plenty to love about Skyfall, here are our Top 3 elements that not only makes it a must for Bond fans, but also to all newcomers to the franchise.

In Skyfall we get to delve into the origins of Bond, with the writers providing a more human, relatable character. Unlike the super agent we are familiar with, who is single handedly able to skop, skiet and donner his way out of virtually any situation, the new Bond even comes across as fragile at times.

After 007 is almost fatally wounded, he goes missing in action, presumed dead. Bond only makes his return to MI6 when the clandestine organisation comes under attack. However, he’s now only a shadow of his former self, both physically as well as mentally, and does not seem ready to face this latest threat.

The intriguing storyline in this nearly 2½ hours long movie does not mean that the film offers slim pickings in the action department. In fact, quite the opposite, as Skyfall is packed with action from start to finish, beginning with certainly one of the best opening sequences of any Bond film to date. 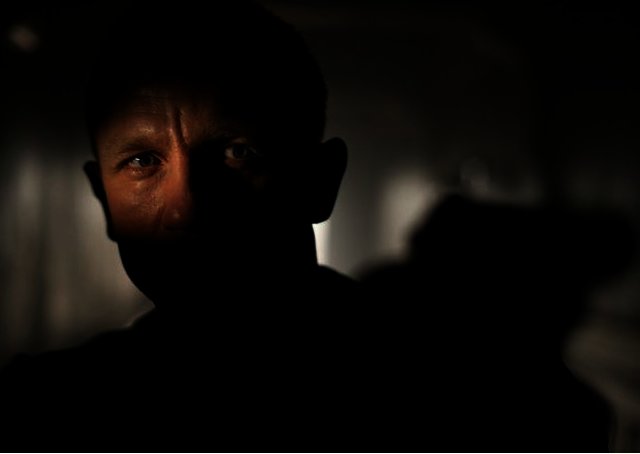 Bond steps out of the shadows as a more human, relatable character.

#2: Long live M, plus the return of Bond favourites

The more relatable Bond has to deal with issues from his childhood; the new threat to MI6; as well as Gareth Mallory (played by Ralph Fiennes) who looks to be making moves on M’s job. M, once again solidly portrayed by Judy Dench, is also fleshed out, making us care about her survival a lot more than before.

Two well known Bond characters make a return within Skyfall. Q (played by Ben Whishaw who worked with Daniel Craig in Layer Cake) is not the old man in the white lab coat Bond fans will remember from previous iterations. Instead he’s a young tech-savvy upstart who is able to go toe-to-toe with Bond when it comes to trading banter.

SPOILER ALERT! Skip the paragraph if you want to keep it top secret.

Moneypenny (portrayed by the sensual Naomie Harris, Pirates of the Caribbean: Dead Man's Chest) is also quite different from how fans will remember her as M’s secretary who goes week at the knees every time Bond floats a careless whisper. Instead, this new modern Moneypenny, or Eve as we get to know her, is perfectly capable of firing her own Walther PPK. 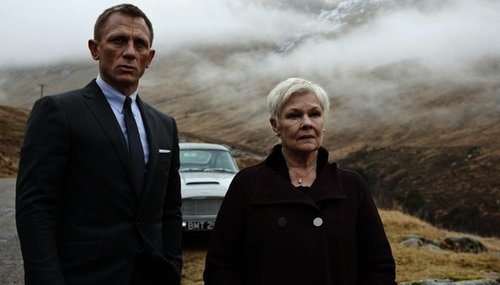 Well...clearly the view was more impressive when I was young.

#1: Possibly the best Bond villain in the franchise

Mendes lobbied hard to get Javier Bardem as Bond villain, Silva, and that brilliant decision results in a phenomenal pay off. Bardem’s Oscar-winning portrayal of the captive bolt pistol-wielding killer Anton Chigurh in No country for old men seems to have perfectly prepared him for the role of the sexually ambiguous cyberterrorist Silva.

Bond’s equal both mentally and even physically, Silva comes across as imposing despite his rather flamboyant fashion sense and hair style. Unlike the usual mundane, been-there-done-that plot of ‘I want to take over the world,’ our antagonist is opting only to exact his single-minded, very personal, revenge on someone close to Bond.

Bardem managed to outshine his fellow cast members (who were not shabby in the least either) in virtually all respects, and for our money should most definitely be listed as one of the best Bond villains of all time. 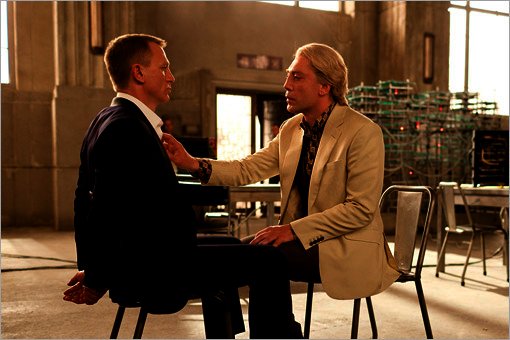 After a stale Quantum of Solace, Sam Mendes has luckily managed to regenerate Craig’s Bond. The reinvigorated 007 will definitely satisfy fans of the series, due to the copious amounts of action as well as the writers providing a deeper look into the history of the main characters. Skyfall’s re-introduction of characters like Q and Moneypenney also assisted this cause.

If you were sitting on the fence regarding the decision to go see Skyfall or wait for the DVD to be released, we only have one thing to say to you: You do not have to be a Bond fan to enjoy Skyfall, but Skyfall is so enjoyable that it will certainly make a Bond fan out of you.

Almost everything about the movie but most notably Bardem’s performance as Silva.

The pace of the middle part of this more than two hour long film is a little on the slow side compared to the fast paced, action packed beginning and end.
No scenes were shot in SA, even though scouting took place here.

PROS
Almost everything about the movie but most notably Bardems performance as Silva.

CONS
The pace of the middle part of this more than two hour long film is a little on the slow side compared to the fast paced, action packed beginning and end. No scenes were shot in SA, even though scouting took place here.
TAGS:
MovieJames BondSkyfall007Daniel CraigJavier Bardem
USER COMMENTS