The impending flood of wearables set to hit South African retailers is well documented. Harder to define though, is which smartwatch will rise above the competition. Sony for one has been in the smartwatch game for some time now, releasing four different models over the past few years. The SmartWatch 3 is the Sony's latest and marks the adoption of Android Wear as the wearables' OS. So what exactly changed? 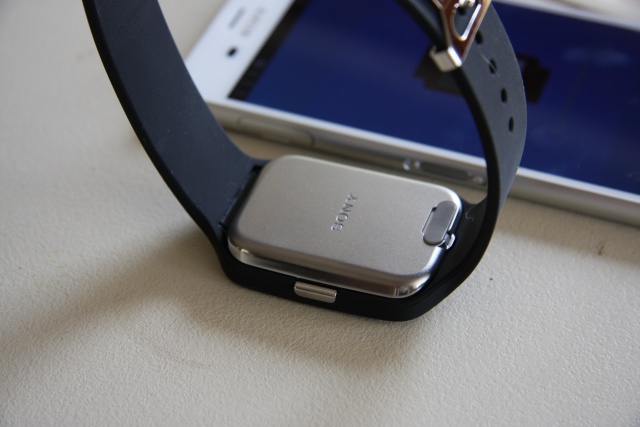 As far as looks go, Sony has stuck with the rectangular shape seen in the SmartWatch 2, also incorporating the similar rigid plastic band material and metal clasp mechanism. The band itself band attracts a fair amount of dust and dirt, which gets stuck in between the small ridges. Apart from this issue, it fits well and the watch sits comfortably on the wrist at 45 g. Powering up the SmartWatch 3 showcases Android Wear on a 1.6" (320x320) transflective display, which is bright and clear, even outdoors.

My review period with the SmartWatch 3 was marred by a lengthy pairing process (with Android 4.3 devices and up) that required several device resets before it got going. Once paired though, Android Wear was quick and responsive, behaving intuitively to the specific swipe gestures and voice activated Google search functionality.

In essence, the OS performs similarly to Google Now, acting as a supplementary tool to one's smartphone experience. As a result emails, messages, weather info are brought up with a few swipes. Added to this is 4 GB onboard storage, 1.2 GHz quad ARM A7 processor, 512 MB of RAM and 420 mAh battery good for two days worth of heavy use. 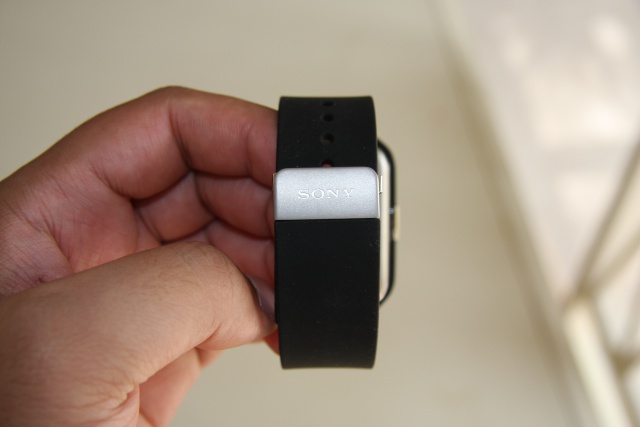 In terms of meeting Smartwatch benchmarks, Sony's offering proves adept. Notifications and messages are timeously received, with the actioning of simple tasks easy to handle. Android Wear too, has improved functionality and richer apps to explore compared to the basic Android OS featured in the SmartWatch 2 (review). Much like its predecessor, and smartwatches in general, the SmartWatch 3 features very little to distinguish itself from the other Android Wear sporting wearables.

What does count in its favour however, is a clean and simple design, a watch that fits comfortably, as well as a hard wearing product thanks to a IP67 rated waterproofness and dust resistance. If the R3 500 price tag does not scare you off, then the SmartWatch 3 is a solid wearable that performs as expected. 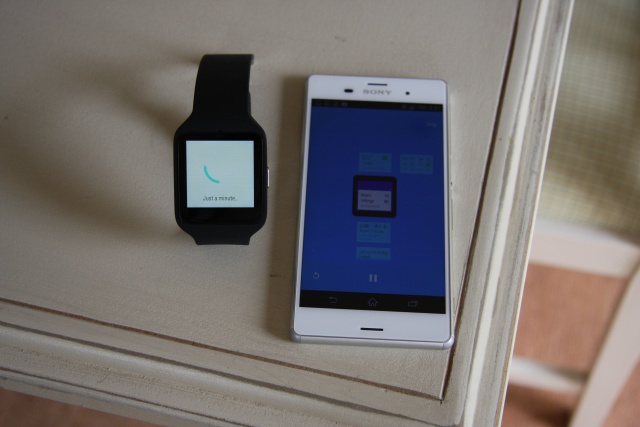