Built by Samsung but driven by Google, the Nexus S’ all-black design is enhanced by both a slightly curved back and screen. It’s a bit thicker than the Samsung Galaxy S due to the curves on the end of the phone, but thanks to a few mm cut off on both its length and its height it does not come across as too plump. The big differences though are not found externally, but rather on the inside.

Unlike Android devices from other manufacturers, Google does not provide a customised interface, the likes of HTC’s Sense or Samsung’s TouchWiz. This means a pure and simple Android experience, without the extra bells and whistles laid on top.
This spartan approach should appeal to Android users who wants a no mess, no fuss approach – granted that you can decorate your phone all you want via downloadable apps anyways. 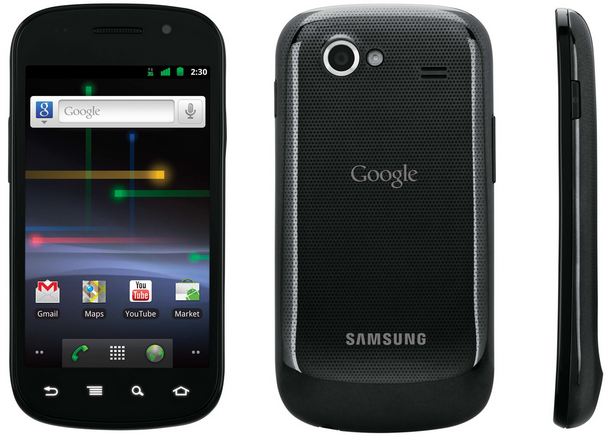 There’s another thing Android fans can smile broadly about since the Nexus S contains the most up to date Android operating system (for smartphones) currently in SA namely Android Gingerbread version 2.3.4. Android 2.3 brings a few valuable improvements to the platform, most notable when using the onscreen keyboard, since cursor control on copying and pasting is much better than ever before, while the keyboard itself also works a lot smoother.
Much appreciated also is the battery use monitor which shows to what percentage each aspect of the system drains the battery, with the display by far responsible for the most strain (although not shown is the strain placed on the battery by the phone trying to connect to the 3G cellular network). Downloads are also easier to manage this time around.
On the inside
The Nexus S runs on the same 1 GHz processor found on the Galaxy S, meaning it is very fast, but not quite on par with some of the dual-core processors found on some of the new “superphones”, such as the Samsung Galaxy SII, coming soon. A good dollop of 8 GB worth of onboard storage space is included but much to our disappointment no SD card is provided – a headache if you stored lots of data on your previous phone’s microSD card and want to make use of it again, or simply want to expand your memory.
Video quality is also peculiarly low at 800 x 480 instead of the more preferred 1280 x 720 (HD-ready), while we weren’t impressed by the five megapixel camera’s images either. Ditto for the onboard speaker which can’t really keep up on the volume side. At least screen quality is solid at 480 x 800 for the 4” real-estate. 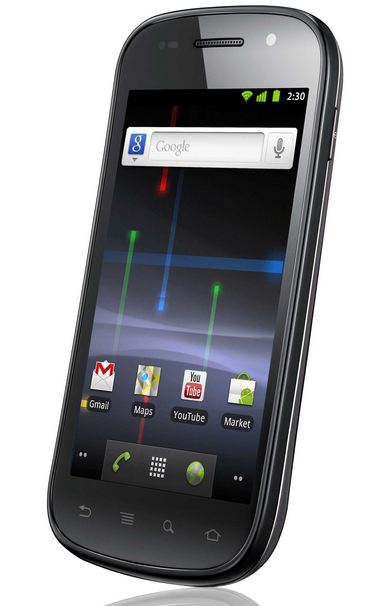 A small little side note is that when the Nexus S is in standby it turns completely black, with only the earpiece speaker allowing any sense of orientation. It often happened that we fumbled with the phone upside-down, at least initially. The fact that there are no hard buttons whatsoever also didn’t help either.
Much was said about the Near Field Communication functionality included on the Nexus S, but at this stage there is no place to actually make use of it. Still it's good to know the phone is future-proof, but how long we would have to wait for NFC in SA is anyone's guess.

If you’re looking for a plain and simple Android experience, the Nexus S is the route to go. It offers Android Gingerbread without all the bells and whistles of a customised interface offered on other manufacturers' phones. It’s not a basic phone in any regard, containing all the mod cons expected from a modern smartphone (sans SD card and HD-ready video), but that said this phone is starting to show its age compared to a number of new "superphones" entering the market. It retails for R6299.

Photo and video below par, no microSD card slot.