When we hear that a smartphone manufacturer has created a smaller version of its flagship device, it’s often met with a certain sense of hesitation. This is usually because the release of such devices creates an unrealistic expectation in the mind of consumers, often thinking that this smaller version will provide the same experience as the original. In the case of the Xperia Z1 Compact  from Sony smaller definitely does not mean less powerful.

Sony has made a concerted effort to ensure that despite the Z1 Compact’s diminished dimensions, it still retains all the key elements that made the Z1(review) a great flagship. The Compact has preserved the same design and overall feel of its bigger brother, as well as its processor and camera, but comes encased in a water and dust proof 4.3” full HD display, and not 5” as on the Z1. Despite the obvious size difference, Sony has also shaved some weight off, with Z1 Compact coming in at 137 g compared to the Z1’s 169 g. 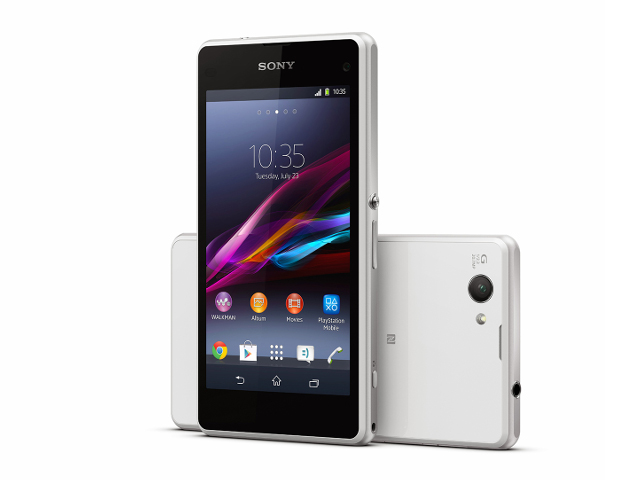 The Compact features the same aluminium frame and onyx, mirrored casing found in the Xperia lineup. Although painfully beautiful, the phone picks up a fair amount of dirt and marks as a result of its highly reflective surface. Handling is also not as tactile as one would think, considering it has just gone under the knife. The aluminium frame has a propensity to slip out of hand and the glossy back cover offers very little traction. Handling is now a little worrying, considering you’re shelling out close to R8 000 for this top-tier device.

No compromise, despite size

The Z1 Compact is powered by a 2.2 GHz quad-core Snapdragon 800 processor, 2 GB of RAM and Android 4.3 (Jellybean). This adds up to an extremely fluid, responsive and intuitive unit, which is superbly highlighted by the newly fitted IPS display (1280x780). A great display makes all the difference in this iteration, with smaller versions of flagships often fitted with lackluster screens. The Z1 Compact remains bright and vivid in darker lighting conditions, but struggles in lighter ones, again due to its highly reflective surface.

As far as imaging goes, the Z1 Compact features the same 20.7 megapixel camera as its big brother, armed with a multitude of shooting options, chief among which is the Timelapse burst function. The camera mode allows users to capture sixty frames in one shot, with the option to pick and choose the ‘perfect moment’. The feature works well, but the amount of time it takes to select a frame can become quite cumbersome, considering users have to manually filter through 20-plus images to choose the best one. There is also a noticeable delay between pressing the shoot button and actual capturing of the image. It’s a real pity considering the high quality camera is not supported by a quick, responsive interface.

Sony has provided the Compact with the same ports as the Z1, sealing the micro SD, mini USB, micro SIM card slots with detachable covers. The dock connector however, still remains an exposed eyesore, as it was with the Z1, seemingly ruining an otherwise clean frame. Also retained are the ANT+ wireless, Bluetooth 4.0,NFC and multiple LTE band connectivity, which make the Compact a solid multi-tasker. 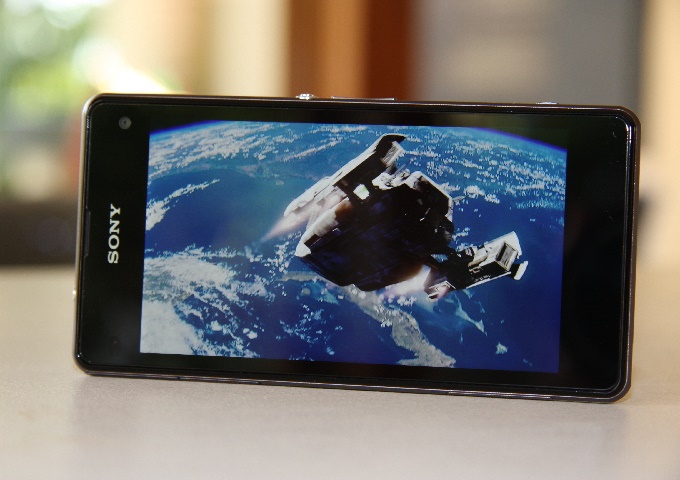 All in all, the Z1 Compact is a flagship in every regard but one - size. This is by no means a bad thing, as it will afford Android loving consumers the ability to opt for a device that still packs a considerable punch without eclipsing their palm. When put up against rivals, like the HTC One mini (review) and Galaxy S4 mini (review), both of which skimp on specs, the Compact comes up trumps. At roughly R2 000 less than the phablet alternative, it may just be more tempting as well.

PROS
Excellent build quality; Highly specced for top-tier performance; Fantastic display and image quality; Retained all the key features of the Z1 at no compromise