Mobile analyst firm Juniper Research has put last year in perspective by releasing its Q4 and full year smartphone market assessment for 2015. From what can be gained, it wasn’t the best one for manufacturers.

According to the company, the global smartphone market slowdown has begun to impact all players, with the slowest Q4 market growth since 2008. This has begun to impact even the usually impervious Apple, which reported a 0.4% YoY (year on year) growth in iPhone shipments for the quarter. However, successes early in the year gave the California-based company a more comfortable 20% year-on-year growth.

Samsung continued as market leader in 2015, shipping an estimated 317 million devices and producing a YoY increase in smartphone shipments in Q4 thanks to the moderate success of the Note 5 phablet and A-line and J-line releases to developing markets. However, Juniper believes this is only a mildly upbeat finish for the behemoth; while the company’s revenue mix is increasing, the company is falling severely behind the market as a whole in terms of shipment growth. 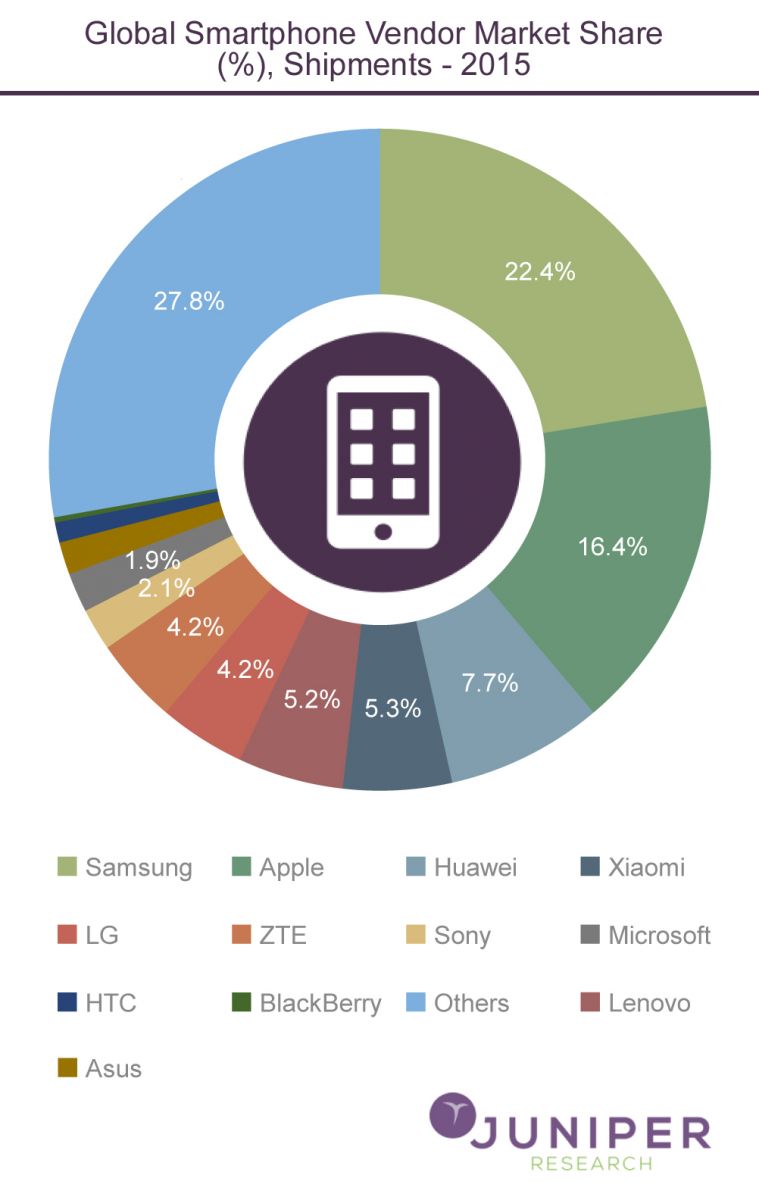 
According to Juniper, ambitious Chinese smartphone vendor Huawei defied the quarter’s trend and posted a YoY gain of 35%, shipping over 32 million and comfortably exceeding its 100 million shipments target for the year. Meanwhile Xiaomi ceased its meteoric rise and missed its revised 80 million target, shipping just over 75 million smartphones for the year, in spite of expanding to Brazil in H2 2015.

Juniper Research believes that from these results, it is clear that there is no ecosystem that will insulate vendors from the slowing market. As features become ‘good enough’ everywhere and subsidies end in the US, Juniper expects the market to slow further as Asian markets become saturated and American customers have to pay the full cost of their smartphones.

For further insights go to the Juniper Research website.