37 students will represent Africa at Intel-sponsored ISEF this week

Attention this week at Intel is aimed squarely at the company's International Science and Engineering Fair (ISEF) sponsored event, being held in Pennsylvania in the US. Among the estimated 1700 budding scientists and engineers all competing for the top prize of $75 000, 37 student representatives from Africa will be showcasing their innovative solutions. Making the cut from four African countries are students from Kenya, Nigeria and Egypt, with South Africa also represented by a strong contingent of 11 competitors.

ISEF runs from 10 to 15 May and will see the aforementioned 1700 students from around the world showcase the best innovations in science and engineering across 20 different categories. What is particularly exciting is the inclusion of 11 young ladies as part of the African contingent, which is especially promising as the event historically has seen far more young men heading to the annual event. 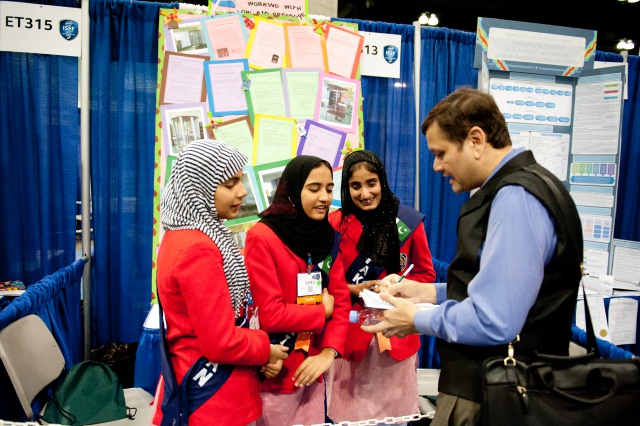 Image courtesy of Society for Science.

Although work needs to be done in supporting young women on the continent in the fields of science and engineering, the Intel team believes this is an inspiring step in the right direction. Intel encourages organisations working in Africa to do more to promote and support this developing segment of the population.

Further to this point, out of the 78 countries participating, 19 countries have a higher representation of women vs. men with six countries entering the same number of male and female students.  Although the shift is positive, 17 countries still do not have female representation indicating that the fields of science and engineering need to do more to attract the interest of female students. Coupled with this, Intel believes more must be done to groom the abundant raw talent available.

On Friday 15th May between 09h00 and 11h30 (in the US), the Intel ISEF Grand Awards Ceremony will be held. Results will be released locally at approximately 17h30.