5 things to do at FanCon: Cape Town Comic Con

At TechSmart we love the fact that we're based on the Highveld, but every once in awhile we wish to call the City Bowl our home. This weekend (7-8 May) is one such time, as the inaugural FanCon: Cape Town Comic Con is happening. If you consider yourself a comic book aficionado, you likely have a plethora of activities scheduled for the two-day long event.

For newbies, however, an event of this size can be a little daunting. To that end, we've (bitterly) made a list of things to do, in order to maximise your time spent at FanCon. 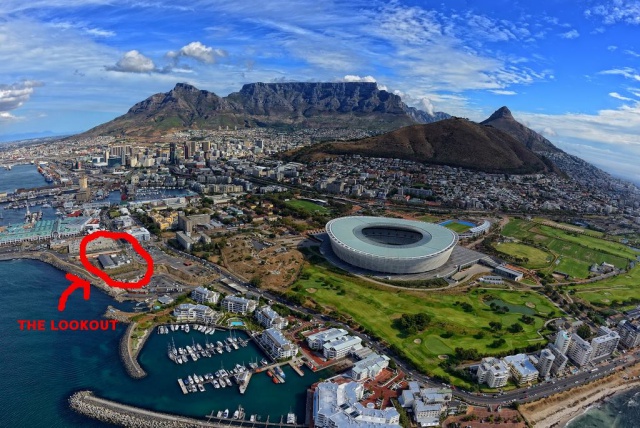 Perhaps one of the most unique aspects of this inaugural FanCon, is the chance to meet a number of comic book creators. Along with a number of local acts, like Sean Izaakse and Lauren Beukes (our sci-fi darling), FanCon also has three international guests slated for the event - Jason Aaron, Jamie McKelvie and Ian Churchill.

Not just here to show off their pretty faces, these guys will be taking part in a number of panel discussions, covering everything from "Telling stories with Words and Pictures", to the local comic book scene and "Independent Comics in South Africa". As such, for any budding writer, illustrator or creator, these panels will provide awesome insight. Added to this are a number of signing sessions, as well as the Artist Alley where you can purchase works or pay for sketches. 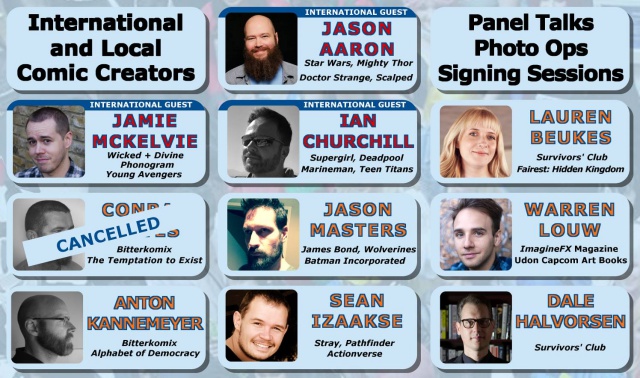 Being a safe haven for geeks to let their freak flag fly, FanCon will be holding a number of events around Cosplay. With one day to go until FanCon kicks off, putting together a costume might be hard to pull off, but there will still be plenty to enjoy if dressed as yourself. FanCon will be holding a Cosplay masquerade on the Saturday (7 May) at 14:30 pm, where visitors can register and parade their hard work. Unfortunately though, no prizes will be awarded for the best costumes. After that, one can view all the cosplayers looks on the FanCon Facebook page, where a top ten list will be created.

FanCon is not just about comic books though, as the geekdom takes on all shapes and sizes. In this case, it's a revolution - the Tabletop Revolution. Run by exhibitor, Unplug Yourself, this portion of FanCon will focus solely on tabletop games. They will have a number of games on offer, and we're not talking Scrabble or Monopoly. Featured are card games (most likely Magic the Gathering and its ilk), as well as miniature tabletop games to get stuck into.

Tabletop games are arguably one of the best forms entertainment if you shun the glare of the PC and TV screen. There will, of course, also be loads of board games available to purchase.

This weekend's FanCon also coincides with Free Comic Book Day (FCBD). As such, attendees can expect plenty of free swag in the form of exclusive issues like the Attack on Titan Anthology Preview and One-Punch Man/My Hero Academia.

It's important to note that the free comic books on offer will vary from store to store celebrating FCBD. As such, there will be a few rare finds and a limited number of comics for specific issues. It will also be a good idea to get the The Lookout at the V&A Waterfront (FanCon's venue) early to secure yourself a free copy of Suicide Squad and Civil War II. FanCon will give away a copy of each to the first 500 people through the gates, with Suicide Squad on Saturday and Civil War II on Sunday. 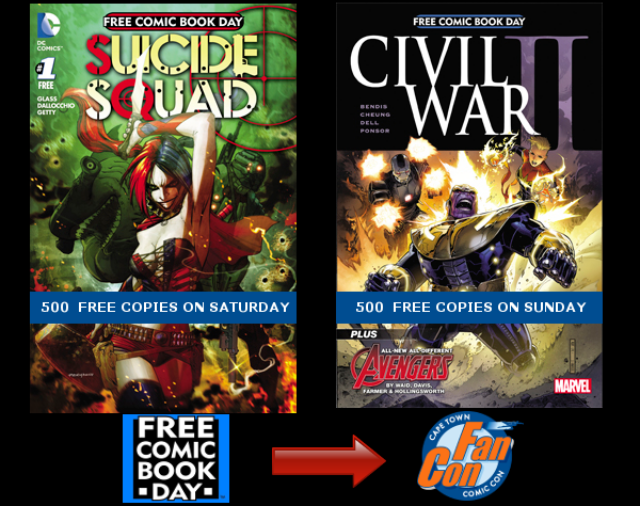 It wouldn't be a comic book event if there wasn't some merchandise or collectibles on offer. FanCon has a number of exhibitors doing their things over both days, including Outer Limits, Comic-Web and of course Reader's Den (FanCon's organisers) for those looking to add to their library.

For those looking for something a little different, there are exhibitors like Juice Bubble, which specialises in one-of-a-kind t-shirts with a geeky twist. Also at FanCon are the Engrave Slaves, which do custom engravings on a variety of materials including glass. Also on the list of intriguing exhibitors is Like Clockwork, if you're in the market for some steampunk-inspired jewellery.

If you haven't gotten your tickets yet, you can do so at Computicket. Individual day entries will set you back R100 a pop (the weekend pass tickets are no longer available for purchase). With Reader's Den being one of the major stores to embrace Free Comic Book Day, this weekend's FanCon is a great one to look forward to, especially as there is a large comic book community hankering for more of these kinds of events.