Change is afoot at Adidas. The German sports brand giant put an end to a number of its football boot lineups, and have now detailed two new ranges as their replacement - the ACE15 and X15. With the UEFA Champions League final taking place on August 1st, Adidas will be using the showpiece event for some of its key athletes to sport the new boots, including the likes of Dani Alves, Lionel Messi and the always divisive Luis Suarez. 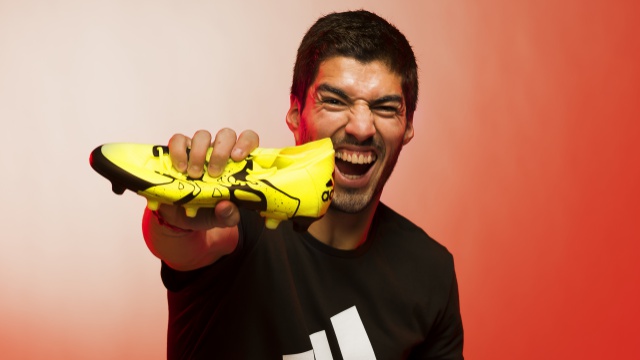 Adidas' thinking behind these two new boots' design is the idea of chaos and control, and more specifically players that focus on either element in their game. As such, it would appear that the ACE15 is designed for players that like to control the action from the midfield, and looks like the natural successor to Adidas' discontinued Predator and 11Pro lineups. The ACE15 will feature a specialised "Non-stop grip" skin to the boot's upper, along with a control web (geometrically shaped grip) designed to improve contact with the ball. Added too are a few more studs on the outsole to increase the wearer's balance and strength.

Conversely, the X15 will replace Adidas' f50 boot range, and suitably makes use of lightweight materials and a few choice additions to enhance the boot's fit and feel. The first is a techfit collar, which is a shorter version of the Flyknit sock that Nike's Hypervenom II now integrates. For the X15's upper, Adidas has opted for a new triple-layered skin, which offer new degrees of protection, control and comfort for different parts of the wearer's foot. Lastly, Adidas has introduced claw-like studs to the sole, which they say improves traction for players to quickly twist and turn.


For now, there's no official word or pricing for the ACE15 and X15's arrival locally, but football boot-crazed fans can check out both at this year's UEFA Champions League final.