Adobe may have caused storm in a teacup when it announced its move to its subscription based Creative Cloud (CC) a couple of years ago, but in the interim, the company has certainly been busy.

Now, it has announced a virtual flood of new developments, including 14 new versions of CC desktop applications, including its digital imaging core comprising Adobe Photoshop CC, Adobe Illustrator CC, Adobe Dreamweaver CC and Adobe Premiere Pro CC. The launch has been billed by the company as being its largest since its launch of Adobe CS6. It further included four new mobile apps (which now, incidentally, are free of charge), the immediate availability of creative hardware and updates to Creative Cloud services.

“Did you say you wanted more?”

In a nutshell, the new applications bring extensive capabilities in Photoshop CC for photographers such as, Blur Gallery motion effects for creating a sense of motion; Focus Mask that makes portrait shots with shallow depth of field stand out; new Content-Aware capabilities; and the recently introduced Perspective Warp for fluidly adjusting the perspective of a specific part of your image without affecting the surrounding area.

Designers using Photoshop CC will enjoy enhanced Mercury Graphics Engine performance as well as the ability to link Smart Objects and share them across multiple documents. With improved Layer Comps, users save time by changing the visibility, position, or appearance of one layer and simply syncing to see the change reflected in all other Layers. Photoshop CC also has ability to pinch and zoom images, create smoother strokes, and deliver a more responsive experience on Windows 8 Touch devices. 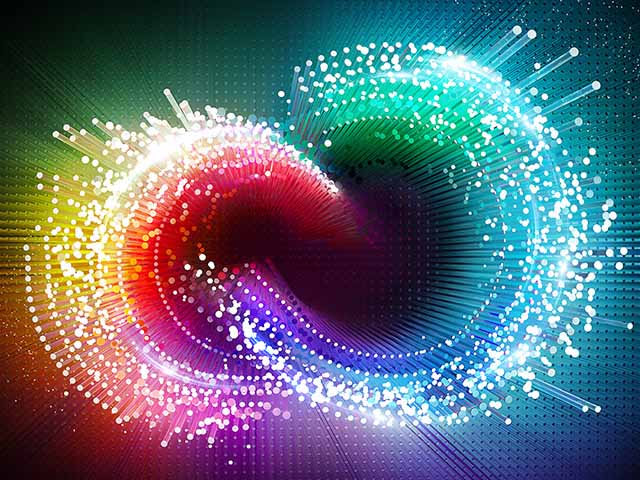 Despite a rocky start, Adobe's Creative Cloud seems to have garnered its fair share of users, with the latest update being the largest from Adobe since the launch of CS6.

As for designers, and those who rely on Illustrator CC for their bread and butter, new features in that app include Live Shapes, which can quickly transform rectangles into complex shapes and then return to the original rectangle with just a few clicks, as well as faster rendering of vector graphics with GPU acceleration on Windows with an Adobe-certified NVIDIA graphics card.

New features in the video apps include Live Text Templates and Masking and Tracking, new integrations that leverage the power of Adobe After Effects CC inside Adobe Premiere Pro CC. While Premiere Pro has seen its graphics performance being enhanced, After Effects has received precise new keying effects.

Take a tablet or two

Apparently, Adobe’s engineers have figured out a way to live without sleep or breakfast, lunch or dinner, judging by the developments that were announced. Since the release of CS6, one of the big differences now is that tablets are considerably more fully integrated into productivity and creative workflows. With this in mind, Adobe simultaneously launched a number of new creative tablet apps as well, namely sketching and sharing app Adobe Sketch, Adobe Line (which enables you to draw straight lines and geometric shapes), and Adobe Photoshop Mix, which lets users combine images and create non-destructive edits on their tablet.

The company also announced its new Creative Cloud app for iPhone and iPad that allows users to access and manage their files, assets, and more from their mobile device.

What’s more, Adobe had some news for those who slated its moved to subscription based software, revealing that there are now more than 2.3 million Creative Cloud subscriptions, far exceeding original projections when it was first unveiled.

“Our shift to Creative Cloud has given us a broad canvas on which to innovate like never before,” said David Wadhwani, senior vice president, Digital Media, Adobe. “We’ve taken bold steps with this milestone release, fast-tracking new features to industry-defining tools like Photoshop and InDesign, while introducing mobile apps that turn tablets into indispensable creative tools,” he concluded.