Local fans of the Alienware brand rejoice - the Alpha gaming console is at long last landing on SA shores, with systems available from Dion Wired, starting at R10 000.

While console gaming often touts its social livingroom playability as one of its standout features, the Alpha can be seen as the PC world’s counter to that, being a hybrid between a desktop PC and a console. The best part for any longtime PC gamer is that access to that ever important Steam library remains available, plus now you get to play with console controllers, with a bundled Microsoft Xbox 360 wireless controller for Windows answering this call of duty. 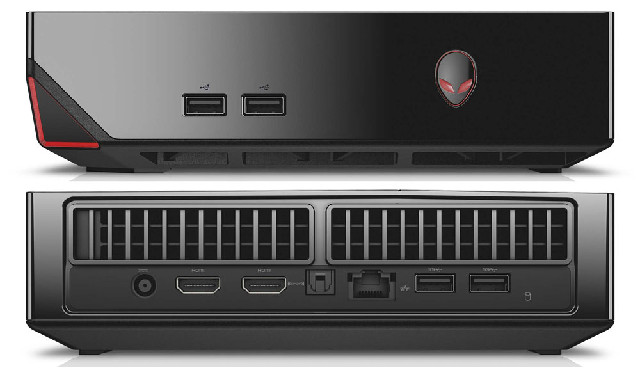 The question, however, remains how much your local gamer will want to cough-up for the privilege. A range of configurations will be available to purchase in South Africa, with the Dion Wired website stating the following specs for the R10 000 entry-level model:

We couldn’t find the higher specced model on the site, but according to Dell it will include an Intel quad-core i7 processor, 8 GB of RAM, 2 TB of storage, a 802.11 AC wireless adapter, and NVIDIA’s Maxwell-based GPU.

According to Dell, the Alienware Alpha is set to boot straight into the customisable Alpha UI, featuring full integration with Steam Big Picture Mode while providing rapid access to configuration options and common settings all without having to reach for a keyboard or mouse.

Mark our words, 2015 is going to be a big one for local gamers, with word on the street being that Acer is also renewing focus on the market. What doesn’t count in our favour however, is the high rand/dollar exchange, so it should be interesting to see how well Alienware’s desktop/console hybrid sells.