All New, All Different Avengers get female Thor and Ms. Marvel

After the now infamous cover that threatens to alienate some of DC's female readership, Marvel has unsurprisingly shown their support for strong female comic content with the unveiling of the first two characters of the All New, All Different Avengers. Assembling for this new team is the female Thor and new Ms. Marvel, both of which have received a reboot, and garnered a wealth of support from readers of both sexes.

In fact, the female Thor is one of the best selling series that the character has recorded. The new Ms. Marvel has garnered much praise for its story telling and abundantly needed revamp of a character that has been hypersexualised in past years.

The members of the Avengers will assemble once the Secret Wars series wraps up. According to Marvel, this new series is set to shake up the entire comic multiverse. So much so that 33 different comic series will be coming to an end in order for the All New, All Different Avengers to kick-off.

Marvel has said that the rest of the Avengers will be detailed in coming months. If we had to take an educated guess based on the silhouettes of the comic cover below, Iron-Man is still on the cards. We could also see Miles Morales, the African American/Hispanic Spider-Man that appears after Peter Parker's death in Marvel's Ultimate Fallout #4.

Now we'll have to wait and see if DC returns in kind. 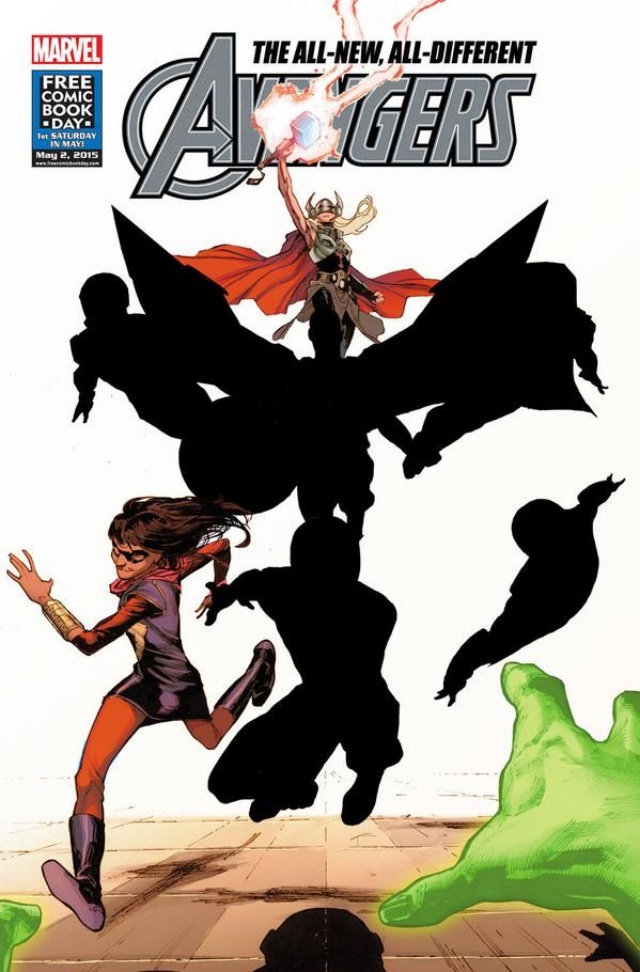