The portable PC replacement. That's what Apple is calling its new iPad Pro, a 9.7" version of the bigger 12.9" model it debuted late last year. Prior to the new unveiling, speculation had it that the tablet that Apple were thought to have in the works was an Air model with a slew of iPad Pro-esque features. As it turns out, however, the new device in question is an all-out enterprise focused offering. 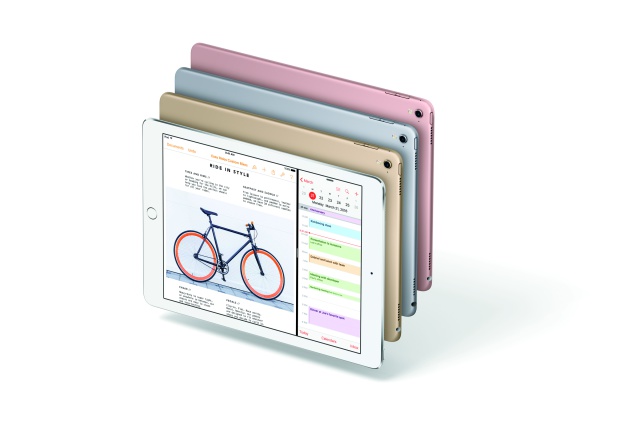 Stronger inside and out

Much like its bigger brother, Apple has not skimped on the features. Chief among them is up front, with the 9.7" iPad Pro incorporating one of the best displays (2048x1536) the company has put in a tablet to date. It's a Retina Display with True Tone technology, and as such has 40% less reflection than the iPad Air 2 and 25% greater brightness compared to the same model. Producing an estimated 500 nits, Apple says it's the brightest display currently available on any tablet.

Apple has also done some work internally to up the processing power of this new iPad Pro compared to previous 9.7" models. It's sporting the new A9X chip, which does all the heavy lifting. At the moment, Apple has not detailed the new tablet's precise specifications, but they did mention its 64-bit performance architecture can rival that of most mid-range notebooks, and its gaming graphics performance that of the Xbox 360. 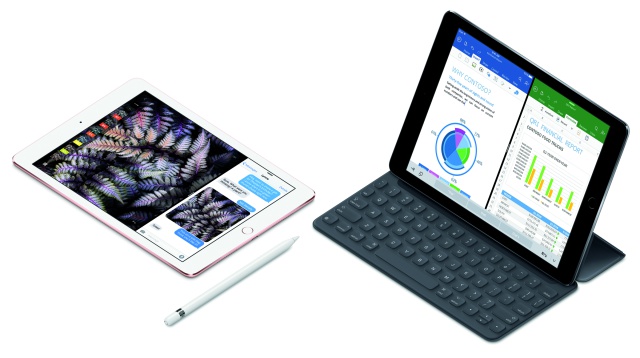 Furthermore, Apple has lifted the quad-speaker system from the larger 12.9" iPad Pro, as well as the 12MP iSight camera from the iPhone 6s. The camera is paired with True Tone flash for users to scan documents, according to Apple, along with the ability to record 4K video.

Added to this, is full support for the Apple Pencil stylus, with the added benefit of display pressure sensitivity to allow users to place their hands on the display while drawing. Apple also integrated its Smart Keyboard, customised for the 9.7" version of their iPad Pro.

Just like the iPhone SE, the iPad Pro will go on order from 24 March onwards, and arrive at one's door after 30 March. The entry-level 32 GB (Wi-Fi only) model will retail for $599 in the States. There is also a 256 GB version for $899, along with a 128 GB flavour sitting in the middle for $749. Whether or not new 9.7" iPad Pro will land in SA is unclear, especially as the larger variant is still to make its way to our shores.