Available for both the PS4 and Xbox One, here’s a look at what’s inside each: 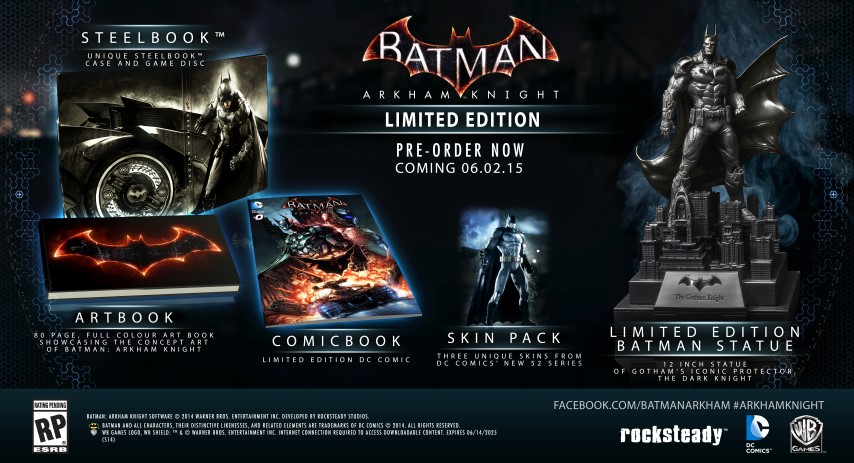 The Batman: Arkham Knight Batmobile Edition gets the same, except that the Batman memorial statue is replaced by a fully transformable Batmobile statue made by TriForce. It’s set to retail for R3 000. 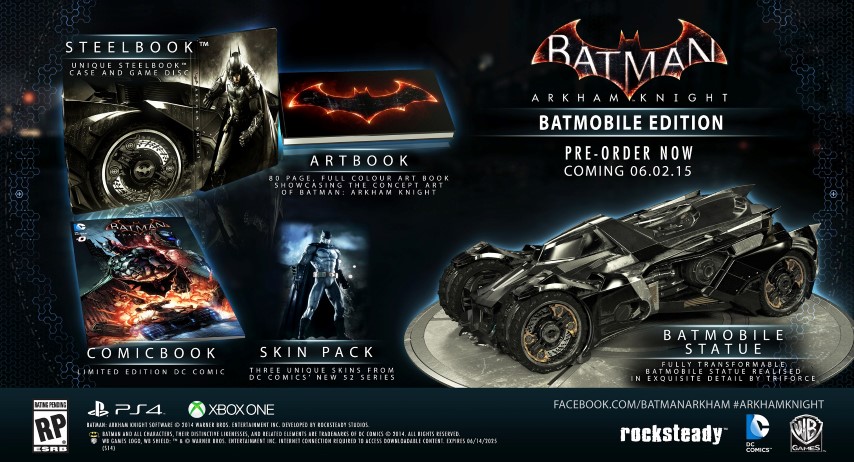 If you haven’t seen it yet, have a look at the Gotham is mine trailer for Batman: Arkham Knight below.