Teased ahead of time for E3 2018, Bethesda's latest title is Fallout 76. The new installment in the franchise takes things back a touch, focusing on Vault 76 and Reclamation Day, when inhabitants of the vault ventured out and tried to build a life for themselves in the unknown wasteland. The developers took to the E3 stage to detail what else this game would be bringing to the fore when it arrives on 14 November this year.

Set in a fictional state of West Virginia, Fallout 76 serves up six different areas for gamers to explore, each with their own unique landscapes, enemies and challenges to overcome. The game will also be a fully online title, but gamers can opt to venture it alone should they not wish to join up for the multiplayer aspects of the game. It's still unclear though, whether there will be a story-driven campaign as there was for Fallout 4. 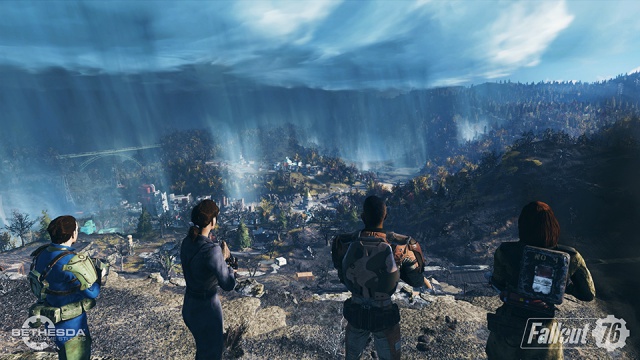 Along with the multiplayer aspects, gamers can form groups in order to survive the barren wasteland of the nuclear hit West Virginia, with crafting of strongholds, weapons and armour a key part of gameplay. Gamers will also have to band together to fight off threats, as well as having the ability to fight against other survivors. A beta for Fallout 76 is on the way, but no mention of when.

In other Bethesda-related Fallout news, Fallout Shelter is porting from mobile to the the console, and will continue to be free-to-play. Added to this, a limited edition pre-order version of the game will include a functional T-51 Power Armour Helmet, along with a glow in the dark version of the game's map, figurines and a few in-game perks.