Akin to the same kind of gaming as Team Fortress, Block N Load is a run and gun type online multiplayer that has been gaining some traction in recent months. Now this insane FPS title, designed by Jagex, is coming to Steam come 30 April.

The gameplay and objective behind Block N Load is fairly easy to pick up, which is why it has proved relatively popular to date. In it, gamers will choose between six different Heroes, each with their own distinct personality and skills. Apart from laying waste to one another in the massive arenas, the game is littered with hundreds of Blocks, each containing some sort of one-time-only weapon or quick upgrade. 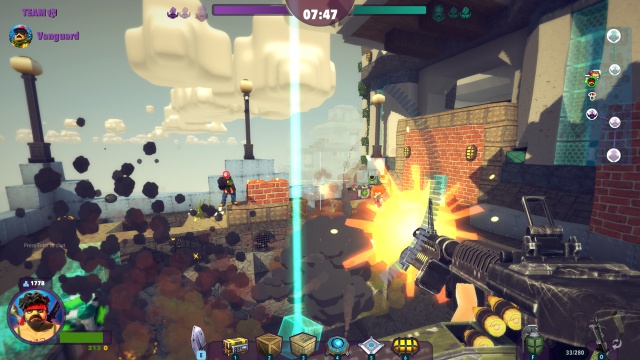 The team at Jagex says it's currently fine tuning Block N Load. “During the past few months, we’ve iterated, improved, and introduced new features much of it driven directly by player feedback”, says VP of Block N Load David Solari. He added that before its official Steam launch, “ we’ll be holding a series of beta weekends to fine-tune all aspects of the game. As such, we’ll be asking all of our players to jump in and ensure Block N Load is the best it can be ahead of its full launch.”

For those wanting to ensure their copy of Block N Load is ready and waiting when 30 April hits, it is currently available for pre-order. Pre-ordering the title now, will ensure a 33% discount on the normal $30 asking price, knocking it down to $20 at the moment.

Based on the Announcement trailer below, Block N Load looks like a great way to kill some time, as well as some friends online.