Blue Origin, a company rivalling SpaceX, recently released a video showcasing their New Shepard rocket completing a suborbital launch and landing. New Shepard was able to reach a height of 101 kilometres, or 63 miles for those not using the metric system. The rocket is the same one the company used in November last year that completed a similar launch and landing, but at a far lower orbital height.

This test makes the New Shepard the first commercial vehicle to successfully launch into space for a second time, according to The Verge. 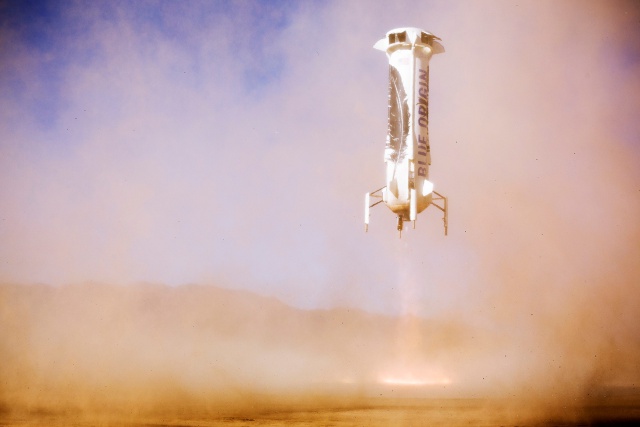 The Texas-based company is currently competing with Elon Musk's SpaceX in the commercial space exploration industry, which failed to land a similar rocket after reaching a suborbital height of 199 kilometres.

Both company's recent attempts have been geared towards manufacturing reusable rockets to make space exploration more financially feasible. At the moment however, both SpaceX and Blue Origin have not been completely successful in their efforts. SpaceX for example has been able to double the suborbital flying height of Blue Origin, but failed to make the landing of its own rocket. Conversely, Blue Origin has been able to stick the landing, but their rocket is far smaller and orbits at a lower altitude than that of SpaceX's model.

Either way, Blue Origin and SpaceX will no doubt be ramping up their efforts in 2016.