Bungie raises more than $1 Million for Nepal Relief through Destiny

Back in April, after the events of the earthquake that struck Nepal, and more specifically the Kathmandu region, Bungie started an initiative to raise funds in the Nepal Relief effort.

Now Bungie has confirmed that more than $1 million has been raised, along with donations from the company itself and Activision. A large portion of that money was raised through Destiny, and more specifically the sale of a limited edition T-shirt, as well as in-game shaders and emblem for Guardians. 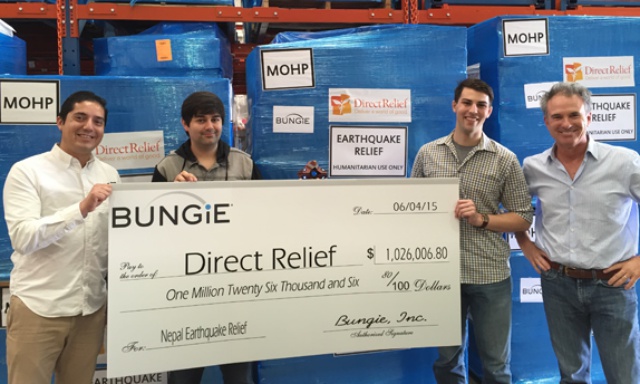 Bungie took to its blog site to announce the news, adding that an estimated $1 026 006.80 has been handed over to the charity, Direct Relief. In a statement from Direct Relief CEO Thomas Tighe, "Every penny will be spent to help strengthen essential health services that were needed before the earthquakes and much more so now."