Canon has announced a new addition to its Legria family, fittingly, considering its portability,  called the Legria mini. The camera, which is apparently aimed at addressing a “growing trend for self-expression through video,” also offers a break from the traditional camcorder form factor.

Instead, it seems to have taken a little design inspiration from the equally unique PowerShot N (review), and in appearance at least, reminds a little of the old Polaroid cameras. However, one look at the feature set and specs on offer confirms that the Legria mini is not just a throwback to the ‘good old days.’

Give me the nitty gritty

The camera further sports an f2.8 ultra-wide angle lens, which captures full HD (1920 x 1080) movies at 160° and stills at 170°, while also enabling users to reduce the field of view to a close-up friendly angle of 71° using the capacitive touchscreen.

Furthermore, users can also employ the vari-angle 2.7” screen to film from awkward angles as well as switch between filming themselves or their subject in front of them (no doubt, to the delight of ‘selfie’ fans).

Another neat little trick up the Legria mini’s sleeve is a built-in stand. According to Canon, this reduces the need for a tripod when filming, and supports the camera at a wide range of angles, while simultaneously enabling users to film from low angles.

Taking into account that this camera will likely be routinely turned on its head, is the camera’s rotation detection switch system. This, explained the company, ensures that the image is always displayed the right way up, no matter how the device is held. 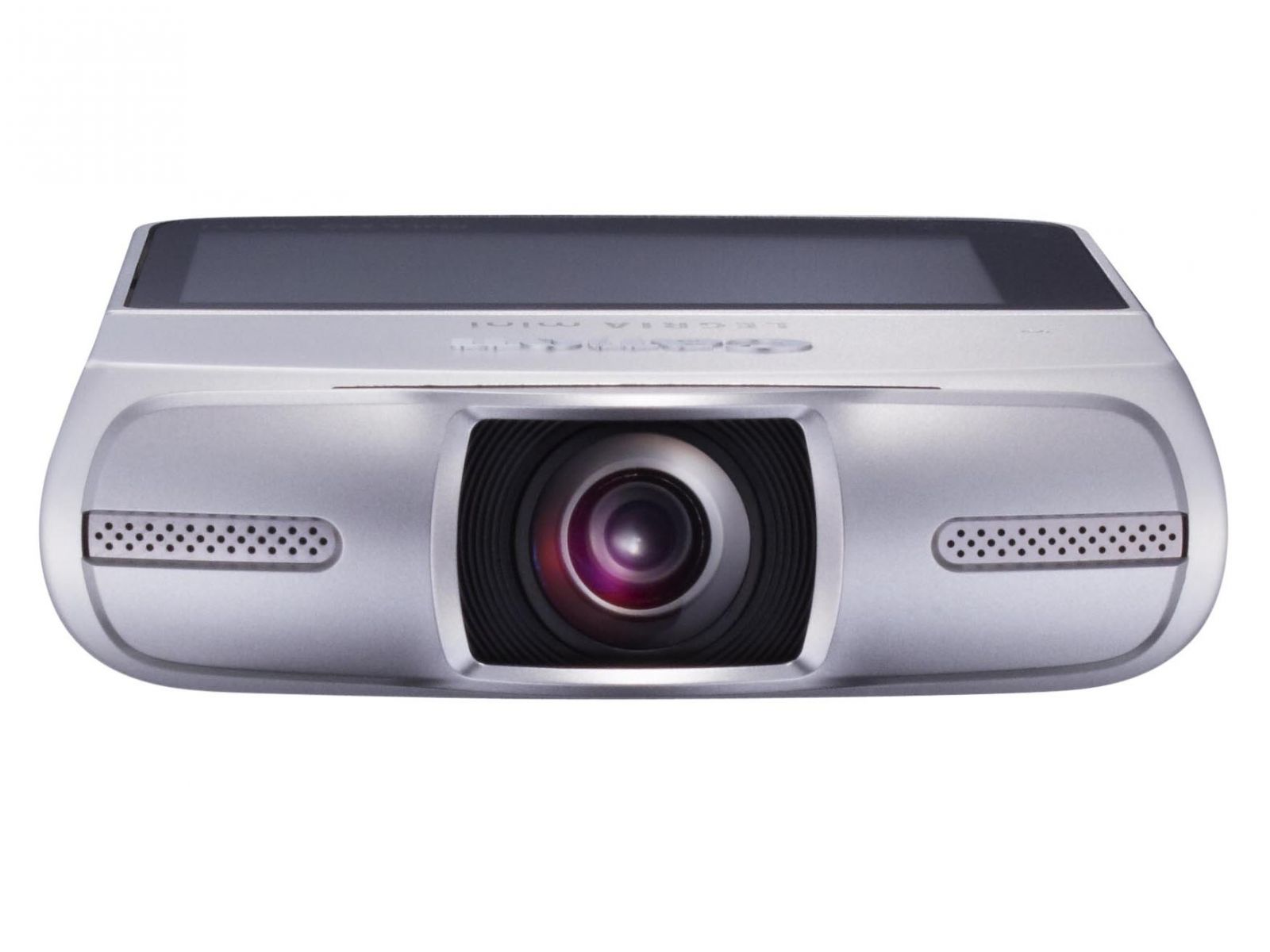 This small camcorder begs a big question: can the Legria mini lure video shooters away from their cellphones?

On your marks, get set, create

If you are already getting the idea that the Legria mini is intended to serve as a creative tool, you would be right on the mark.

To this end, there are several creativity orientated features on offer. These include the facility to make time lapse recordings, with intervals ranging from five seconds to ten minutes, as well as a Fast Motion Capture function, which records at a maximum speed of 4x, aimed at helping users create tutorials in areas such as cooking or beauty. Its counterpoint feature, the Slow Motion Capture facility, can be used to record at quarter and half-speeds – useful for athletes and dancers who want to view playback of their technique.

Also on offer is a Mirror Image Recording/Playback function, where the image is flipped horizontally, and Video Snapshot mode, which records a four-second movie every time the shutter is pressed for a still photo, then merges them into a short movie of a day’s events.

Rounding off the camcorder’s features is an integrated stereo microphone and built-in Wi-Fi connectivity to enable the sharing of high quality video. The latter includes a Live Streaming Remote Control feature, which allows iOS or Android users to shoot remotely via an application on their smartphone or tablet.

Additionally, a remote browser enables images and videos taken with the Legria mini to be viewed on tablets or large-screen monitors, via browsers such as Safari or Internet Explorer (if you really must) . Furthermore, Canon enthused that users can also wirelessly upload their content to social media platforms such as YouTube and Facebook without the need for a computer. While users of iOS devices can take advantage of Canon’s free movie uploader app, those not yet graced by the presence of Cupertino’s devices in their lives can alternatively accomplish the same by using the Canon Image Gateway. Finally, the inclusion of  DLNA support enables users to wirelessly stream their video to compatible TVs or PCs.

While local pricing has yet to be revealed, given its price in the UK of £269, we expect it to ask in the region of R4 000. Canon has confirmed that the Legria mini will be available here from the end of September. considering how flexible and multi-angle friendly the Legria mini appears to be, we are bracing ourselves for the inevitable flow of video ‘selfies.’

This use aside though, it will certainly be interesting to see whether the camera can bring the same degree of charm and distinctiveness to the video camcorder arena as the PowerShot N (review) did to compacts that we have tested this year to date.

There is certainly nothing wrong with rocking the established form factor boat every once in a while; hopefully the Legria mini will do so in an innovative and inspiring way when it arrives in a couple of months’ time. A bigger question is whether the Legria mini can help revive a flagging camcorder market, and tempt users away from smartphones, compacts and DSLRs, each of which include video as a core functionality.