Life hacks: How to future-proof your career
0
comments

Whenever you speak to people who have recently visited Tokyo for the first time, or Japan in general for that matter, they always talk about the great reverence observed by the Japanese people. It's a quality which is highly enviable, and made especially so after a 16 hour long connecting flight from South Africa. The jarring franticness of our own lifestyle juxtaposed to the coordinated chaos of Tokyo seems to put things into perspective. 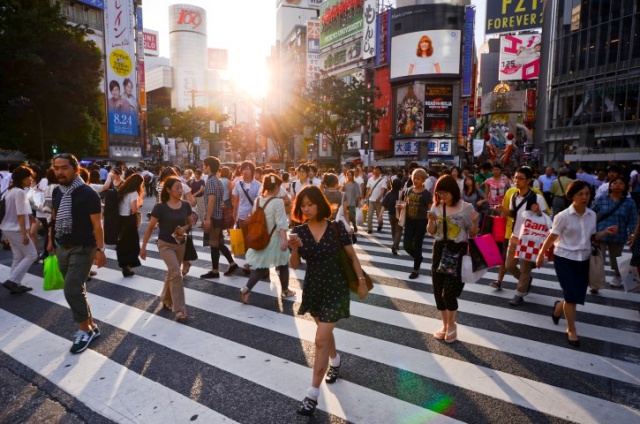 Nowhere is this more evident than in the different encounters one experiences while travelling around Tokyo. In a city 13 million strong and just under 2 200 km2 large, space, both real estate and personal, is undoubtedly at a premium, but somehow the Tokyoites make it work almost effortlessly. The Japanese Railway for example, runs on a near metronomic timetable, with a wait in between trains taking no longer than three minutes. Entering establishments too, is a pleasure, whether it be your local Family Mart 24-hour convenience store or high-end Beams boutique, each patron is enthusiastically greeted. Customer service is certainly of paramount importance in a city like Tokyo, as each shop is in a highly competitive market that places great value in knowledgeable staff that go that extra mile.

Tokyo may be one of the most expensive cities in the world to live in, but coming into contact with its alluring culture and hospitable inhabitants makes it money well spent. With so much to explore within its tight streets, multi-story buildings and heritage sites, Tokyo has a wealth of visual and spiritual experiences for visitors to engage in.

Taking it all in

The ordered chaos of big city life is evidenced by the estimated 3000 people negotiating the famed Shibuya Crossing every five minutes, and this serves as a perfect cross section of the city's inhabitants. From the young and trendy Tokyoites all showcasing their sartorial obsessions, to three-piece suited businessmen on their way to Izakaya bars, not forgetting the usual smattering of foreign tourists enthralled by Tokyo life. 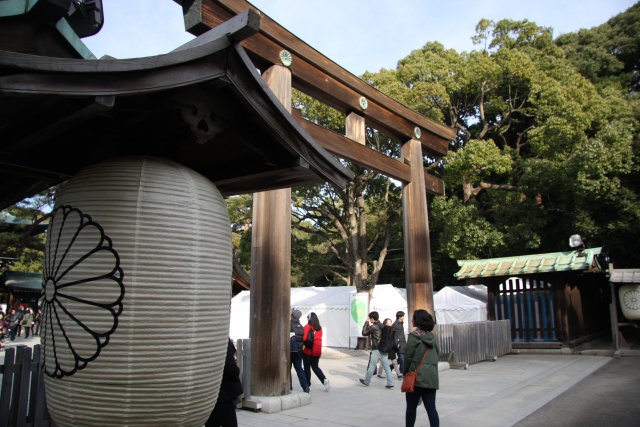 The capital of Japan is indeed a city unlike any other, since amid its monolithic buildings and frenzied streets, one is never more than a five minute train ride away from a beautifully manicured park or a religious monument steeped in history. A prime example is Harajuku, a street fashion district whose inhabitants mix together haute couture and manga-inspired garb with an enviable sort of ease. The district itself is divided in two by the Yamanote Line, the main train line running through Tokyo's major prefectures. The one half is crammed full of boutique shops, all of which clamber for the attention of passersby. Takeshita Street is a particular standout, stretching for a kilometre, chock-a-block with all manner of oddities, whether it be the latest Nike high tops, Anime inspired accessories or decadent crepes to feast on.

Once you've soaked up all the pop culture laden atmosphere that Takeshita has to offer, a short walk to the other side of Harajuku station will bring you to the entrance of Meiji Jingu. Filled with curious observers and respectful followers, the Meiji Jingu houses the largest and most popular Shinto (Japan's native religion) shrine in the country. Along with the occasional glimpse of its stoic monks, Meiji Jingu features numerous large Torii (traditional Japanese gates), as well as dense forests which provide cooling shade while strolling around the park's wide pebbled walkways.

The best time to visit this Asian metropolis is spring, more specifically during March, April and May. Not only does the weather mean bulky winter coats can be put aside, it is also the best time to experience Japan's major festivals. Furthermore, spring inherently ushers in the blooming of Japan's famed cherry blossom trees, which give the city a distinctly beautiful pink hue (perfect for the Instagram addicted). 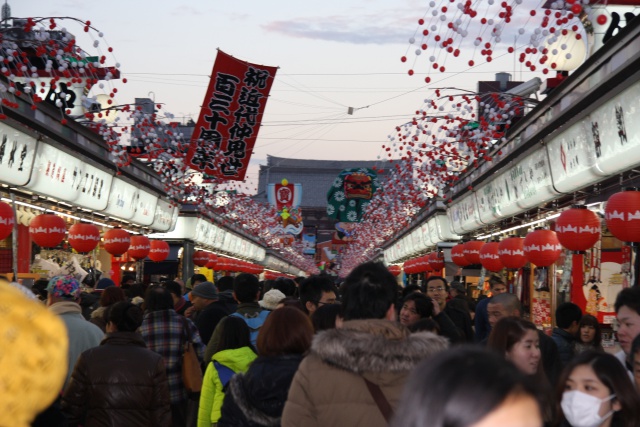 Asakusa is a relatively small district that has something for everybody. The most notable feature is the Buddhist Kannon Temple and Nakamise shopping street. Also a short walk away is the Tokyo Skytree, perfect for an evening view of the city.

Tokyo is a great city for people watching (no, not the creepy kind), and nowhere are people better on display than Yoyogi Park. A weekend morning is the best time to head to Yoyogi, as dance troops move to all kinds of music, from Pop to Metal.

While a Michelin Star sushi restaurant is great to boast about, Izakaya bars are where the authentic action is, with each bar specialising in a particular Teppanyaki style dish. Ebisu is a district famed for them, all of which are great value for money. 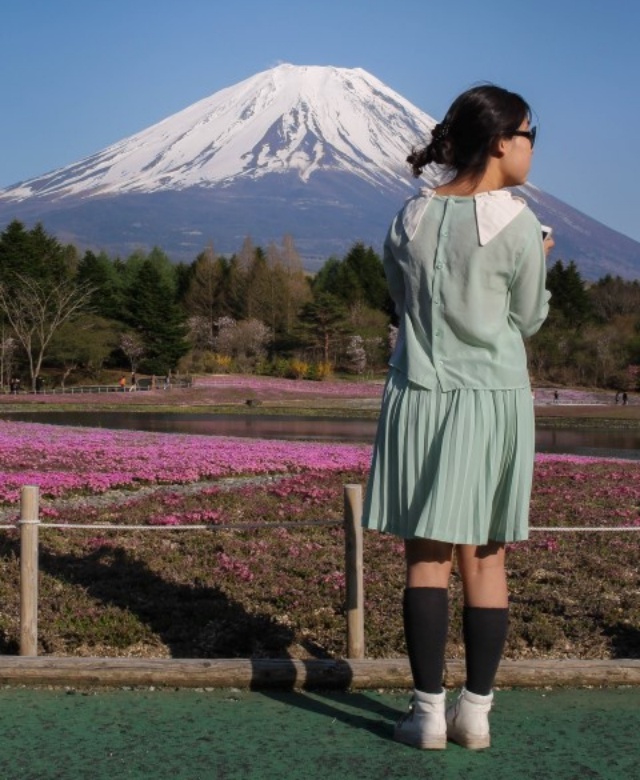 This is the street fashion retailer that most Tokyoites shop at. With 151 outlets across Japan, Beams has grown tremendously since opening in 1976 and feature some of the most stylish and knowledgeable staff around.

Much like Beams, United Arrows has cultivated a name for always stocking the most on-trend clothing. If you're looking to dress head to toe in Tokyo's most fashionable styles, this is where to go.

If people hear you're going overseas, chances are they want something cool when you return. In that case you need to head to the seven-story tall department store known as Loft. Featuring great stationary and little trinkets, Loft has something for everyone.

There's an awesome craft beer culture in Japan, and for those who wish to sample as much as possible without leaving their seat, a visit to Popeye is certainly in order. This old-school pub features more than 100 native craft beers, all of which are on tap. 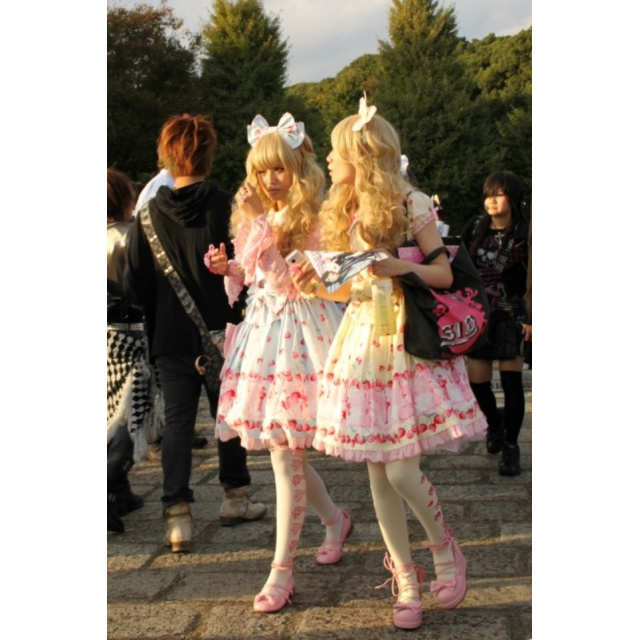 A few things to keep in mind when in Tokyo:

1. Never hand money over directly, instead use the money tray placed at any and all cash registers.

2. Know your bows. A simple downward turn of the head will suit you fine, but the deeper the bow, the greater the amount of respect.

3. Get familiar with trains. The Yamanote line will take you past most of the major districts with a full day pass going for ¥700 (R70).

4. Things can get expensive, so check out the 24-hour convenience stores and vending machines for morning and midday meals, and rather save your cash for the evening.

5. Learn the lingo. While most Tokyoites are extremely hospitable, they will truly appreciate the effort you make to learn a couple of key phrases and mannerisms.