Clapping for Jinping a hit game in China

With the 19th National Congress of the Communist Party of China currently underway in Beijing, China, a novel way to show appreciation of President Xi Jinping’s leadership has emerged.

According to What’s On Weibo, a site that reports on social trends in China, an online game that sees who can clap the most for Jinping, has gone viral. Jinping spoke for nearly 3.5 hours during the congress, talking about economic and military changes amongst others, although not mentioning the problems in North Korea. 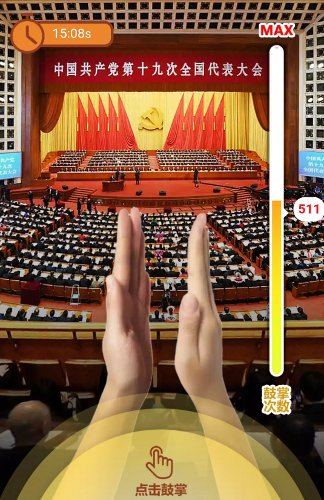 The game, developed by online giant Tencent (SA company Naspers has a 34% stake in Tencent Holdings), shows you a bit of Jinping’s speech and then provides 18 seconds to tap the screen to applaud.

We managed a measly 536 claps in the allowed period, with Jinping receiving a massive 1 249 513 418 claps so far. A similar Jacob Zuma game doesn’t exist, but we’re sure the applause would have reached one billion and six hundred, twenty five thousand claps by now.


See if you can top our score by clicking here, but only if you are on mobile.