Just when we started to wonder what had happened to the usual burst of new general user notebooks, and whether the flood of years gone by had dried up, Dell announced its new Inspiron 15 7000 and  Inspiron 11 3000 Series.

While the former is apparently aimed at providing “the best Inspiron experience ever,” the latter opts for laying claim to being affordable while boasting long lasting battery life.

More specifically, the Inspiron 15 7000 series notebooks boast a thin, forged aluminium design, with Intel 4th generation (Haswell) Core i5 and i7 processors, as well as SSD options. Additionally, the Inspiron 15 can be outfitted with an optional full HD, 300-nit touch display that offers 160 degree viewing angles. Additionally, its keyboard sports backlighting as standard.

Meanwhile, the Inspiron 14 is intended to be the most travel friendly notebook in the range, at 15.3 mm thick, almost a third thinner than its predecessor, the Inspiron 14z (review). Also, Dell assures that this notebook can manage close to nine hours on a single charge, nearly seeing you through a flight from here to the UK.

The middle sibling in the range, the Inspiron 15, packs a 15.6” screen and a still not at all shabby battery life of seven and a half hours. The Inspiron 17 is intended as the desktop replacement of the bunch, although its battery life is not quantified. 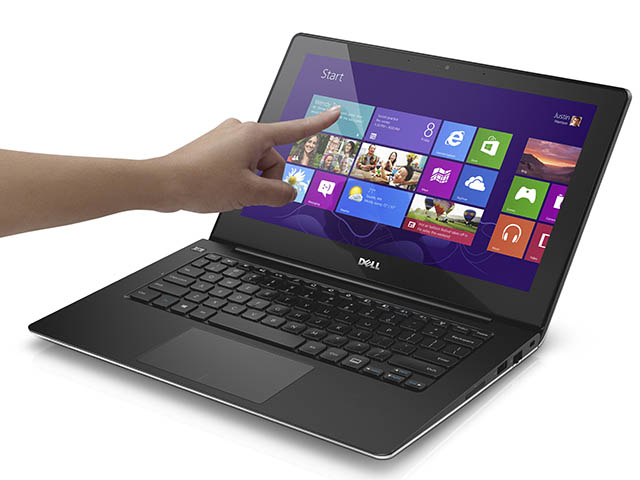 ​The Inspiron 11 3000 series is the lightest and most portable of the new offerings, and brings an impressive battery life to boot.

However, the Inspiron 7000 series is not the only new notebook addition announced by the company, Dell also highlighted the Inspiron 11 3000 series, intended for those seeking an ultraportable solution.

Here, the Inspiron 11 bests even the aforementioned Inspiron 14 in the portability stakes, sporting a 11.6” touch display, a 21 mm profile and weighing in at 1.3 kg. Additionally, users can expect close to 8½ hours of battery life on a single charge, according to Dell, nearly on par with that claimed by the new Inspiron 14.

It’s the price of the Inspiron 11 that may cause users to sit up and take notice – starting from a very reasonable R4 000, and available locally as of the beginning of this month. The Inspiron 7000 notebooks are similarly available now, and start from R10 000.

“Consumers today are looking for PCs that are not only dependable and easy to use, but are packed with all of the features they want in a thin, upscale design. We think this is our best Inspiron line-up ever, and we’re really proud of the tremendous value that we can provide to our customers,” commented Boitumelo Kgonare, Dell South Africa client product marketing manager

Hopefully in due course we will be able to go hands on with one or more of the products mentioned. In the meantime though, we were more impressed by a small note Dell revealed amidst the hardware specifications.

Apparently, the Inspiron 7000 Series marks the first time that the company has used wheat straw as part of its packaging. Wheat straw comes from the remnants of the wheat plant after harvesting that is often burnt by farmers. Dell explained that by using corrugate cardboard which is 15% wheat straw, customers would reduce their carbon footprint and help adjacent industries grow, while being conscious of the environment.