"Would you believe it if I said I missed you?" These are the first few words we hear from Elektra (Elodie Yung, GI Joe: Retaliation) as she greets Matt Murdock, aka Daredevil, in his apartment. His terse response is simply "No." It's clear that these two have history, and with the second season of Netflix's Daredevil just around the corner (18 March), this latest trailer could not have come sooner. 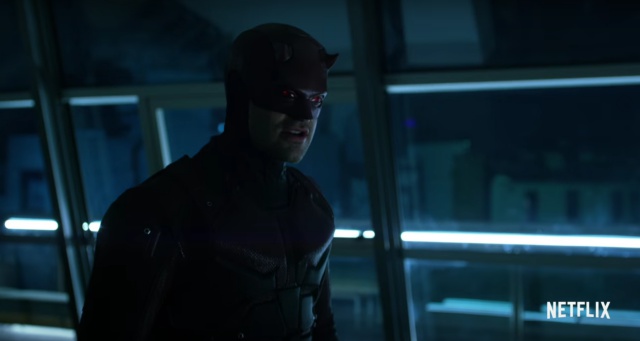 In the first trailer for the new season, we got introduced to Jon Bernthal's (The Walking Dead) The Punisher. This time round, we become familiar with another Marvel veteran in the form of Elektra Natchios, a trained assassin that can certainly go toe to toe with Daredevil.

In the trailer below, we see The Hand has been lying dormant as Daredevil cleans up the streets of Hell's Kitchen. As such, with the likes of The Punisher as well as a yet to be seen Kingpin (for season two anyway), Matt Murdock has his work cut out. With a lot to live up to following the success of the first season, hit play on the trailer below to see if season two is shaping up the same way.