If the 17 December-slated release date for Star Wars: The Force Awakens is not already diarised in your calendar, there might be a problem with your midichlorian levels. Need more convincing of the film's epicness, then why not give the most recent batch of movie stills from Entertainment Weekly a view?

The images focus on the new trio of protagonists, Poe Dameron (Oscar Isaac), Finn (John Boyega) and Rey (Daisy Ridley). If the pics are anything to go by, it appears as if Poe and Finn are forging a Luke-Han style friendship, while Rey comes to grips with her part in the Force. 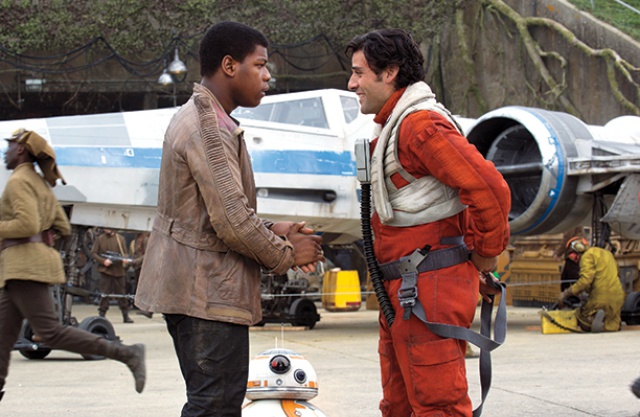 We initially thought that former First Order Stormtrooper Finn would be the new Jedi apprentice for this film, given the snowy forest battle he has with Sith zealot Rylo Ken (Adam Driver). But a new image (featured below) sees Rey join him in the forest, and perhaps she has a part to play in how the battle pans out. Perhaps then Rey, is the new Jedi we've been looking for, considering her humble beginnings back story and naivety about the Force mirrors that of Luke Skywalker's in A New Hope. 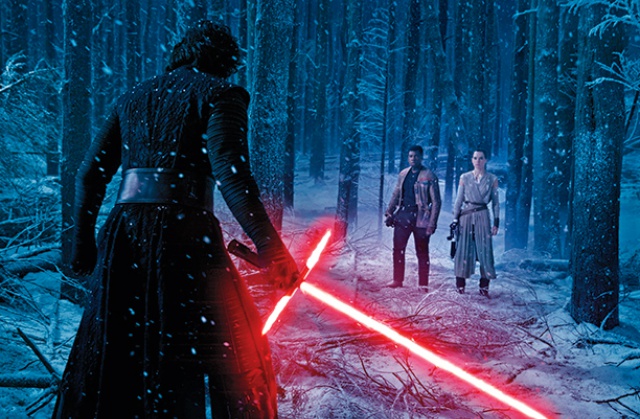 While we sit and ponder the possible plot of the film, head over to Entertainment Weekly to view all the images. Also give the official trailer another view for good measure below.