As was the case last year, just 24 hours after the Berlin-based IFA event, Sony Mobile South Africa convened the local media to introduce its latest range of flagship devices. As such, TechSmart got some time with all three of Sony's latest Xperia Z5 trio of devices, with the Xperia Z5 Premium being a particularly noteworthy phablet.

We'll start things however with the smallest option in the Xperia Z5 family, the Z5 Compact. Much like previous Compact iterations, the emphasis on the Z5 Compact is to deliver an undistilled flagship performance while giving users an easier to handle 4.6" (1280x720) display. Although the form factor is smaller compared to its brethren, Sony has ensured that the vast majority of the device is on par with the rest of the trio, in particular its internal setup. 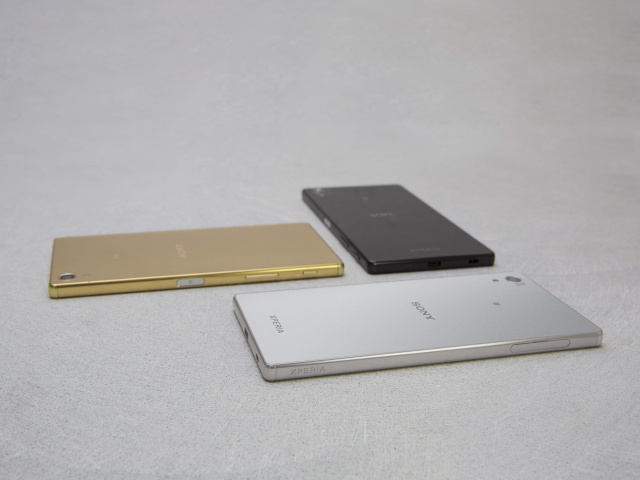 For example all three devices feature the same Qualcomm Snapdragon 810 processor, along with a Adreno 430 GPU architecture. The only difference on the Compact's side, apart from size, is 2 GB of RAM as opposed to 3 GB on the other two devices. The effect on performance is not that noticeable while using the smartphone as per the norm, switching quickly between apps and features with relative ease. That said, we have not had the chance to benchmark any of the devices just yet, or review in full for that matter, which should indeed reveal more detail about the performance.

Along with a similar chipset, it also touts the new 23 MP Sony Exmor RS sensor enabled camera as the rest of the Xperia Z5 range. It's certainly a solid shooter, with shooting in low light appearing far less grainy that what we're use to seeing on a smartphone. Sony has also given all three devices a IP65/68 rated waterproofness and dust resistance respectively, as has become the norm with top of the line Xperia devices.

If the Xperia Z5 Compact can arrive in South Africa at the same R8K price range as its forebears, then this smartphone could well be the device of choice for savvy consumers. 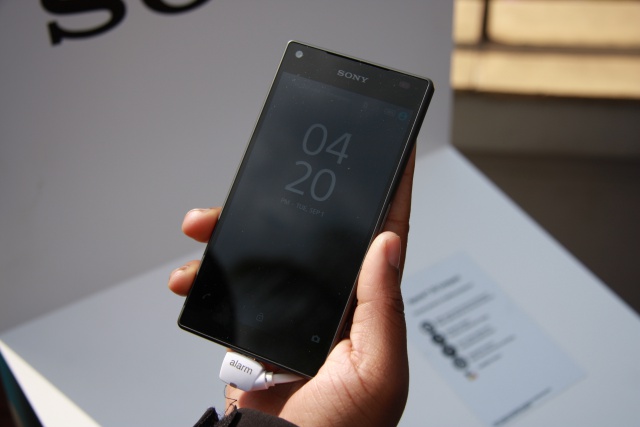 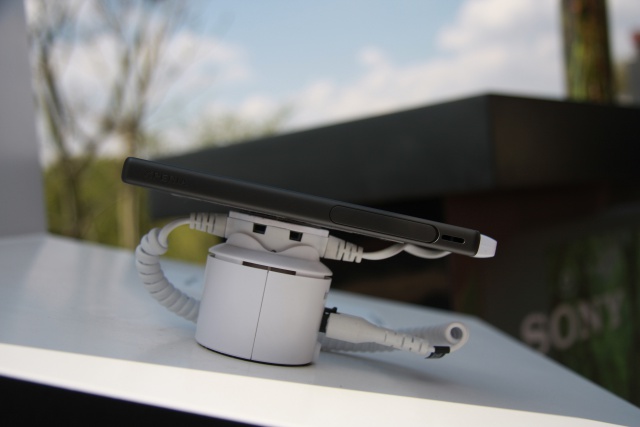 Although the Xperia Z5 Premium will turn more heads because of its 4K display, Sony has made it quite clear that the 5.2" full HD (1920x1080) Xperia Z5 is its hero smartphone for 2015. It has gone under somewhat of a redesign; compared to the Xperia Z3 (review) which had a larger degree of curve to its aluminium frame, on the Z5 this is far more subtle. The company has also made an effort to blend the frame and glass back cover colours together, creating an almost unibody-esque look from a distance. As such, it requires holding the device to feel that the familiar glass back cover has gone no where.

Along with some subtle design changes that only truly discerning eyes will uncover, Sony has introduced a few new features to the Xperia Z5, including the fingerprint sensor embedded within the right-sided power button. Sony says that this is a more natural way of trying to unlock the device, along for easier one handed use. We have to agree with them on this front, but there is a worry about unlocking the device when it is simply being held. Whether or not this will crop up as a real issue will have to wait for a full on review.

One other new feature, and following in the steps of Samsung and Huawei is Sony's own quick charge function. This too, is available in the Compact and Premium. On the Xperia Z5, Sony says that 45 minutes of quick charge will deliver up to one day's full use. While that will certainly help when you're in a bind, the entire Sony Xperia Z5 range touts two day's worth of battery life, which will interesting to test out.

Our time with the Xperia Z5 might not have lasted longer than a day, but holding it side by side with the iPhone 6, it became clear that Sony has gone to great lengths to not just mimic its top competitors, but go a step beyond. As such, the iPhone 6 felt a little underwhelming amid all the Android fare. 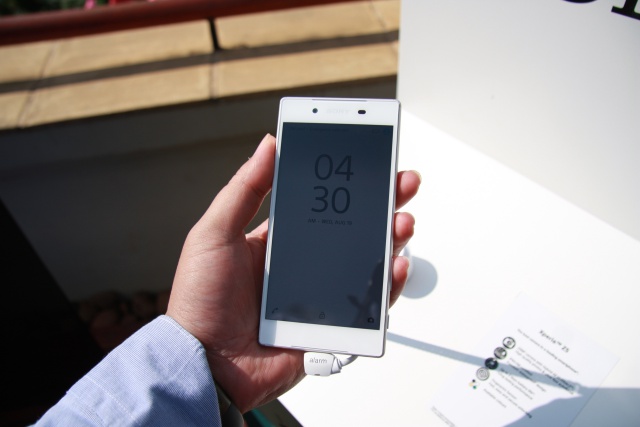 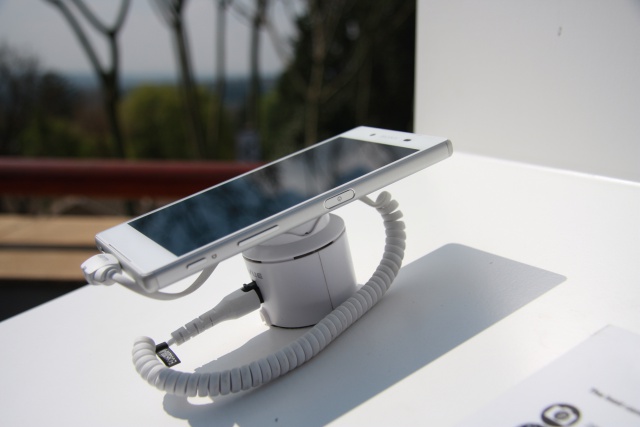 Let Me Entertain You

Last but certainly not least, is the Xperia Z5 Premium. As mentioned before, the world’s first 5.5" 4K (3840x2160) device garnered plenty of attention, and for good reason. Shooting video with it is simply superb, much like Dorothy turning into technicolour once landing in Oz, the Xperia Z5 Premium changes the way you view phablet displays.

It might be early days for the Xperia Z5 Premium, but much like the Galaxy Note has set the pace for work-oriented phablets, we believe this new 4K device will be the one to beat as an entertainment-focused phablet. Along with shooting and playing 4K content, the Xperia Z5 premium can also upscale from 480p and upwards, but we have not seen this aspect in action just yet.

As compelling as the Xperia Z5 Premium is to view content on, there is a superficial issue that we found - fingerprints. The Premium has a reflective, mirrored back cover that, while beautiful in sunlight, is a magnet for smudges and marks. Considering the fact that you'll be holding the Premium in landscape to watch hi-def movies and videos a lot of the time, the mirrored back cover can quickly become grimy, which is not necessarily a ‘Premium’ experience. 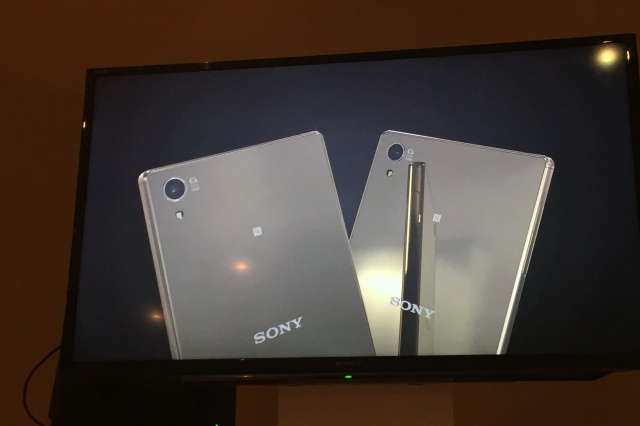 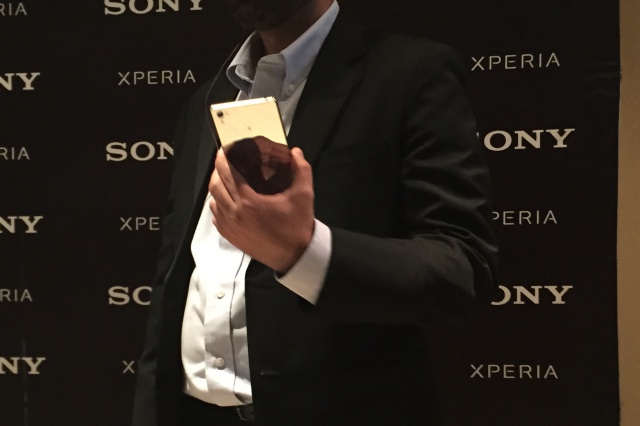 One of the problems of seeing a trio of great devices like Sony's Xperia Z5 range, is now having to wait for them to arrive in South Africa. At the moment, Sony Mobile South Africa says all three devices (single SIM variants only) will land in SA during Q4 2015, with no precise date slated just yet. The other unknown factor in all of this is price, with Sony Mobile South Africa still hashing things out with local service providers.

It will be vitally important that Sony gets its pricing right, particularly for the Xperia Z5 Compact and Xperia Z5, which will be aiming to make a mark on the local flagship smartphone market. As for the Premium phablet, it is a niché product at the moment, considering it is only for users that have a need for 4K content.

In the interim however, Sony has certainly laid down a strong marker for the early part of 2016. 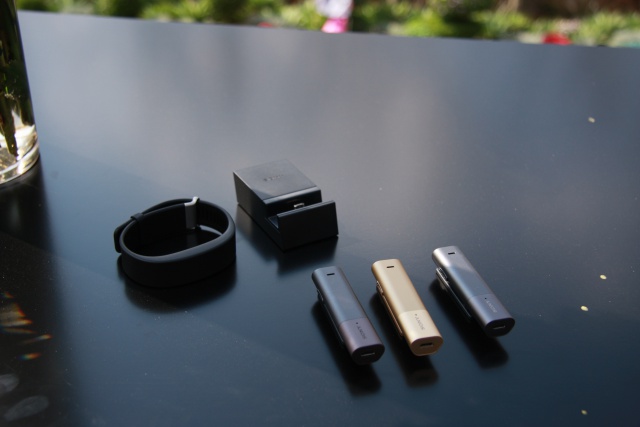 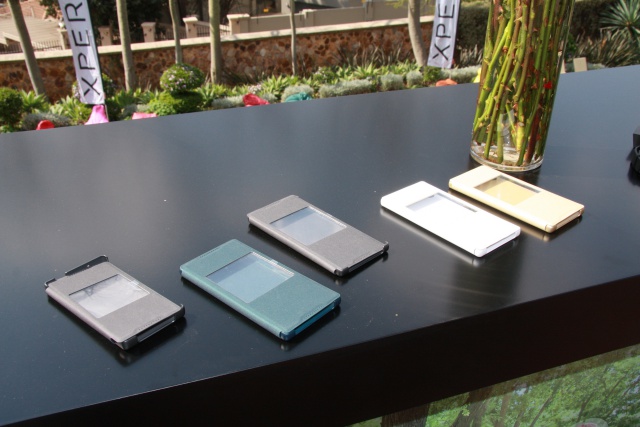