The original Fitbit Versa was an appealing proposition, being a smaller type of smartwatch that did things like heart rate monitoring and sleep tracking quite well. Its upgrade, the Versa 2 has now seen the light of day, and if you’re a fan that expected a lot from v2, well, maybe don’t get too excited.

In terms of look and feel, Fitbit did not deviate too much – have a quick glance and you will be hard pressed to tell the difference, except perhaps for the one button on the side that replaces the previous three. The Versa 2 also features a slightly larger AMOLED screen, providing more saturated colours.

The one thing we really, really wanted included was GPS, but Fitbit said no, which means you still have to go running with your phone and connect via assisted-GPS. If you don’t want to track your runs or will be busy in the gym, the new Spotify app should keep you company - but only if you are a Spotify Premium subscriber. 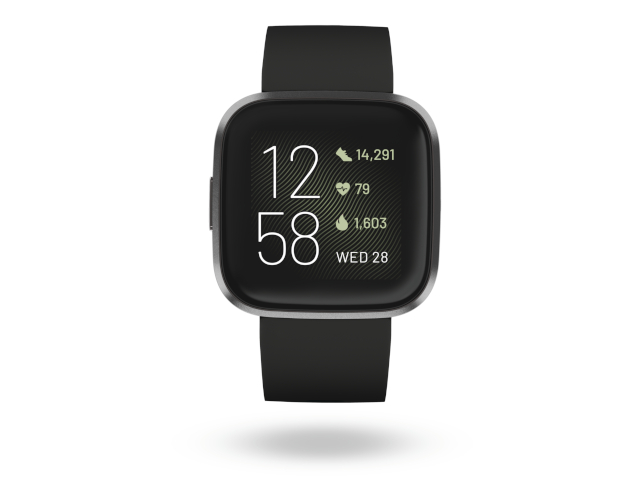 A few weeks ago the fact that the Versa 2 will support Amazon Alexa leaked. This is indeed the case, since there is a microphone on board, although no speakers to hear her soothing voice. It looks, however, if South Africans will miss out on this, seeing that Alexa is only supported in regions where it has already been activated, according to the company. The microphone does allow you to respond via speech to text to messages straight from the Versa 2, so there's that at least.

As far as sleep tracking is concerned, the Versa 2 brings something to the table that we’ve long been waiting for – Sleep Mode. This disables quick view allowing you not to be blasted by a ray of screen light while in bed. Also onboard is new Sleep Score that rates the quality of your sleep per night. Smart Wake will set your morning alarm off at the best time in your sleep cycle within a pre-set 30 minute period. These features are apparently making an appearance on the first Versa too.

Coming soon to the Versa 2 is an Estimated Oxygen Variation Graph, which calculates the variability of oxygen levels in your bloodstream, apparently an indication of your breathing during sleep.

In another plus, Fitbit notes five days of battery life instead of four, while Fitbit Pay is onboard. The smartwatch manufacturer also states that the Versa 2 comes with a faster processor.

Having been big fans of the original Versa, we can’t exactly say we’re over the moon for the new model. However, we reserve judgement until we’ve actually tested it – perhaps all the minor upgrades add up to a fresh experience.