Titanfall shot down for South Africa

It appears that Titanfall has become Titanfail as far as South Africa is concerned. If you were looking forward to playing the game when it arrives locally then you may need to cross it off your ‘games I can’t wait to play’ list altogether. Apparently, the multiplayer shooter has taken a bullet, and will not be made available to South African players at all. This, we are sad to say, is not a spurious rumour but has been confirmed by EA South Africa.

On its Facebook page, the company explained that after conducting recent online tests for Titanfall, it “found that the performance rates in South Africa were not as high as we need to guarantee a great experience, so we have decided not to release Titanfall in South Africa at this time.”

Stating the obvious, the company continued: “We understand this is a disappointment for local fans and promised to keep fans posted on any future plans regarding the release of Titanfall locally.”

Someone needs to explain to the genius behind this decision that a first person shooter title does not involve shooting your own, most highly anticipated game in the foot.

The Dark Knight looks set to rise again with developers Rocksteady announcing the concluding title in the massive franchise, Batman: Arkham Knight set to drop later this year. This will be the fourth title making its way to major consoles and the third to come from Rocksteady, with the previous installment Batman: Arkham Origins developed solely by Warner Bros. Games.

Rocksteady released a trailer to coincide with the new game’s announcement, entitled Father to Son. The trailer offers some definitive insight into the new look and direction that Arkham Knight will be taking. For one, Bruce Wayne and Batman have been hitting the free weights, looking far leaner than previous iterations. A similar redesign has been adopted for perennial villains Two Face, Penguin and Harley Quinn. Unfortunately, there is no official word on whether or not the Joker will be making an appearance. Another exciting new feature for this game will allow users to finally operate the Batmobile, which resembles the armoured, tank-like Tumbler from the Christopher Nolan Dark Knight franchise.

The game is currently available for pre-order on its official website for PS4, Xbox One and PC users, and if the trailer is anything go by, this may just be the best title in the franchise.

Watch out for Watch Dogs (again)

If you have a persistent barking noise in your ear, don’t panic, it may just be because Watch Dogs is fiddling with the gate. The game – which was one of last year’s most highly anticipated until it was bumped - has now received a new release date and a new trailer as well.

The release date for when Ubisoft will finally let the Dogs out has been confirmed in the not too distant future of 27th of May, and will release on the PC, PS3, PS4, Xbox 360 and Xbox One. In case you need refresher on why this game is the one to watch out for, take a look at the newest trailer below.

Game developers, Konami has released a new data pack for PES 2014, adding a host of enhancements and additional content for PS3, Xbox 360 and PC users. Among the new content available in this new download, include new kits and football boots for users to deck their players in.

Konami will be paying particular homage to European club powerhouses of yesteryear, with replica kits for the 1899 AC Milan and 1982 Roma teams. Red Devil fans will also be able to enjoy kits from Manchester United’s historic treble-title winning side of 1999. In total this data pack will offer users access to 13 new kits and 43 kit updates, as well as the addition of 16 new boots to ensure your team is sporting the latest swag.

All in an effort to add to authenticity of the football experience, an area the franchise has traditionally been poor at. Perhaps this concerted effort from Konami will help the title gain some ground on FIFA’s dominance. 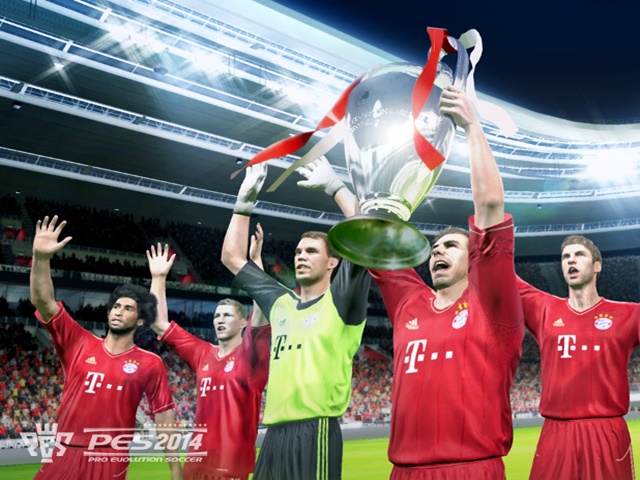 In more shocking news for the week, it emerges that Amy Hennig (the creative force behind the Uncharted series at Naughty Dog) has left the company, with rumours swirling that it was not a cordial departure. This marks a massive loss to not just Naughty Dog, but players as well, as Hennig had won awards (and rightfully so) for her extremely well drawn characters and stories.

Another major departure rocking the game industry was Jack Tretton, who has stepped down as president of Sony Computer Entertainment America (SCEA), to be replaced by Shawn Layden. What these two departures mean for the gaming industry (and future games like the forthcoming Uncharted) and Sony respectively is not yet clear. Let’s just hope it doesn't mean the death of a beloved franchise.

According to reports, Microsoft is looking to expand its Xbox Live application to Android and iOS platforms. This information comes from a job posting found on Microsoft’s intranet portal at the beginning of the week. Detail for the now-deleted job posting stated Microsoft’s plans to create a multi-platform “framework” for developers. “We will create a modern framework that is open-source, lightweight, extensible and scalable across various platforms including Windows Store, Windows Phone, iOS, and Android.”

This development is currently unconfirmed from Microsoft, but it would make logical sense for the company to port the Xbox Live’s functionality to other platforms, considering Apple has the Game Center and Google make use of Play Games for similar application.