This week's Geek News features the fourth edition of the Gaining Velocity comic anthology, trailer for war-drama Fury and an app that channels your inner Hodor from GoT.

The fourth edition of Velocity is set to go on sale this Saturday, 5 July in Cape Town at Readers Den comic book store. There will be limited number of copies available, while fans will can have the issue signed by some of the contributors.

Velocity offers a platform for South African and Australian comic book authors and illustrators to showcase their talents, as well as gain some much needed exposure. 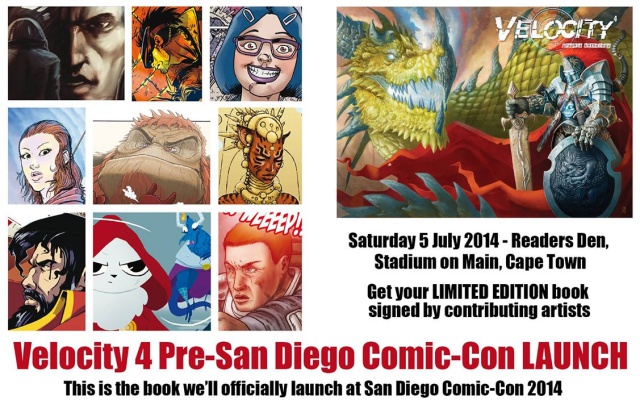 Forming part of the Velocity team is our very own comic guru Moray Rhoda, who serves as the editor and publisher for each of the anthologies. Moray will also be heading to the San Diego Comic Con as panel member later this month, along with Neville Howard and Ray Whitcher to discuss the fourth issue of Velocity, as well as the current state of comics in SA. Watch this space for his report back.

The first trailer for Fury, a visceral war movie, has made its way online. Brad Pitt takes on the role of Sergeant 'Wardaddy' Collier, a tank commander charged with leading and protecting a small band of soldiers as they make their way through enemy infested Germany. It comes from writer/director David Ayer, who many will remember from his work writing 2001's Training Day.

Pitt is joined by a relatively young cast of actors, the most notable of which being Shia Labeouf, who is still trying to shake the remnants of his Transformers days. The other key cast member is Logan Lerman, who plays a babyfaced private that joins Wardaddy's team of hardened veteran fighters.

Although set in highly contrasting worlds, there are certainly some parallels between the dynamics of Fury and Training Day, with the very wet-behind-the-ears Lerman used to highlight the harshness of war and the tough choices that have to be made in order to survive.

Fury is set for release in November this year, and looks a good watch for any high action war films fans.

Any long term comic book or graphic novel fan will know the work of Neil Gaiman, who is probably most well known for his beautifully illustrated Sandman series. According to reports, one of his other popular works, American Gods, is set for development as a TV series by American network, Starz. The network also announced that Pushing Daisies series director, Bryan Fuller is set to helm the pilot. 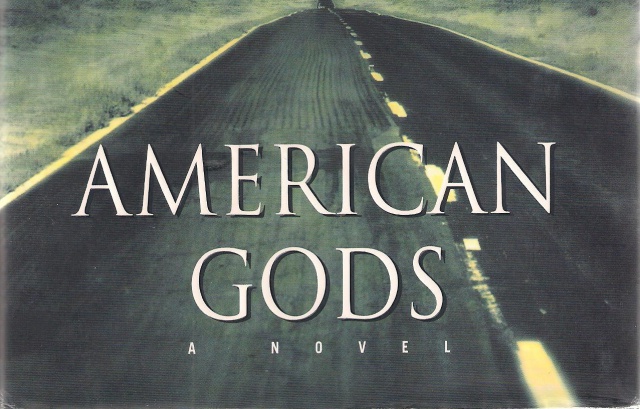 For those of you who don't know, the basic premise behind the novel merges the worlds of American culture and obsessions with elements of ancient mythology. As immigrants entered the United States in the early 90s, they brought with them the ideas of Gods and Spirits, which manifested themselves into reality through intense belief. Over the decades, these Gods' power waned, with new Gods rising from the new obsessions in technology, media and drugs.

This novel has gained a substantial cult status, with some even going so far as tattooing specific quotes from Gaiman's work onto their bodies. We only hope that Starz is able to do American Gods justice.

It looks like more kaiju and giant robots are on the cards, with reports confirming the rumours of a Pacific Rim sequel in the works. The original writer/director Guillermo del Toro is currently writing the script for Pacific Rim 2, alongside The Avengers' Zak Penn. The film will also be produced by a new studio, the Universal taking over from Warner Bros. 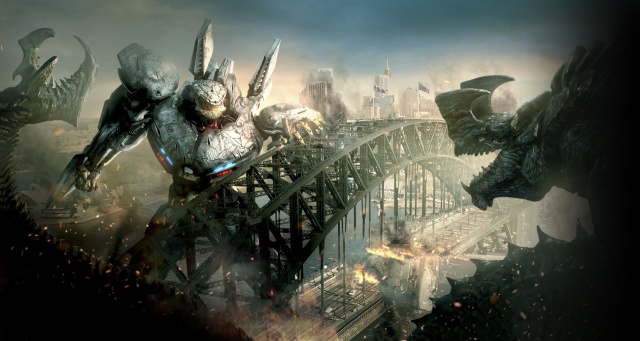 This news may surprise some, considering the fact that the movie did not fare well in the US market, but the move has been prompted by Pacific Rim's strong showing in the Asian markets, raking in $111 million in China alone.

As far as definitive details on the script and cast goes, very little is known, apart from the skyscraper-tall monsters that will surely litter the screen. What we can confirm at this stage, is the film's expected release date, scheduled for April 2017. We'll be sure to keep kaiju-flavoured updates coming till then. 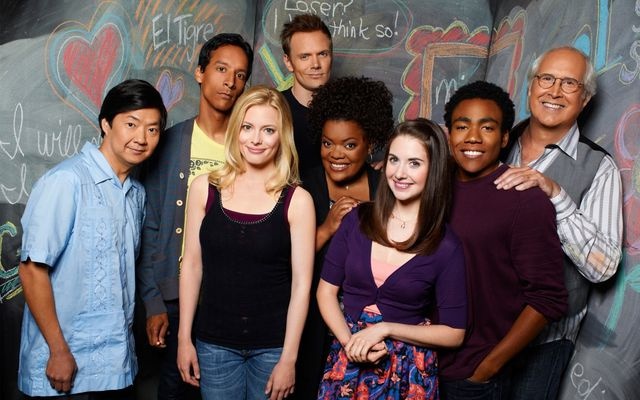 Community has garnered a strong following over the years, ever since its debut in 2009. A lot of that had to do its borrowing from various sub-genres of film and television and wild interpretation of what a college experience is really like. The sixth season should mark the ultimate conclusion of the series, as the plot and storyline look to come full circle.


Yo, Hodor replica app trolls the original Yo, Game of Thrones style

When an app becomes extremely popular, it invariably leads to a range spin-off apps that look to benefit from the original's success. Some, may remember a social media named Yo, which launched a couple of weeks ago. The app essentially lets users send a single message to their contacts, that message being the eponymous "Yo".

Now, app developer Tyler Hendrik, has added his own unique Game of Thrones interpretation on the wildly popular social media app, named Yo, Hodor. As you might of guessed, it gets its name from fan favourite GoT character Hodor, who just like the original app, can only say one word - Hodor. 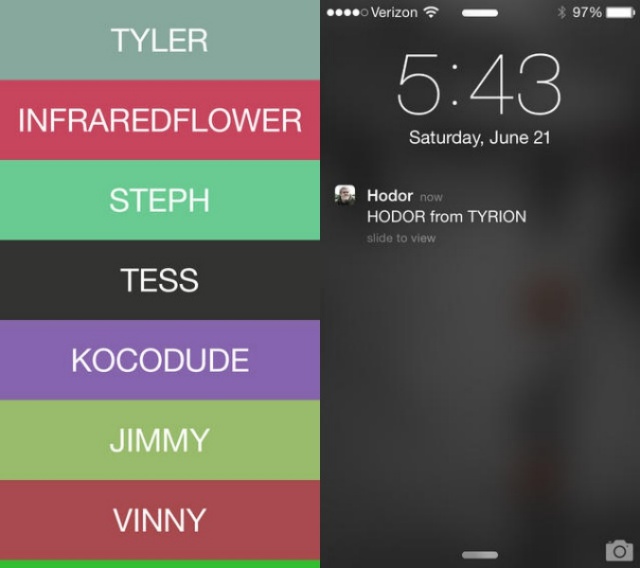 As expected Yo, Hodor performs in exactly the same way as the original, with users being able to send a message to any of their listed contacts who have also downloaded the app. At this stage, Yo, Hodor is free and available for iOS users only, but should port over to other operating system as its popularity increases.