HBO's newest television series Silicon Valley has garnered plenty of interest from US audiences, and is best described as a mixture of The Office and Big Bang Theory.

It follows an ambitious group of IT geeks as they begin their own music-based startup named Pied Piper. The show's creator, Mike Judge, even boasts some real-world tech experience, as he formerly worked as a systems test engineer in East Palo Alto, California.

In order to keep the illusion alive, a fake landing page has been created for Pied Piper, chronicling its development, key developers (Silicon Valley cast members) and future plans. It's still unknown whether or not it will arrive locally, but we urge you to get your hands on it by any (legal) means necessary as it's hilarious.

iNumber Number is a locally produced film, written and directed by Spud's Donovan Marsh, and set to showcase in local cinemas from 25 April 2014. The story centers around an undercover cop team who join a cash-in-transit heist gang after dealing with corrupt supervisors.

For fans of indie films, iNumber Number looks an exciting prospect dealing with the rather harsh realities of disenfranchised life, and may have the potential to be the next Tsotsi.

It appears as if Sony Pictures don't believe Ashton Kutcher's portrayal of Steve Jobs was any good, as they have begun work on a new biopic for the Apple icon. The film was initially being helmed by David Fincher (Se7en, The Social Network), but he has since departed from the project. The directorial void is now said to be filled by Danny Boyle (Trainspotting, Slumdog Millionaire), with rumors pointing to Leonardo DiCaprio to play Steve Jobs. The pair last worked together of The Beach.

Details regarding the screenplay have not been fully disclosed, but it is being written by The Social Network's Aaron Sorkin and said to hinge off Walter Isaacson's best selling biography, as well as the consulting input of Apple co-founder Steve Wozniack.

With The Amazing Spider-Man 2 arriving in SA cinemas tomorrow, Marvel is already hard at work on a potential Sinister Six spin-off project. The first step in this process is deciding which one of the Spider-Man villains will make the final cut. The original Sinister Six was formed by Doctor Octopus, who assembled fellow Spider-Man series perennials Electro, Mysterio, Vulture, Sandman and Kraven.

Those of you who have seen the official trailer for Amazing Spider-Man 2, may have noticed a sneak peek of two of those characters in particular, when Peter Parker makes his way through a secret Oscorp laboratory. One can see a set of Doc Ock-esque arms as well as a pair of mechanical wings, which most probably belong to Vulture. As far as Electro's involvement goes, we will have to see how he fares in this new Spidey sequel.

A rough timeline has reportedly been divulged, with plans to release two non-Spidey centric films before the release of Amazing Spider-Man 4 in May 2018. The two films in question, will be the aforementioned Sinister Six film, with the other being an unnamed Venom feature. This development means that there is plenty to look forward to in the coming years from Marvel and the Spider-Man universe.

Also happening locally and close to home, for those amphibian and reptile geeks out there, the Johannesburg Zoo has announced that finally, its Animals of the Amazon exhibit is now open.

Admittedly, we managed to sneak in earlier this year and for a moment dip ourselves into some good Indiana Jones nostalgia when exploring the chambers of the Mayan pyramid complex which houses the exhibit. Even though at that time the exhibit wasn’t fully populated yet, it was still an enticing addition to the zoo, that, with just a bit of imagination left us forgetting that we were in the leafy suburbs and rather deep in the bowels of a forgotten pyramid.

Helping matters was contemplating that the South American denizens, which includes the likes of tarantulas, frogs (some no bigger than your fingernail) and snakes, were deadly in their natural environment.

This is certainly a look, but don’t touch experience (not that you could considering they are behind glass). 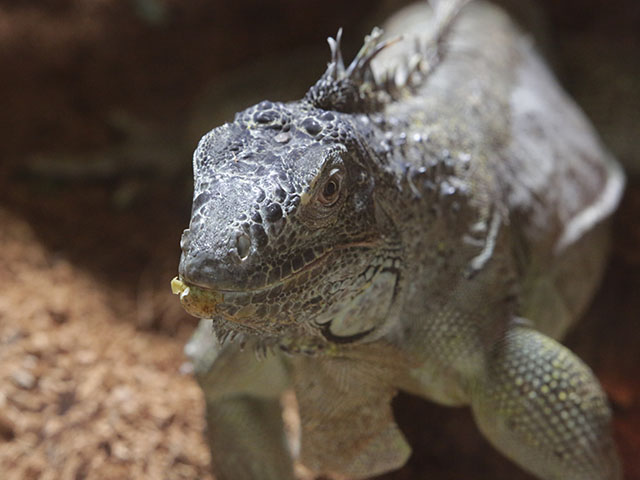 If the fantastic trailer for How To Train your Dragon 2 left you hankering for more, than maybe this will tide you over until the full movie comes out on the 20th of June. Now, the first five minutes of the movie are apparently available, and if they are anything to go by, it looks like the second movie manages to retain the fantastic charm and vigor that made the first one a gem.

The sequel, set five years after the first movie, opens with a very different Berk, one which heartily embraces dragons and dragonriders, although the sheep seem somewhat less than impressed by the draconian developments.

If you happen to be like us, ie soundtrack/score geeks, then here is some really good news – Audiomachine have announced that their next album to be publically released will be Phenomena, which will be made available on the 6th of May.

In case you aren’t familiar with Audiomachine, chances are you have already heard their musical accompaniment many times without knowing it.

Considering the fact that Audiomachine does scores that are used by a myriad of movies and games for their trailers, in adverts and for ‘small’ sporting events like the Olympics, and only release their audio masterpieces to the public rather infrequently, this is good news indeed. The album will be made available on Amazon, iTunes and CDBaby.