2001: A Space Odyssey gets new trailer

Stanley Kubrick has made a number of iconic films during his directorial career, but one of his best works is 2001: A Space Odyssey. It set the bar extremely high for the sci-fi film genre and is yet to be matched in our opinion. Set for re-release in the UK next month, the British Film Institute along with Warner Bros. have debuted a new trailer, that is better than the original in a lot of respects. The trailer itself captures some of the most iconic moments from the film, with its epic soundtrack in the background.

As part of the BFI's Sci-Fi: Days of Fear and Wonder film season, they will be showing other Kubrick films in select cinemas across the UK, including A Clockwork Orange. Other films being showcased are Terry Gilliam's Brazil and Barbarella starring Jane Fonda.

Guardians of the Galaxy mixtape released on cassette

Guardians of the Galaxy (review) has proved a roaring success since its release and provided a welcome change to Marvel's usual superhero fare. One of its best elements was the awesome 70s-inspired soundtrack, chock full of hits that paired fantastically well with the feel of the film. In it, Peter Quill, a.k.a Star Lord sports a Sony Walkman with a cassette mixtape titled Awesome Mix Vol. 1. Now Hollywood Records has debuted an actual cassette tape mirroring the one found in the film, set to retail at select stores in the US for the annual Record Store Day. 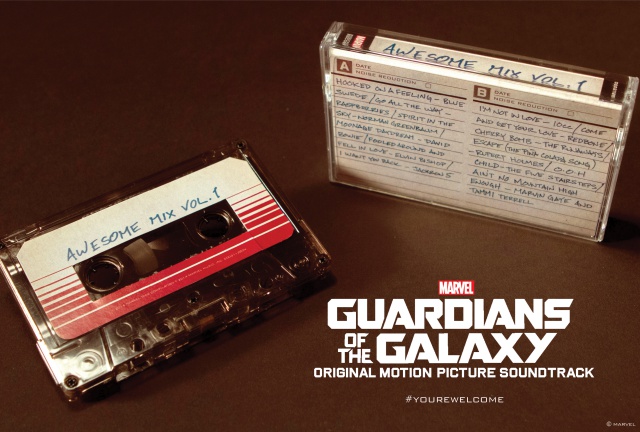 Disney, who just so happen to own Marvel's movie rights, have not disclosed how many copies of the cassette will be produced, or whether it will be available outside the US. For more info on Record Store Day and the Guardians of the Galaxy Awesome Mix Vol.1 cassette tape, contact Mabu Vinyl (Cape Town) or Multi-Racial Records (Pretoria), both of whom participate in Record Store Day.

James Bond's submarine car to go on sale on eBay

James Bond may have a licence to kill, but we're more interested in the gadgets and cars that Q constantly kits him out in. There have been many memorable vehicles in the 007 collection over the years, but one of the more iconic is the submarine Lotus Esprit S1 he drove/piloted in The Spy Who Loved Me. In the Bond flick, the producers created multiple Lotus submarines to use during filming, with three of them set to go up for auction on eBay. 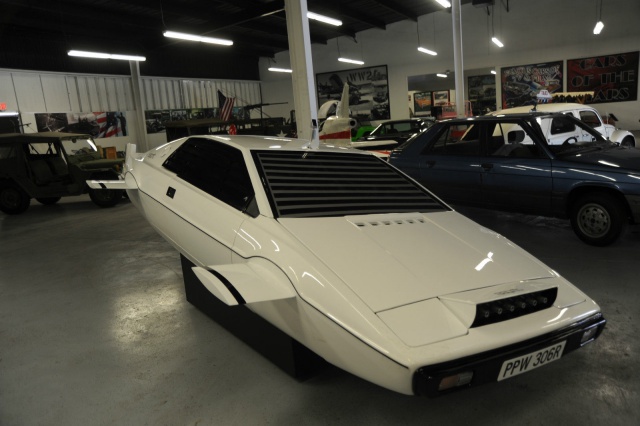 The Esprit is listed at $1 million by Las Vegas-based car restorers, Hot Rod City. If you're luckily to have the money to buy this piece of film history, launching it into water is not an option, as it cannot actually submerge underwater, nor can it drive on road.

Although the person who purchases this submarine car cannot use it, they will be in good company, with Elon Musk said to have his own James Bond Lotus taking up place in his garage.

We've been aware of the follow up to Guillermo del Toro's kaiju and big robot filled mashup Pacific Rim for quite some time now, but now the visionary director has confirmed that the prospect of third film in the Pacific Rim franchise is on the cards, in a recent interview with Collider. The pair of writers who penned the original movie, Zak Penn and Travis Beachem, have already completed work on the second script with Del Toro slating release for 2017. 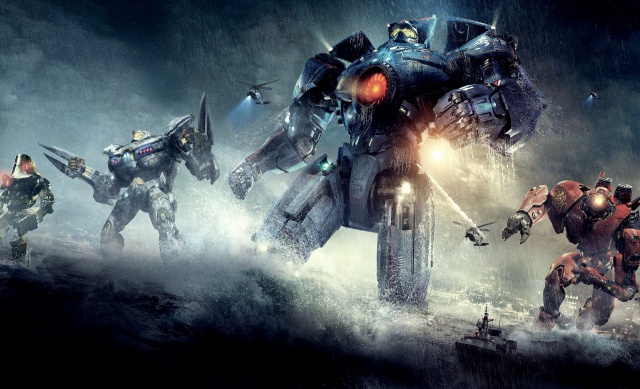 The director added that the second film will be quite different to the first, although he didn't get into the finer details. He did however add that the third will see a number of characters in the Pacific Rim 2 not making it for the third installment, as the director hopes to keep things fresh and exciting, making the trilogy as engaging as possible.

With all Marvel movie fans eagerly awaiting the arrival of Avengers: Age of Ultron in April 2015, it appears as if two of its founding members will be teaming up in the 2016-slated Captain America 3. According to reports, Robert Downey Jr who plays the enigmatic Tony Stark, looks set to join the cast of third Captain America film. Although the script remains under wraps, reports suggest that it will follow the Civil War story arc within the Marvel universe.

In it, Iron Man and Captain America square off over the government enacted law of superhero registration, as well as having heroes reveal their identity and working for the government itself. Within the Civil War comic book series, this voluntary registration is prompted by a cataclysmic event in which the Earth's fate is put in jeopardy (as it always is). 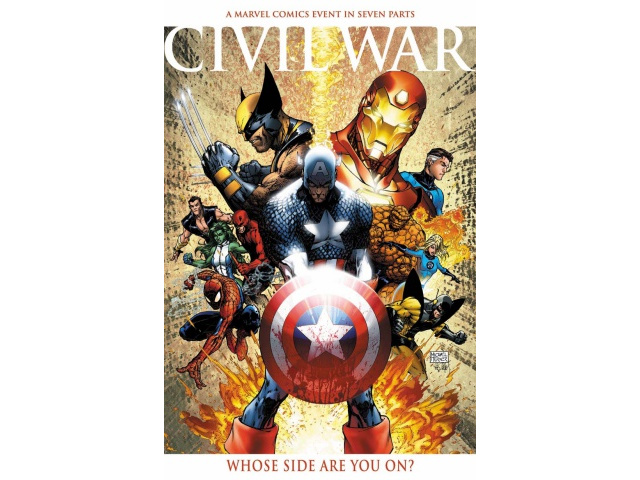 If we had to venture an educated guess, this event is most likely the Age of Ultron. It also opens up the possibility of including other superheroes not featured in previous Marvel movies, like Spider-Man, who appears in the Civil War series.

Sony's Playstation has always been about playing games, and although that isn't set to change, the Japanese company is adding a new dimension to its offerings, in the form of an original Playstation Plus exclusive series titled Powers. The show deals with a specialised detective unit which investigates the murders of superheroes, but for some added local incentive it features our very own Sharlto Copley (District 9, Elysium). 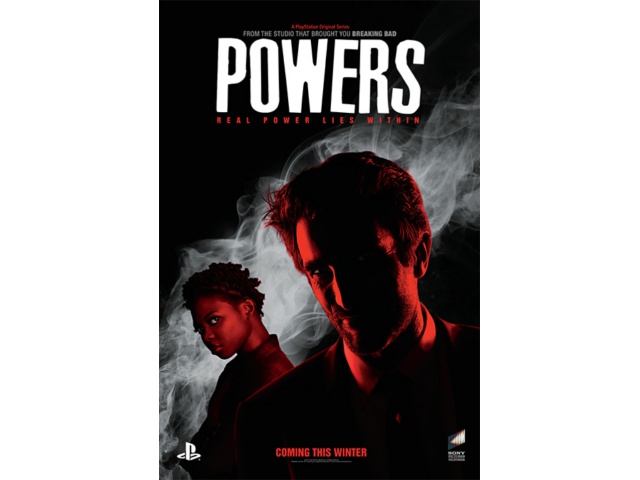 The series is based on the popular comic books penned by Brian Michael Bendis (Jinx, Alias), and sees Copley playing the lead role of Christian Walker, a superhero who has since lost his powers and some of his sanity, as evidenced by the trailer below.

The series is set to debut in December on Playstation Plus, with Sony set to divulge more details in due course. Be advised that trailer contains NSFW language.

According to the Hollywood Reporter, comic book legend (and superhero movie cameo specialist) Stan Lee is heading to India in hopes of creating a live action version of the superhero he created in 2011, named Chakra the Invincible. For those unfamiliar with this particular work, Chakra, otherwise known as Raju Rai, is an Indian teenager residing in Mumbai and a bit of a technology genius.

Much like one of Marvel's most beloved characters, Iron Man, Rai designs a suit that unlocks the chakras of the human body, and in so doing gives the wearer mysterious superhuman powers. 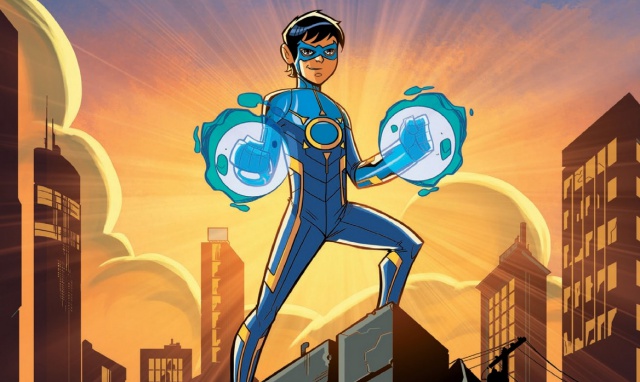 The plot of the film remains unconfirmed, but could see an adult version of the superhero taking on his arch-nemesis from the comic book series, Boss Yama. No actors have been earmarked for the role yet, but Lee has stated that a number of promising meetings and interviews have been held. Also unconfirmed at this stage is whether the film will be in a native Indian language, and where it will be released upon completion.

Should this project go into development, it will prove interesting to see how moviegoers respond to an Asian superhero, who does not have the same cult status following as some other characters.

When it comes to hyping a movie or teasing fans, a trailer is the go-to method for most studios, but movie and TV posters too, can prove just as evocative and interesting. That's the thinking behind the Key Art Awards, and more specifically its category of Best Movie Poster, the finalists being announced late last week.

Among the many movie posters listed for their visual brilliance and viewer engagement are Gravity, Fury and X-Men: Days of Future Past. It's not only the Hollywood blockbusters alone that got recognised, with Indie films The Mule and Bad Milo also cracking the nod. The winners of this award will announced on 23 October, during a ceremony in Hollywood (where else).

For those of you who may not know, the New York Comic Con got underway last week, with thousands of comic book and pop culture fans descending upon Manhattan. As per the norm, Marvel was in attendance and gave Comic Con visitors a taste of Netflix's upcoming Daredevil TV series. Along with four clips from the pilot, introducing viewers to the main characters, among which are Charlie Cox (Matt Murdock/Daredevil), Rosario Dawson (Claire Temple) and Vincent D'Onofrio (Wilson Fisk/Kingpin), Marvel also released images for fans to peruse. 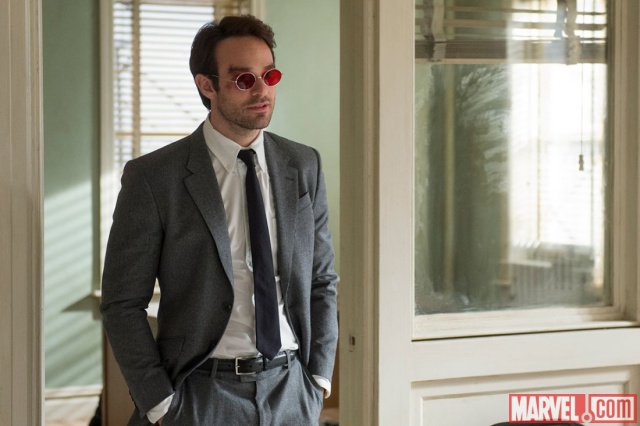 In them, we are given a first look at a rose-tinted glass wearing Murdock, who defends the little man as a lawyer in Hell's Kitchen, New York. The second image sees Murdock donning an all black outfit, as he starts his journey into vigilante justice. Set to launch Stateside in early 2015, it should prove interesting to see how Netflix's Daredevil fares against another new series in Gotham. 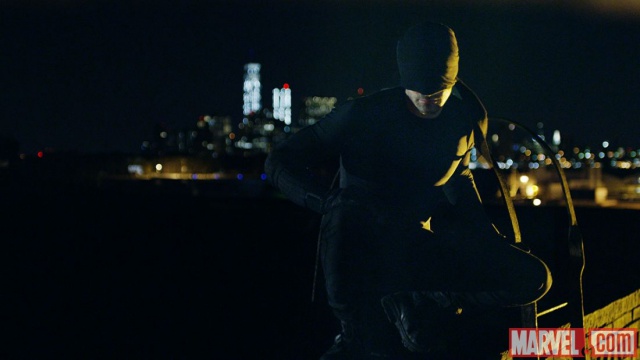