We've detailed images and trailers for our favourite eight-foot tall turtles in recent months, which has garnered its fair share of mixed reactions. On the one hand, the nostalgia factor alone will have us queuing to watch it in cinemas. But the look and feel of the Teenage Mutant Ninja Turtles themselves is slightly different from that of the early 90s animated series so many of us fell in love with.

It now appears as if producers have been equally liberal with their interpretation of Shredder, the Turtles' arch-nemesis. An image of the new-look Shredder was posted thanks to a TMNT Twitter Fansite, and the 2014 version is pretty imposing, standing at least 10-feet tall. This interpretation leaves us sitting on the fence, as Shredder was always depicted as a man with exceptional fighting skill and plans to rule the world (as they all do), but this one seems more like a man inside a machine, which is not really true to the source material. We only hope that Master Splinter is in fact a rat-human hybrid, otherwise Michael Bay will be getting even more fan hate mail.

Rocket Raccoon dominates in new Guardians of the Galaxy trailer

When it comes to superheroes, our Geek News has been pretty Batman heavy of late, with DC Comics aiming to amp up hype for their slate of films in the next year. Marvel too, is looking to stay relevant, and released a new trailer for Guardians of the Galaxy, where Rocket Raccoon (voiced by Bradley Cooper) steals the show.

As with previous trailers, we are given a little bit of insight into each character's role, with specific detail on Star Lord's (Chris Pratt) origins. We are also given a slightly better glimpse of Thanos, who will be playing the antagonist in this film, a character many fans will remember from the end of the first Avengers movie.

Set for local release on 1 August 2014, this is one Superhero tag-team romp we can't wait to see.

Hoverboards are now a reality, well technically they are, thanks to a retrofitted flyboard and a massive lake. A flyboard is something one may have seened in the past, and is essentially two water-powered jets attached to both ankles, allowing its wearer to perform some insane manoeuvres. The Hoverboard by ZR, designed by the same company that manufactured the Flyboard, Zapata Racing, has released a series of videos showing off their new creation.

Unfortunately for those wishing to take this Hoverboard onto Hartbeespoortdam (despite possible hygiene troubles), you're sadly out of luck as it is only limited to customers in the US, with pricing yet to be officially disclosed. Regardless of that fact, the video for the Hoverboard by ZR is quite impressive and well worth checking out.

Gaming studio Valve, has tried their hand at short animated films, with the release of a 15 minute long feature for one of its most popular titles, Team Fortress. The short film, entitled Expiration Date, hooks up with Team Fortress' band of mercenaries, who only have 72 hours to live. This may sound like heavy stuff, but Valve has found an ingenious way of making it look and feel fresh and funny.

This 15 minute feature is designed to coincide with the release of new original content for the Team Fortress gaming franchise, Love and War, which released earlier in the week. This content update will not give players access to any new gameplay enhancements, but will allow them to dance with their enemies or play rock, paper, scissors with them, if that's what you're into.

If, like us, you are particularly excited about the news that Tim Kriger’s Heroes is making a return to the small screen, in a 13 part series, then you may appreciate the latest news – apparently Noah Bennet (Claire’s father for those who need a refresher) aka Horn Rimmed Glasses (HRG) will be making his return as well.

While Heroes Reborn will boast a new cast and a new story revolving around the genetically gifted/cursed humans, and apparently neither Milo Ventimigla (Peter Petrelli) nor Skylar (played by Zachary Quinto) are expected to make guest appearances. Indeed, that’s not a huge surprise.

Since Heroes came to an end, Quinto has trading in playing the watchmaker/psychopath with a penchant for slicing people’s scalps open and examining their brains, for playing Spock, a Vulcan/first officer with a penchant for annoying Kirk and examining his motives. Nonetheless, HRG’s return to the series, even if it is periodic, could satiate long-time fans of the original show. At least, hopefully, we will finally find out what happened after the series finale’s big reveal. 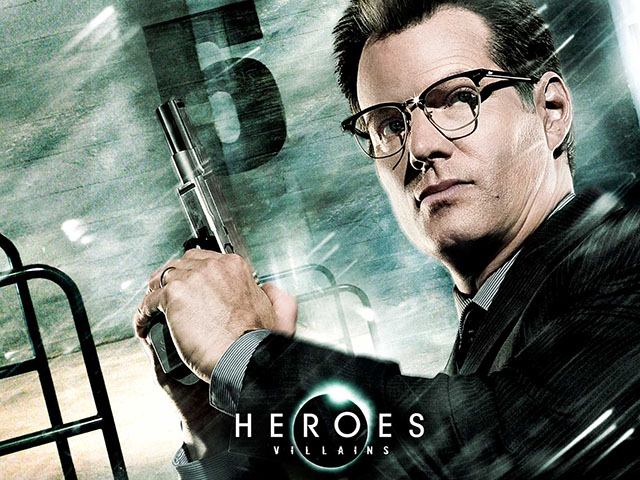 Superman, Batman may have to contend with Khal Drogo

If rumours are to believed, then Jason Momoa (aka Khal Drogo in Games of Thrones) may well be lined up to star in the forthcoming Batman v Superman: Dawn of Justice movie. At this point though, indications are that they we might be able to expect to see Aquaman make an appearance, with that film addressing the ramifications of Superman’s actions in Man of Steel on the oceans.

Playing Aquaman would make an ideal next step on Momoa’s conquest of the Geekverse. Before he was Khal Drogo, he played Ronon Dex from Stargate: Atlantis; both being characters that you wouldn’t exactly want to trifle with if you valued your life. Admittedly, the news is unconfirmed as yet, but as Khal Drogo learnt, there’s no smoke without fire (and your wife burning your ‘healer’ to death at your side).

Admittedly, the Resident Evil movies may not ever win an Oscar, but for the most part they have been fun, over the top entertainment. Considering that Milla  Jovovich – who has starred in all of them – has done a bloody good Alice, we admit we are looking forward to what is arguably one of the better game-to-movie tie-ins to come out of Hollywood (and still much better than any of the Twilight movies).

For those who scoff, consider this: the five movies to date have grossed almost a billion dollars combined, with the fifth one, Resident Evil: Retribution raking in a tidy $240 million on its own.

Apparently the latest news is that a sixth movie is indeed in the works, and judging by the title, it may well be the franchise’s swan song. Alas, Resident Evil: The Final Chapter is a long way from the silver screen, and is still currently being penned by Paul W.S. Anderson (Pandorum, Alien vs Predator, The Three Musketeers). 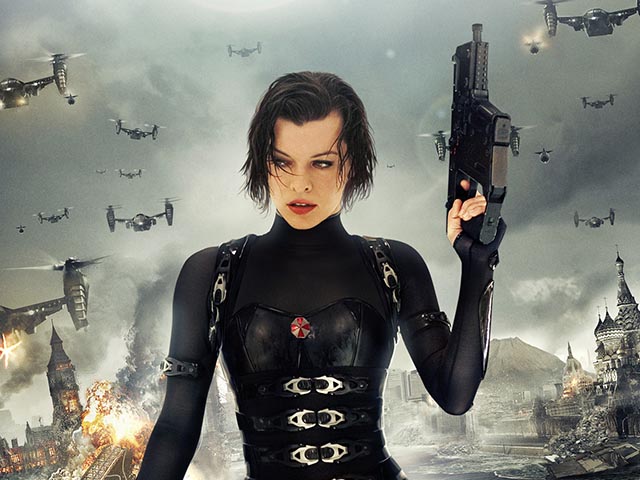 Have you ever wondered how to perfectly blend your love for the culinary arts, with your intense passion for anything Star Wars related? Well, you're in luck, as the Star Wars X-Wing knife block is now available for pre-order.

The X-Wing shaped knife block itself is constructed from plastic and coated in chrome, to match the stainless steel knives, of which there are five. All of which should be able to handle most slicing and dicing requirements, although we're not too sure how they would fare against the Death Star.

Those interested in getting their hands on one of these knife block's can pre-order it from The Fowndry, where they will set you back £70 (R1 270). 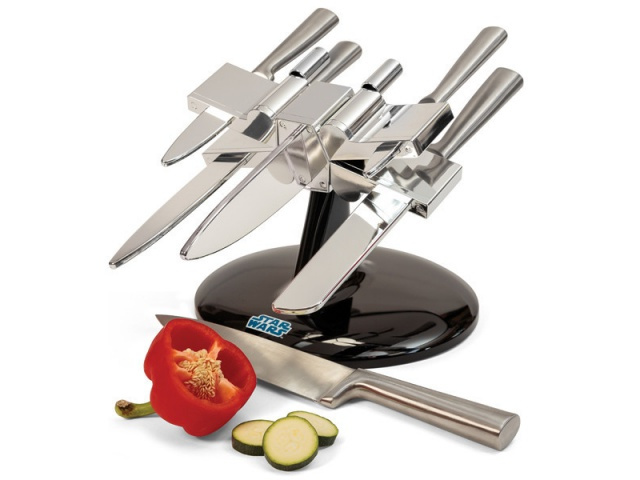