The connected car has been spoken about in one form or another for the past 18 months, with Google's offering in those stakes being Android Auto. The company first divulged details around it last year at Google I/O, then this year's CES showcase proved a great playground to see the tech in action. 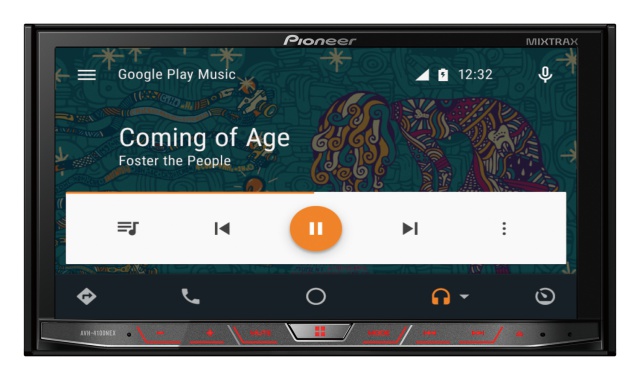 Today Google has debuted the first purchasable Android Auto compatible product, in conjunction with Pioneer. The Japanese audio specialists have debuted a new head unit that works with Android Auto, and can be retro fitted to a number of newer car models. Added to this, Google also showcased a new app that will work in tandem with Pioneer's head unit to deliver Android Auto to one's dashboard. Pricing for the unit is unknown, but is said to be rather expensive according to reports.

The app will feed all your Google Maps, Messages, Google Play content, Google Music and Weather info into the head unit, woking pretty much on par with Apple's CarPlay infotainment system. It will also require a Lollipop (5.0) compatible device to work, as well as the necessary hardware.

At this stage, no carmaker has debuted a vehicle with Android Auto already baked in, but Google says a number of manufacturers are already signed on for the value added service. At this stage, the Pioneer head unit offering is only available in select countries, and sadly no African one has made the cut.