Earlier in the year Google was rumoured to have new designs for its Virtual Reality headset, one that was more fully fledged than the Cardboard. The company detailed said designs at Google I/O, but has now breathed life into that rendering and unveiled its Daydream View headset to the public. 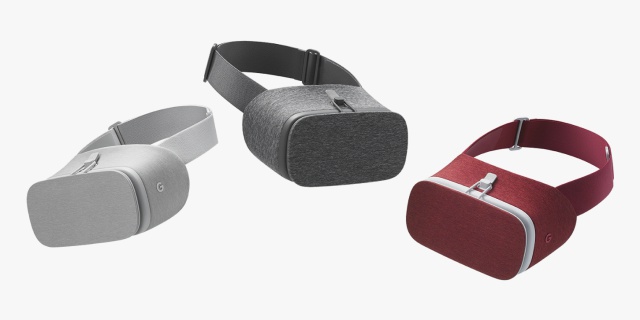 First and foremost, it doesn't look like the current VR headsets flooding the market of late, but rather uses synthetically created breathable materials to increase comfort for the wearer, according to Google. They say it is up to 30% lighter than other similarly sized devices, which would certainly make prolonged wear easier. It will also require the use of a Daydream-ready smartphone in order to work, akin to Samsung's Gear VR. At the moment, only the pair of Pixel devices fit that bill, powered by Android 7.0 Nougat.

It also comes with a controller, which acts as a wearer's cursor, bat, wand or gun, depending on the application or game being piped through the headset. In terms of content, Google is in talks with several companies and developers. For now, YouTube and Netflix remain the main sources of entertainment, but Google claims an estimated 50-plus apps and games from developers will land on the Daydream View between now and the end of the year.

Pre-orders for the Daydream View begin on 20 October Stateside, with a $79 asking price, which is relatively low compared to smartphone-aided VR headsets.